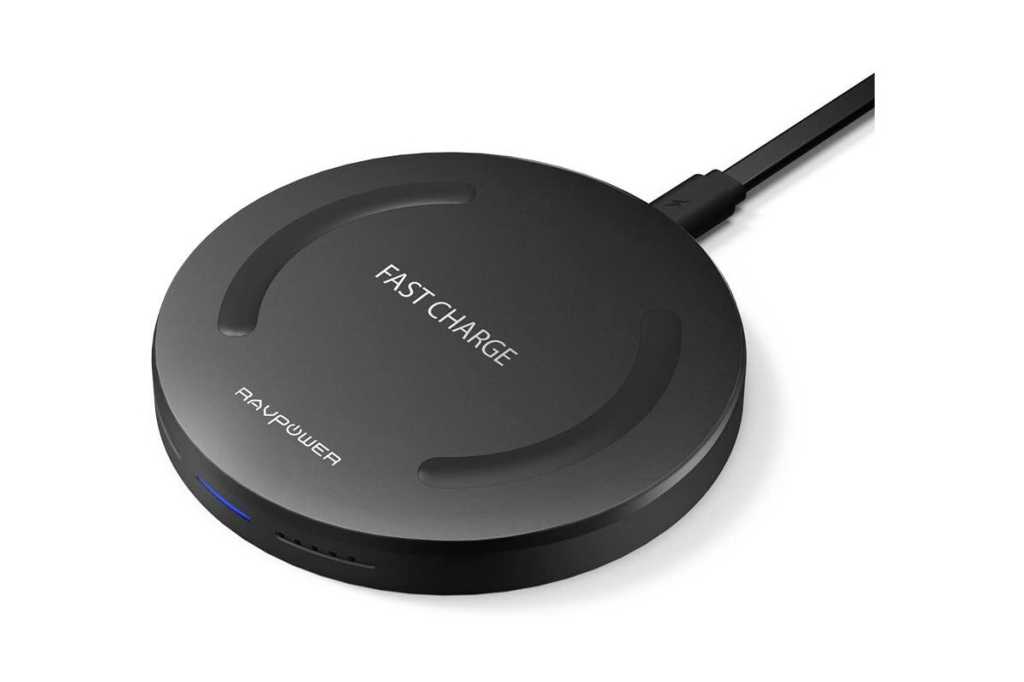 Wireless charging is awesome, but sometimes it’s just not worth the money to buy an extra charger. Connecting a microUSB or USB-C cord isn’t that taxing after all. Today, however, RavPower is offering a deal that’s hard to ignore. The mobile accessories maker is selling its 7.5W fast wireless charging puck for $5 at Amazon. To get the deal you have to clip the $3 coupon under the price, and then use the promotional code WZZJ872H at checkout.

This charger works with Qi-enabled devices, though it doesn’t appear to be a Qi-certified charger. That means it’s Qi-compatible, but doesn’t have the blessing of the Wireless Power Consortium—the group behind the Qi charging standard.

This circular charger features an LED indicator to signal when its charging or in standby mode. It also features anti-slip padding on the charging area, as well as the underside. RavPower advises using this charger with a 15W or higher wall adapter.

The company also says it won’t charge through cases thicker than 3mm or cases made of metal. You must also remove any magnetic objects from the back of the device before putting it on the charger.

That’s not as convenient as other wireless chargers that have enough power to charge through thick cases, but it’s only $5, making it well worth a try.