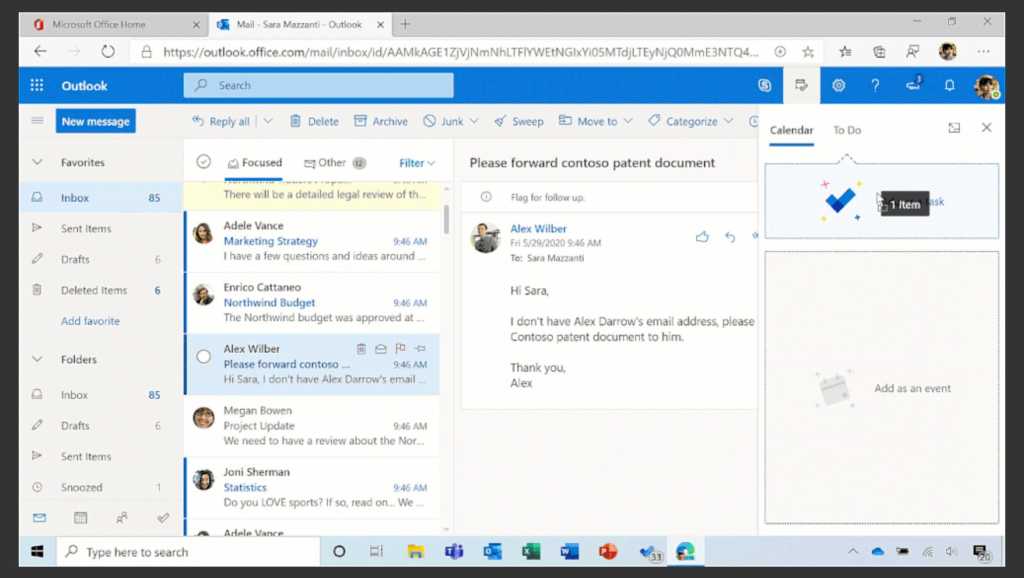 Microsoft To-Do is now officially Microsoft’s latest Microsoft 365 app, which means, ironically, that you may see less of To-Do as a standalone app and more To-Do functionality scattered across apps like Outlook. The latest example of this is Microsoft Teams, where To-Do now integrates into the Tasks app.

For years, Microsoft’s lists app was Wunderlist, which was finally replaced last May in favor of To-Do. In the early days of its existence, To-Do existed primarily as a standalone app, which lessened its importance and made new “to-do” task lists more of a pain to create.

Throughout the past several months, however, Microsoft has quietly begun adding To-Do functionality to other Microsoft 365 apps. A To-Do pane is now available within the web version of Outlook, and emails from colleagues asking you to do something can be dragged and dropped into it, automatically adding an item to the list. If you use Planner, another Microsoft 365 app, To-Do is now integrated within it. Planner and To-Do now connect to the Tasks portion within Teams, either as a discrete app on the left rail or as a tab within individual Teams teams. The Tasks in Teams integration begins today, Microsoft said, and will continue through September.

Yes, it’s confusing—and that’s because Microsoft 365 tends to “blur” apps, adding bits and pieces of one to another. Microsoft doesn’t really believe that a function should always stand alone as a discrete app. Instead, functions like To-Do lists can be used as a standalone app—if you want!—or as part of another app.

It’s this blurring of apps and functions that Microsoft will expand. By early next year, Microsoft plans to add support for “@mentions,” where you or your colleagues can be tagged in messages. If you’re so tagged, any tasks that you’re mentioned in will be automatically added to your To-Do list. Microsoft is also planning to add Reading Lists from Edge to To-Do tasks.

“More integrations are on the way to make To Do the place for all your tasks,” Microsoft added.