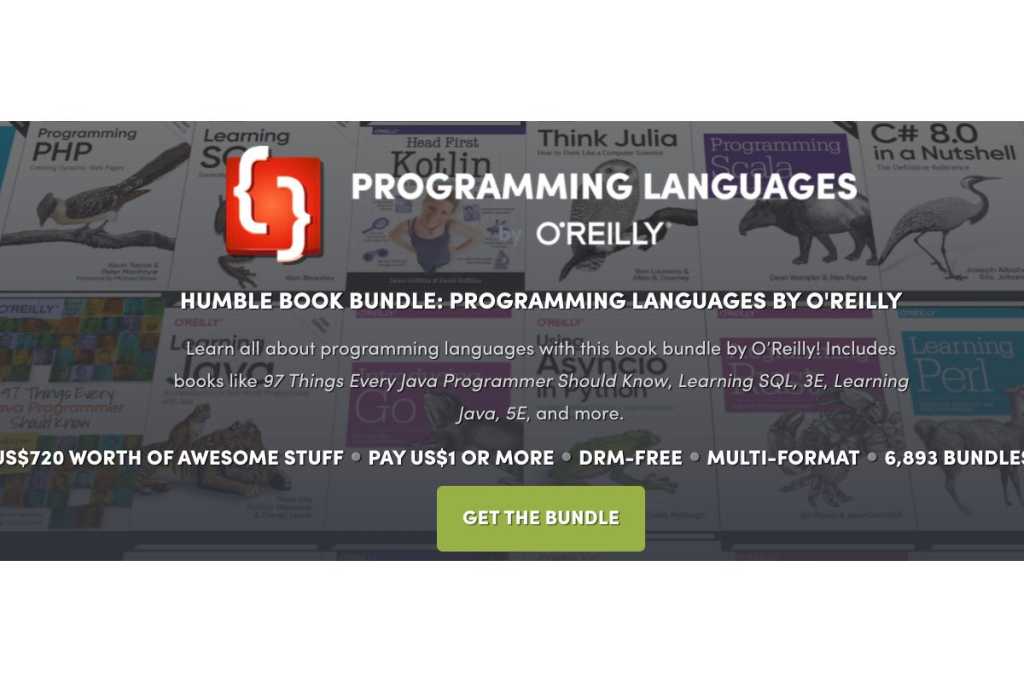 The summer is slowly slipping away with August almost upon us. If you want to make the most of the time left by learning something new, check out the Humble Bundle called Programming Languages by O’Reilly. The programming languages in this bundle offer some interesting choices for someone looking to branch out, with up to 15 books available if you spend $15 to unlock the maxed-out tier.

Start at the $1 level and you get Programming Scala, Introducing Go, and Learning Perl, as well as Think Julia, and 97 Things Every Java Programmer Should Know. If you’ve never heard of Julia it’s a language aimed at numerical analysis and computational science, according to Wikipedia.

Jump up to the $8 tier to add books on SQL (if you like pain), PHP (for the budding WordPress designer), Kotlin, Asyncio in Python, and R for data analysis.

Finally, things get more mainstream at the $15 level. There’s Fluent Python for upping your Python game and using some of this language’s most neglected features. Learning Java, Programming TypeScript, Programming Rust, and C# 8.0 in a Nutshell round out the bundle.

It’s a nice little bundle and proceeds go towards Code for America, so pay a little more for a good cause if you can.