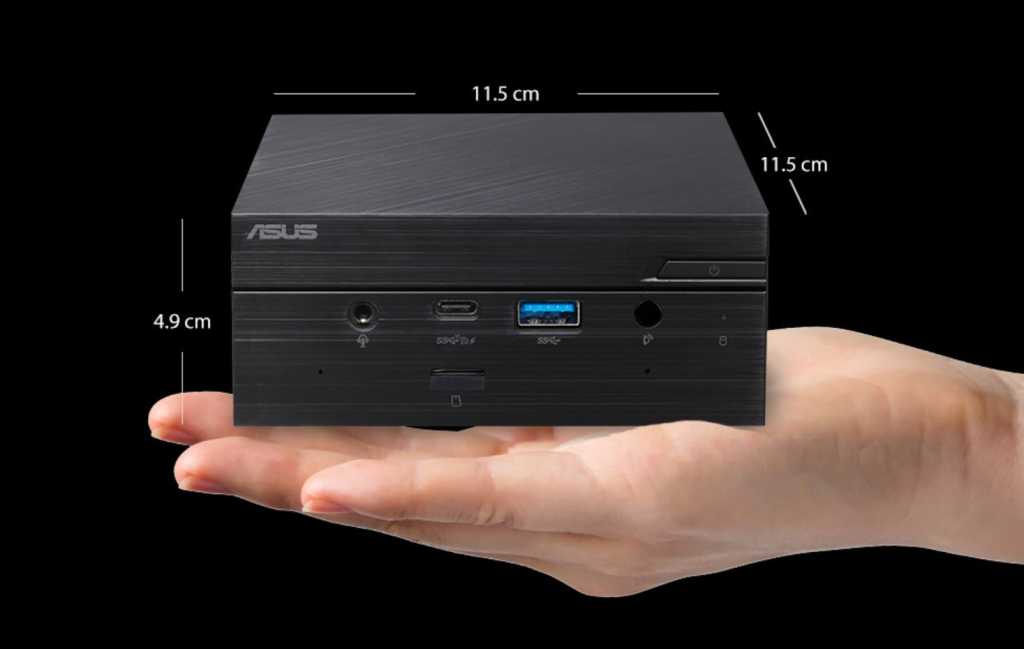 With all the upheaval and cancellation of trade shows this year, product announcements have been plentiful and scattershot as companies fire off news at different times. It’s a lot to take in—so to help you keep up, we’ve pulled out the best of the bunch with an eye on PC components, PC accessories, and software. We’ve also included items that launched this month so you don’t miss out, since shortages are a real thing these days.

July’s announcements include a juicy 8TB SSD, a powerful Ryzen mini PC, and a wireless version of one of our favorite gaming headsets. Let’s dive in.

Samsung made 2TB SSDs downright pedestrian by promising a whopping 8TB version of its 870 QVO SATA SSD, which we found to be a “great everyday performer.” Slated to hit shelves in August, this QLC drive has us anticipating its launch despite its $900 price tag—given how fast today’s games and video projects eat up space, we need this push toward higher-capacity SSDs to make 2TB and 4TB drives more common.

Intel processors have dominated the mini-PC space for ages, but AMD’s mighty Ryzen 4000 CPUs have begun to make inroads. The upcoming Asus Mini PC PN50 boasts chip options ranging from the modest 4300U to the beefier 4800U, and comes packed with other bleeding-edge technology like support for 8K displays at 60Hz, USB 3.2 Gen 2 Type C ports, Wi-Fi 6, and 3200MHz RAM. Prices even slightly undercut its main competition, Intel’s current line-up of NUCs. Given how well Ryzen 4000 mobile parts have performed in laptops, we’re excited to see how they do in this mini-desktop format.

You could easily dismiss the InWin Saturn ASN120 as just another set of RGB fans—but this 120mm model’s minimal frame, tidy cabling, ARGB lighting, and broad compatibility with popular motherboard vendors’ RGB software make it appealing. We especially like InWin’s take on modularity, which lets you daisy chain the fans with very short cables and eliminates the need for a splitter cable off the motherboard. The approach isn’t as elegant as Lian Li’s Unifan concept, but it’s less fussy. According to Technewstoday, launch is expected sometime between now and September, with pricing info and a 140mm version still to come.

One of our favorite wired headsets from last year is back with a wireless variant—the exact thing we wished for in our review, where we also said that the Logitech G Pro X was “easily the best all-around gaming headset on the market.” Right now, we’re at home rocking a variety of lesser headsets, and the Logitech G Pro X Lightspeed’s lack of a tether makes the $200 price tag worth pondering before its August launch.

Freedom and choice is what makes the PC great—not just when it comes to components, but accessories, too. We like the look of the Asus ROG Falchion, a compact wireless mechanical keyboard with a touch panel and Cherry MX switches that’ll launch in Q4 2020, but perhaps you prefer a different type of keyboard switch. No problem—Razer announced a mini version of its wired Huntsman keyboard this month, too.

Maybe you’re not a fan of ultra pared-down keyboards? Check out the Asus ROG Strix Scope TKL Electro Punk keyboard, a 10-keyless model with a shock of pink keycaps as accents, and the HyperX Alloy Elite 2, a standard-size board with partially translucent keycaps that intensify your RGB game.

Installing an AIO liquid CPU cooler with a logo or digital readout on the water-block requires a little forethought, lest you attach it cock-eyed and have to do a remount. (Just as actor Henry Cavill experienced in his recent PC build—not that anyone minded watching him make the fix.) DeepCool’s $150 Castle 280EX saves you from this fate by allowing you to rotate the block’s face after installation, continuing a trend we hope catches on as the standard.

Choosing a monitor will become even harder when the Asus ROG Swift PG329q arrives toward the end of this year. This 31.5-inch 1440p IPS Quantum Dot display comes laden with a ton of bells and whistles: a refresh rate of up to 175Hz with a 1ms gray-to-gray response time, HDR 600, ultra-wide color gamuts, AMD FreeSync, and even RGB lighting. Pricing information isn’t available yet, but expect to dole out heavy wads of cash. (Via QZTQZ.com)

Hot new games on the way

Both Ubisoft and Microsoft stepped up this month to banish any midsummer doldrums, with game announcements that included an intense trailer for Far Cry 6, extended looks at holiday titles like Assassin’s Creed Valhalla and Halo Infinite, first peeks at the much-anticipated Psychonauts 2 and a new Fable game, and a handful of concrete release dates. (Good luck to Valhalla, which launches the same week as Cyberpunk 2077.) We’ll certainly have plenty to keep us busy during winter while hunkered down at home, fattening ourselves up on leftovers.

Also announced at Microsoft’s games showcase was that Project xCloud, Microsoft’s take on cloud gaming, would be included in the company’s Xbox Game Pass Ultimate subscription. Starting this September, you’ll be able to stream games from the Game Pass Ultimate library to supported devices at no additional cost. This service was already a stupendous deal for Xbox/PC multiplatform gamers, expanding what we love about Game Pass for PC to include many more games, and now it offers even more value.

In case you missed them, here are the most buzzworthy parts and software that actually hit shelves this month. Note that retail prices may be higher than the MSRPs listed below, due to demand and U.S. tariffs.

This widget for Windows 10’s Xbox Game Bar allows EVGA graphics card owners to tweak GPU clock, memory clock, and fan speeds, as well as monitor GPU temperature and frequency while in any window or application on your PC.

Announced at CES 2020, this full-tower case features a fabric mesh front, supports up to E-ATX boards, and is ready for dual-system builds out of the box.

Unveiled at CES 2020, this mid-tower ATX case is a riff on the company’s P600, with a metal mesh front and support for dual-system builds (separate purchase of a bracket required).