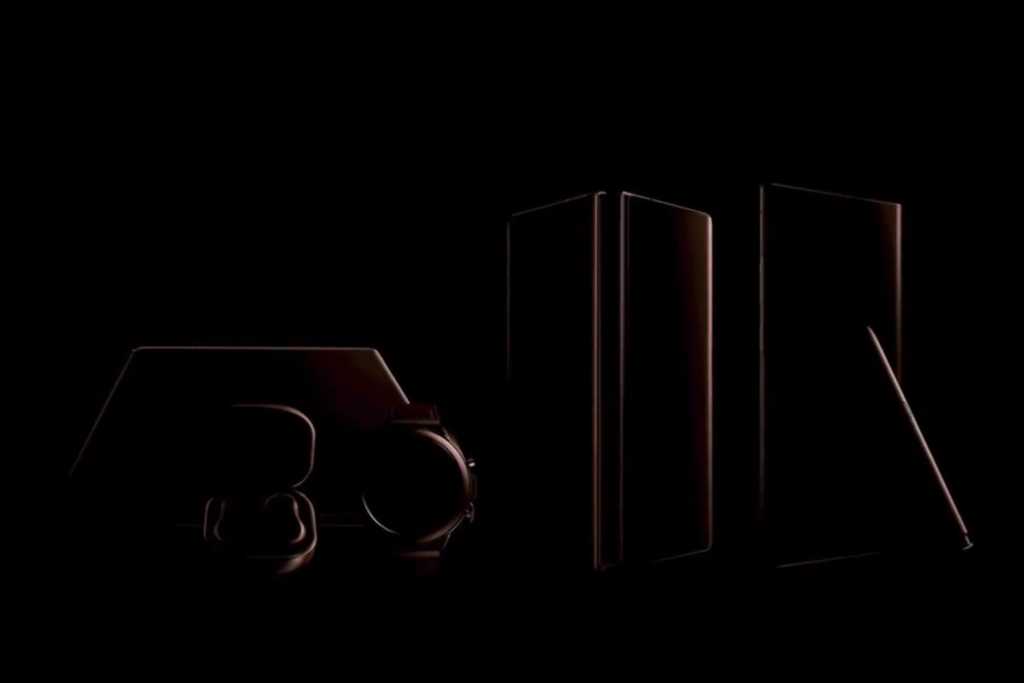 There may not be a big stage performance and larger-than-life video screens, but Samsung on Wednesday will announce the latest member of its premium smartphone lineup: the Galaxy Note 20.

Samsung’s second flagship of the year is traditionally targeted to productivity-minded users, and this year appears to bring more of the same, with big screens, big cameras, and of course, an S Pen on board. Here’s everything we think we know about Samsung’s next flagship, which will reportedly come in two sizes, the Note 20 and Note 20 Ultra.

The Galaxy Note has always had a boxier design than the Galaxy S. This year’s model appears to continue the tradition, with a design that closely mirrors last year’s model, according to Twitter leaker extraordinaire Evan Blass. That means the front is nearly all display, with tiny bezels and squared corners. Numerous rumors peg the two phones at 6.7 inches and 6.9 inches diagonally, the same dimensions as the S20+ and S20 Ultra.

The screens might not be created equal, however. Twitter leaker Ice Universe, who has an impeccable track record for rumors, says the Note 20 will have a 60Hz display, while the Note 20 Ultra will gain the 120Hz display introduced with the S20 earlier this year. It’s also possible that the Note 20 has a “flat” screen, while the Ultra retains the curved Infinity display of previous models.

Around the back, leaked renders by Blass and others show a massive camera array that resembles the one introduced with the S20. New colors are also on the way, with Samsung all but confirming copper or bronze will be the new hotness.

Unlike last year, when the Note 10 used the same chip as the S10, this year’s model is tapped to adopt Qualcomm’s newest 865+ processor, which brings slight speed and graphics improvements. According to Winfuture.de, which published the full spec run for the Note 20 family, the Ultra will also have 12GB of RAM like the S20, while the Note 20 gets just 8GB (though rumors have suggested that both models could get up to 16GB in higher configurations). The starting storage for both phones might be a whopping 256GB. And it’s basically guaranteed that both phones will support 5G, like the S20.

As far as the camera goes, it’s looking like the Note 20 and Note 20 Ultra won’t stray too far from the S20. Ice Universe on Weibo says the Note 20 Ultra will have the same 108MP sensor as the S20m Ultra, which will reportedly be joined by 12MP ultra-wide and 13MP telephoto cameras. However, the zoom might not be quite so Space-y. Ice Universe says it will only reach 50X rather than the absurd 100X on the S20. Meanwhile, the Note 20 is tipped to have a 64MP telephoto camera alongside 12MP wide and 12MP ultra-wide lenses with 30X Space Zoom.

We already know that the Note 20 will come equipped with a Bluetooth-enabled S Pen, but Jimmy is Promo on Twitter reports that it will have a new trick up its sleeve: the ability to act as a pointer. The leaked image shows controls for speed and color. Jimmy Is Promo also says the cursor can be used to “select icons on the screen (and) navigate around.” Samsung introduced Air Actions on the Note 10 that let you use the pen as a remote control for your phone, so this would be a natural extension of that ability.

On the gaming front, the Note 20 is rumored to be one of the first phones to support Xbox Games Pass over Project xCloud, which lets you “play over 50 Xbox favorites on your Android phone or tablet, streaming directly from the cloud over Wi-Fi or your mobile network.” It’s currently in beta, but among the titles available are Destiny 2, Halo 5: Guardians, and Hello Neighbor.

Based on previous Galaxy Note launches, we can expect the phone to be available for preorder this week and ship around August 21. And it’s going to cost you. The Note 10 started at $950, and the 20 could go even higher. One well-known leakster claims it will be “the most EXPENSIVE note EVER.” Considering last year’s model topped off at $1,400, expect to open your wallet wide for the Note 20.

Everything else at Unpacked 2020

Samsung has teased five new “power devices” arriving at Unpacked this year, with a thinly veiled peek at what’s to come, Based on the image, we can surmise that the four other products are:

Samsung’s follow-up to its first folding phone is rumored to be quite a bit different from the original, with MySmartPrice reporting it will have a huge 6.23-inch Super AMOLED display on the outside and a 7.7-inch display when opened. Also gone will be the notch, replaced by a hole-punch camera, and it will support 5G, like the rest of Samsung’s flagship phones. Don’t expect a price drop, however; the Fold 2 will reportedly cost the same $1,980 as the original model.

The follow-up to the Galaxy Buds will reportedly be called Galaxy Buds Live and bring a new bean-shaped design and active noise cancellation. According to Sammobile, they “won’t protrude from the ear” like the original Galaxy Buds, as “the lower part would sit directly inside the ear canal without requiring any silicone tips while the back is going to fill the upper part of the ear.” They will reportedly cost the same $150 as the Galaxy Buds+.

The Galaxy Watch 3 is rumored to come in 45mm and 41mm sizes, slightly smaller than the original Galaxy Watch but bigger than the Galaxy Watch Active2, though the displays will reportedly be the same 1.4-inch and 1.2-inch varieties. Rumors say a new heart-rate monitor will be on board, as well as a ECG sensor, sleep tracking, and a rotating bezel. And of course, it will likely come in LTE and Bluetooth options as well.

It’s only been about a year since Samsung launched the Galaxy Tab S6, but a follow-up is already rumored to arrive. Along with the usual faster processor, more RAM, a better camera, 120Hz displays, and 5G support, the Tab S7 is also rumored to be joined by a “Plus” model that clocks in at over 12 inches. You can expect the new tablets to start at around $650, the same price as the Tab S6.