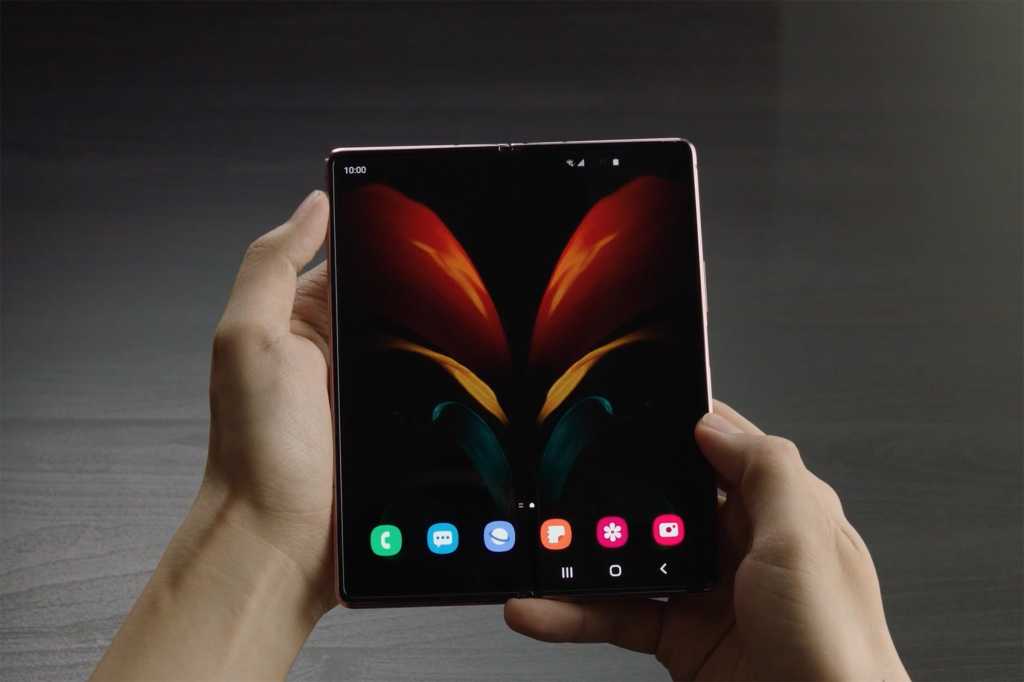 The follow-up to the Galaxy Fold is such a departure from the original beleaguered model that Samsung gave it a new name. The Galaxy Z Fold 2 would seem to fix much of what was wrong with the original Fold, bringing bigger outside and inside screens, better cameras, and a smarter design with a stronger screen and sturdier hinge.

Whether that fits into “the new normal” Samsung is selling with the Galaxy Note 20 is another story. While Samsung continuously stressed during Unpacked how its lineup of new “power devices” are built for the new way of doing things remotely, the original Galaxy Fold doesn’t really fit that mold. It’s a device for traveling light and convenient, and, let’s face it, to be seen by others.

Even for those able to afford the Fold, it’s primarily an on-the-go, look-at-me device. The primary selling point is carrying a tablet that can fold down into the size of a phone, but with millions of people no longer commuting, that use case isn’t nearly as compelling. Fewer people are spending money on new phones, let alone cutting-edge folding phones, and a flagship handset that won’t live up to its full potential is a tough sell.

And that’s even if it didn’t cost a couple of thousand bucks. It’s possible Samsung will lower the price to a more palatable level, but that’s doubtful. The rest of the Unpacked devices aren’t exactly priced to move, so Samsung’s “new normal” doesn’t take shrinking budgets into account. The Note 20 Ultra starts at $1,300, the Galaxy Tab S7+ starts at $850, and the Galaxy Watch 3 will set you back at least $400. So I don’t expect the Z Fold 2 to bring any surprises with its price. If anything, it might cost more.

But the new Fold isn’t about value. It represents the pinnacle of Samsung’s innovation and its attention and hype are certainly deserved. The improvement over the original model are striking, with the removal of the ugly notch, the introduction of ultra-thin glass, and the addition of a 6.2-inch cover screen that’s two inches bigger than the original and as large as the Galaxy S20. It opens to an even bigger 7.6-inch display (up from 7.3 inches); has a stronger hinge for finer adjustments; better dust protection for fewer unsightly bumps; and an overall cleaner aesthetic, while retaining the character of the original.

We’ll need to learn more about the specs, but based on what we know, Samsung has made needed and substantial improvements to the Fold and raised the bar for its competitors. Even with its botched rollout and questionable durability, the original Fold offered the most promise for a foldable phone and the Z Fold 2 continues in that vein with a smart sequel. Folding phones all have their flaws, but the Galaxy Fold is already head and shoulders above its closest competitors from Huawei and Motorola.

Folding phones might not have the wow factor that they did last year, but the Z Fold 2 creates a solid foundation to build on. Assuming the glass holds up and the hinge does its job as well as the Z Flip that launched earlier this year, the Z Fold 2 could run off to an insurmountable lead heading into 2021, when the price will hopefully start to come down to something more reasonable.

Now Samsung just needs to give us a reason to buy one.