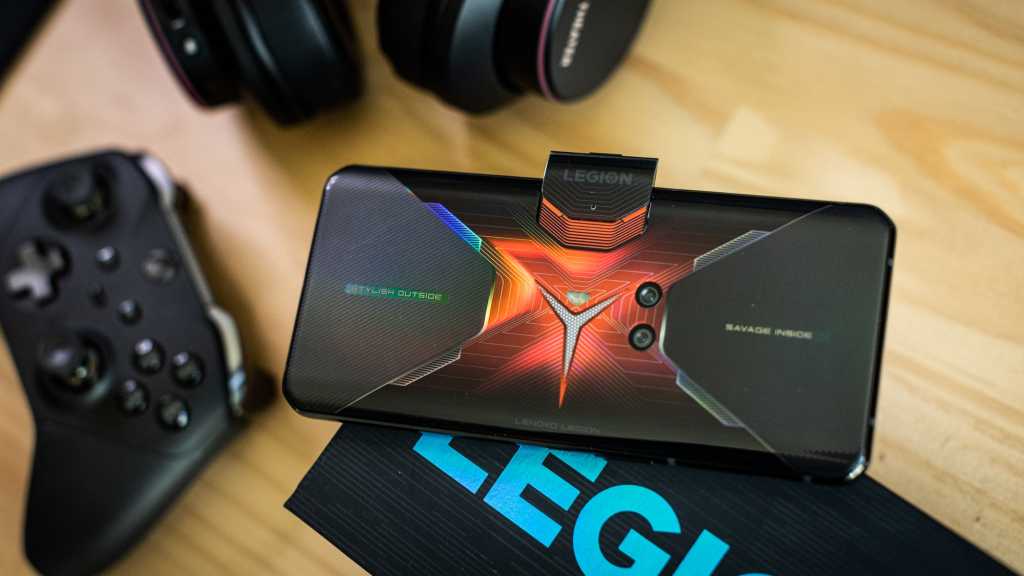 “Why are gaming phones still a thing?” That’s what my colleague Michael Simon pondered after the recent releases of the Asus ROG Phone 3 and Lenovo Legion Phone Duel, and it’s a fair question to ask.

When the Razer Phone created the “gaming phone” market in 2017, it rolled out with unique features rarely—if ever—seen in smartphones: a high refresh rate screen, binned processors, copper vapor chambers, and in-your-face “gamer” aesthetics. But in the years since, many of those “gaming” features have trickled down to mainstream phones like the Samsung Galaxy and various OnePlus models. Again: Why are gaming phones still a thing?

Don’t be fooled: Despite the mainstream adoption of some of their features, these fire-breathing, enthusiast-focused devices continue to innovate. As someone who covered many of the most popular gaming phones, there are three key features (beyond their raw power) that help phones like the Asus ROG Phone 3 and Lenovo Legion Phone Duel stand out from the mainstream masses.

As an audio engineer by trade, I’ve always put great audio at the forefront of my purchasing decisions. Unfortunately the trend in most major smartphones has been to sacrifice audio—like removing the headphone jack—and it hurts my heart. Phones rarely have great speakers and/or DACs. Sure, there are companies like LG who tout quad-DACs and “Crystal Sound OLED” technology, but most phone makers treat audio as lip service. Most people have moved to Bluetooth headphones and prefer slim bezels to big, booming built-in speakers anyway.

Then there’s the Asus ROG Phone 3. It (and most gaming phones) packs front-facing stereo speakers that will make your ears quiver. The sound that comes out of the ROG Phone 3 will blow your mind after using a normal smartphone speaker. And even though I have plenty of headphones, sometimes I don’t always want to put something in or on my ears. The rich-sounding speakers of a gaming phone is perfect for us audio nerds.

Even better, some gaming phones have stubbornly clung to the timeless 3.5mm headphone jack. For some damn reason the ROG Phone 3 requires the AeroActive Cooler 3 to be attached in order to get to it, but at least it’s there, and to be fair I’d much rather have it in the ROG Phone 3’s horizontal orientation when actually gaming.

I don’t always want to pair a console controller to game on my phone, or strap on a device like the Razer Kishi. Most gaming phones now offer extra control options simply that aren’t present on mainstream handsets. The Asus ROG Phone 3 and Lenovo Legion Phone Duel both feature touch-sensitive buttons along one side of the phone used to trigger on screen-actions. The tools to set them up differ between manufacturers but all of the ones I’ve used so far have been pretty simple.

Having those extra inputs can make all the difference when you’re playing games like Call of Duty: Mobile or Fortnite. Some games don’t support controllers whatsoever, or limit them to specific uses, so gaming phones provide a definite advantage as opposed to relying on touchscreen-only methods. In a typical game of COD: Mobile I keep the left ‘bumper’ trigger aiming down the sights of the gun, with the right ‘bumper’ mapped to firing. This frees up my thumbs to focus on moving my character and aiming. Without the extra bumper triggers I would have to pause movement with either thumb to press a button to fire, making me a much easier target.

While the Lenovo Legion Phone Duel is limited to just tapping the two bumpers along one side, some phones include even more options. Each bumper on the ROG Phone 3 can also be split into two different inputs, offering four ‘buttons.’ They can also be configured with swipes and slides, and the ROG Phone 3 can even trigger an on-screen “press” by shaking the device!

I tend to just use the two trigger buttons as generic presses, to be honest, but it’s always nice to have more options.

So this last one comes down to personal preference, but I’ve had my fill of boring black-slab phones and appreciate when designs vary from the norm. Gaming phones offer that in spades. The original Razer Phone was actually my favorite gaming phone in terms of build and style—that thing was built like a damned tank but remained subtle enough to not scream “I’M A GAMER!”

The original ROG Phone was the opposite—it screamed GAMER! way too much for my taste. (The ROG Phone 3 dialed that back to a place that features a nice balance between the two.) Most gaming phones also offer more edgy and brightly colored accessories that match their vibe. The Asus Lighting Armor Case is one of my favorites, using an LED embedded on the back of the phone to light up the whole case. It’s a very cool trick—and yes, one that could be implemented in non-gaming phones as well.

That’s the key, really. Fully loaded, enthusiast-class gaming phones help push the entire mobile ecosystem forward, and I’m thrilled that manufacturers like Lenovo and Asus continue to innovate in the space. Mainstream phones might not have adopted features like vapor chambers and high refresh rate screens as quickly if gaming phones didn’t blaze the trail first.

Fingers crossed that gaming phones are here to stay as a place for companies to try out exotic new ideas with more hardcore users—and that more of their innovations keep pushing mainstream phones to blistering new levels.