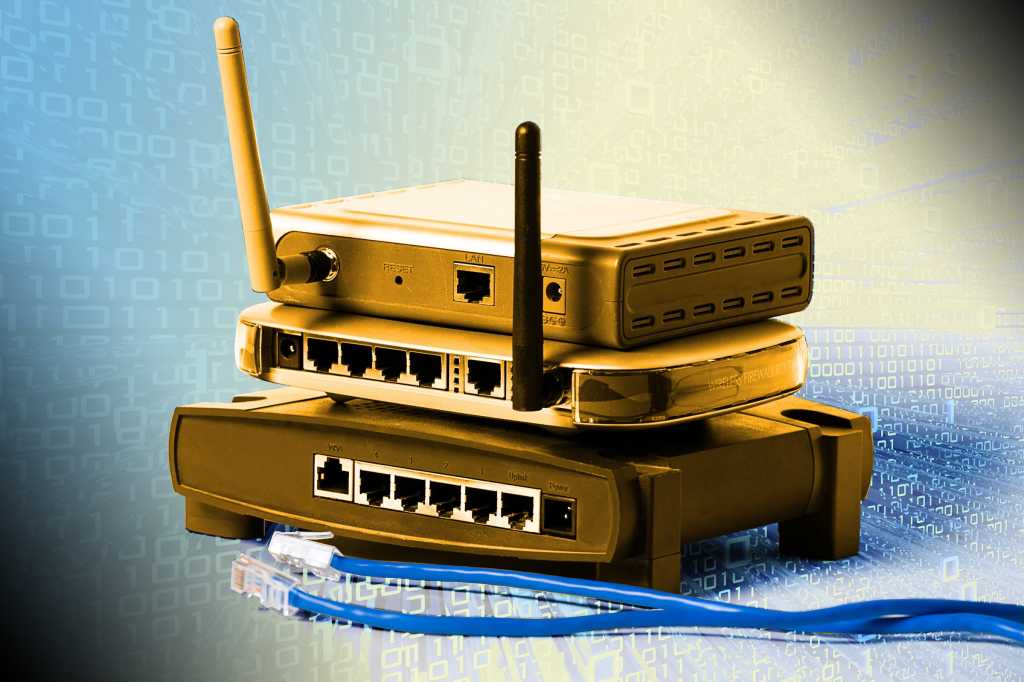 You can speed up your home Internet connection and Wi-Fi for cheaper than you’d think. It’s a need many homes are facing now, when the pandemic traps both students and parents under one roof, all trying to work online at the same time.

Wi-Fi range becomes an especially painful issue. In our tiny home, spreading out meant we needed solid signal even in corners of the house, deck, or yard that never mattered before. While an Internet drop-out while surfing the web was no big deal a year ago, a drop-out during a Zoom call is about as embarrassing today as showing up to work with your shirt on inside-out.

Here’s how I sped up our home Wi-Fi and even coaxed more speed out of our main Internet connection (with an assist from our ISP). It takes some smart shopping and DIY can-do spirit, but my cash outlay was minimal–and could have been less, if I’d known everything I know now.

Need more tips? Check our our story on 10 ways to boost your Wi-Fi router speed at home.

When our current troubles first hit, my first step to improve our Wi-Fi was to purchase a used Asus RT-1900P Wi-Fi router. One of the cooler features of Asus routers has been support for a feature called “AiMesh.” This is basically the company’s take on node-based mesh routers that you place around your home to fix wireless dead zones.

Asus AiMesh is a little different. Most mesh networks ask you to buy only matching nodes, or to buy them in sets of two or more–and to be fair, that is the best way to do it. AiMesh gives you an alternative, though, allowing you to mix and match different Asus router models. This can lower your initial cost, or let you build on a conventional setup you already have (provided your existing router is from Asus and supports AiMesh).

Even better, Asus backdated many of its older routers with AiMesh support via a simple firmware update. My original dual-band RT-AC88U MU-MIMO 4×4 could get the firmware update, so I decided to pair it with a 2015-era Asus RT-1900P router. The RT-1900P also supports Wi-Fi 5 (802.11ac).

My main reason for buying the RT-1900P was cost. Not just because I can be a cheapskate, but in March when there was a run on hand sanitizer and toilet paper, there was also hot demand for wireless routers. The situation was so desperate that I was happy to pay $70 for a five-year-old used Asus RT-1900P router on eBay.

The other, even lower-cost option (assuming you could find one) was to use a Wi-Fi range extender, also called a repeater. Wi-Fi range extenders basically take a Wi-Fi signal and rebroadcast it on a neighboring Wi-Fi channel. It works, but it can be inelegant, creating multiple repeat Wi-Fi SSID’s (like [Your network name] and [Your network name]_Repeater), and broadcasting the same packets regardless of need.

With AiMesh and Mesh, you can have just one SSID, and the traffic is handled more intelligently. Management of the network is also done from one device, rather than having to run around the house resetting the range extender or hauling a laptop to it with an ethernet cable to update firmware. In my anecdotal experiences setting up extenders for friends and family, performance has also been sketchy, so it wasn’t my first choice.

The first step in setting up AiMesh is to bring both routers to the same room, and update the firmware to the latest versions available that support AiMesh. You then factory-reset the node, connect it to your PC directly using ethernet, and tell it to set up as an AiMesh node. Finally, you connect your PC to the AiMesh router via ethernet, and tell it to set up the AiMesh network.

It didn’t go as smoothly for me as it did in the Asus YouTube videos, but if you can find your router’s IP address (check the manual, or the bottom of the router) and roll up your sleeves, you can get it done. It may require resetting both routers to default states, but if one router is already set up, you can save the configuration file, which can be uploaded to the router after it is reset and paired.

For the five months I’ve had the RT-1900P, Asus has pushed no fewer than three firmware updates for it. That many updates suggests that there might be lots of bugs to fix, but the fact that Asus is actively pushing out firmware for a five-year-old router (when other vendors might ask you buy a new one) is overall a strength rather than a weakness.

One other advantage of AiMesh and a mesh system is the single SSID, which in theory means more seamless roaming between nodes. I say in theory because depending on the firmware, roaming has sometimes meant a 3- to 4-second disconnect as the hand-off is done. Other systems have a better reputation for handling it more seamlessly, but I wasn’t expecting commercial-grade Wi-Fi.

This setup got us through spring and summer, but with virtual schooling the likely plan for the fall, it was time to get more bandwidth.

I called my provider and asked what could be done to keep me from defecting to cable (my only alternative). My ISP cut the price in half and doubled our speed. The speed, though far from gigabit fiber or coaxial cable, should be enough to get us through the next hump.

When dual-band is not enough

With double the broadband performance, my cheap-skate router setup was no longer up to the job for our laptops. While our wired desktops were fine, the laptops farther out on the RT-1900P node did not benefit as much.

The reason? In AiMesh, as with many mesh systems built on dual-band nodes, some of the wireless speed is provisioned for the “backhaul”–the conduit through which the routers pass network traffic to each other. With just two bands—2.4GHz and 5GHz—and some of it congested by passing traffic between the routers, we definitely had poor broadband throughput in the 15 to 30Mbps range, even with our very moderate broadband.

In more expensive systems from Asus and others, this is alleviated with tri-band routers. These routers feature a 2.4GHz band and two 5GHz bands. When set up as a mesh system, this allows for, say, one of the 5GHz bands to be completely dedicated to the wireless backhaul, leaving more bandwidth for PCs or other devices.

The problem for me is these systems aren’t that cheap. When paired with the latest Wi-Fi 6 or 802.11ax, they’re downright painful to buy, though a delight to use. You can read about my colleague Michael Simon’s experience putting down a lot of scratch for a tri-band Netgear Orbi system.

While 802.11ax is pretty awesome and we do have one 802.11ax/Wi-Fi 6 laptop in use, the vast majority of our hardware is WiFi 5/802.11ac or older. Looking for a way to eke out more performance without plunking down $600 to $700 on a set of high-end 802.11ax tri-band mesh routers, I went with the counter-intuitive idea of running a wired backhaul.

Yes, it may make no sense to build out a wireless mesh setup to avoid wires—and then actually end up running wires. But creating a wird backhaul was definitely the cheapest way to get more performance.

Mesh networks can either eat wireless bandwidth to talk amongst themselves—or they can eat wired bandwidth. By stringing an ethernet cable between my two routers, I would essentially get many of the benefits of a tri-band mesh system without the cost. For $26 (for a 125-foot ethernet cable), I was able to double and triple the speeds on laptops connecting to the RT-1900P.

And then I got cheaper

In fact, rather than spend $26 on a 125-foot CAT 6 cable, I was able to get a box of drywall-dust-coated bulk CAT5e cable from a friend, and buy a crimper, connectors and cable tester for $17, so I could return the $26 CAT 6 cable.

Yes, this meant running a cable through the floor (where the coax for the long-gone cable system had run) under the house, and then along the garage ceiling and up a heater vent, but in the end, I ended up with far better performance than running an AiMesh network on just two bands.

With demands—and high performance routers—still quite high, you may want to consider this option if you have a newer AiMesh Asus router.  Most router experts, in fact, recommend running a wired backhaul for that dual-band mesh setups for the best performance.

Being cheap can cost you, too

While I’m generally happy with my $17 speed-up, and it did increase node performance to the Internet from 30Mbps to 60Mbps, I was pretty disappointed by the performance of my five-year-old RT-1900P node. I do think getting a stable 60Mbps on the 5GHz band was a marked improvement from 30Mbps–but that was sitting three feet from the node. For those near that node, it was great, but in my garage and in a bedroom kitty-corner to the node, performance was only 30Mbps even with the hardwired backhaul.

Clearly, the $70 investment in the RT-1900P was a mistake, as a more modern router would give me better performance. So back to Amazon I went to look for a newer router with better performance and a reasonable cost. Asus had recommend its Blue Cave router. which is a dual-band, 802.11ac, MU-MIMO router with a 4×4 antenna configuration. Beyond the alphabet soup of network specs, it features an Intel Lantiq dual-core processor and 512MB of RAM, which most network nerds say will help in packed households.

It also generally gets high marks from reviewers. To stick with my cheapskate ways, I picked up a refurbed Blue Cave for $75. This replaced the $70 RT-1900P as the wired node, and it indeed increased performance greatly: PCs in the bedroom and garage hit the limit of our Internet at 100Mbps.

My total cost for our pandemic routers has been about $162. That’s still a fair cost, as a decent mesh tri-band Wi-Fi 6 system would cost more–and probably wouldn’t make a difference with our current ISP.

If I could do it over again, I would have skipped the original RT-1900P completely. Instead, it’ll be handed down so someone else will benefit from it.