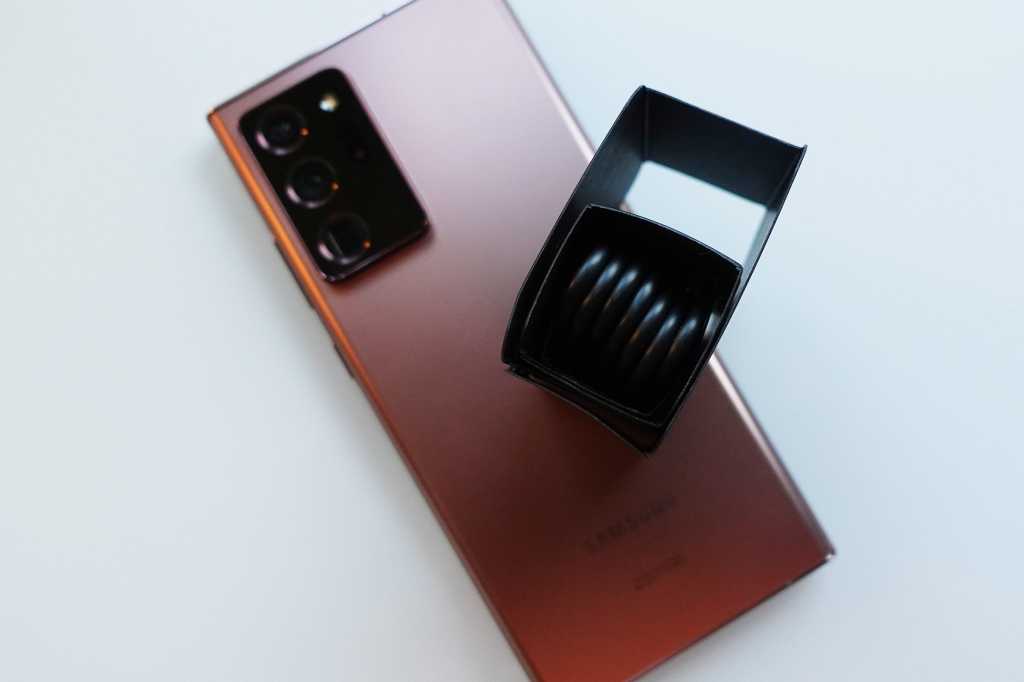 If you decide to spend $1,300 on the Samsung Galaxy Note 20 Ultra, you’re getting a lot for your money: the best processor, biggest display, and most RAM you can get in a phone, a gorgeous design, and a greatly improved S Pen. But there’s one thing you won’t be getting: headphones.

We got our Galaxy Note 20 Ultra review unit on Friday and have already started testing it, but there was a surprise right off the bat. The cardboard sleeve that traditionally holds a USB-C cable and a pair of AKG headphones had an empty slot where the buds should be. After Apple had been criticized for its own rumored decision to dump its Lightning Earpods from the box, Samsung snuck in and did the same with its own flagship phone.

Samsung does include a 25W power adapter in the box for fast charging, while an adapter is rumored to be missing from the next iPhone box. Apple may opt to include little more than a USB-C-to-Lightning cable with the iPhone 12. Apple’s move is reportedly based on environmental concerns, and of course it could help push more AirPod sales. Samsung is probably looking for similar upsides.

Of note, the decision only applies to phones shipping in North America. In a statement, Samsung said “More consumers are opting to use Bluetooth and wireless headphones that match their own preference, and the usage of wired headphones, even where we’ve included compatible solutions inbox, has steadily declined.”

Ultimately, it’s not a huge deal. Samsung is offering $100 in store credit when you preorder a Note 20, which can be used toward a pair of $170 Galaxy Buds Live. And besides, most people have a pair of old earbuds lying around. Just remember that the Note 20 doesn’t have a 3.5mm jack either, so you’ll either need Bluetooth, USB-C, or a dongle.

Update 11:30am: This article has been updated to include a statement from Samsung.