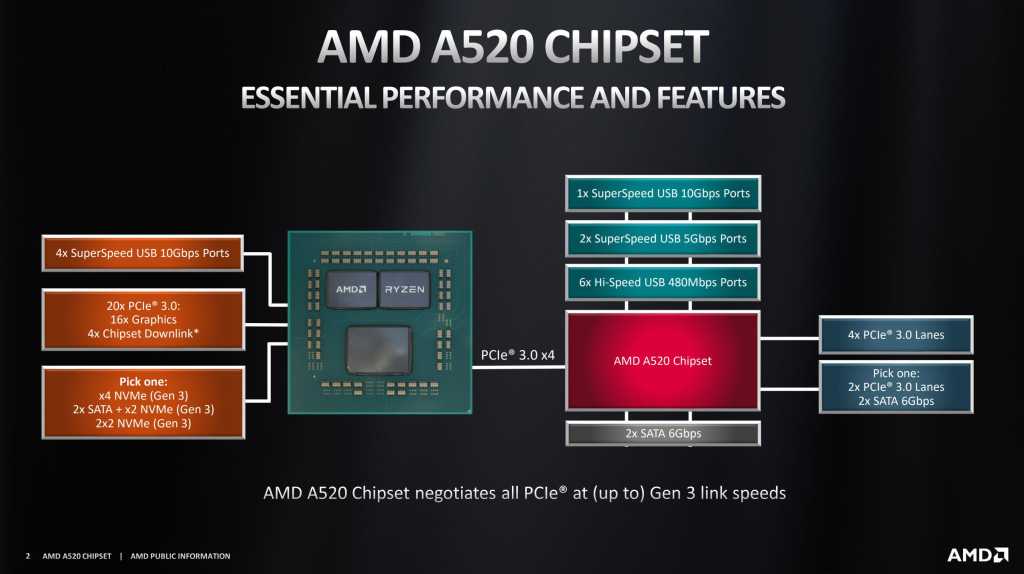 AMD on Tuesday launched what can only be described as the “home essentials” (read: bare-bones basic) of CPU chipsets for today’s and tomorrow’s Ryzen chips.

The biggest difference, though, is in CPU support. AMD said the A520 will let you socket in today’s Ryzen 3000-based Zen 2 chips and offer a path for “future upgrades.” That means it should work with the upcoming Ryzen 4000-based Zen 3 CPUs.

For those seeking a basic chipset to build on a current Ryzen CPU, with an eye toward an eventual upgrade, the A520 is probably not a bad place to start. Obviously, that means you don’t get access to PCIe 4.0 support, but that’s probably not in the cards in a budget chipset meant to run a budget CPU.

You should, however, make sure you pair the A520 with the right CPU or APU. The A520 won’t work with:

To help you figure out which chipset works with which CPU, AMD spells it out here.

Currently Asrock, Asus, Biostar, Gigabytge, and MSI have A520 boards available, most of which range from $70 to $100.