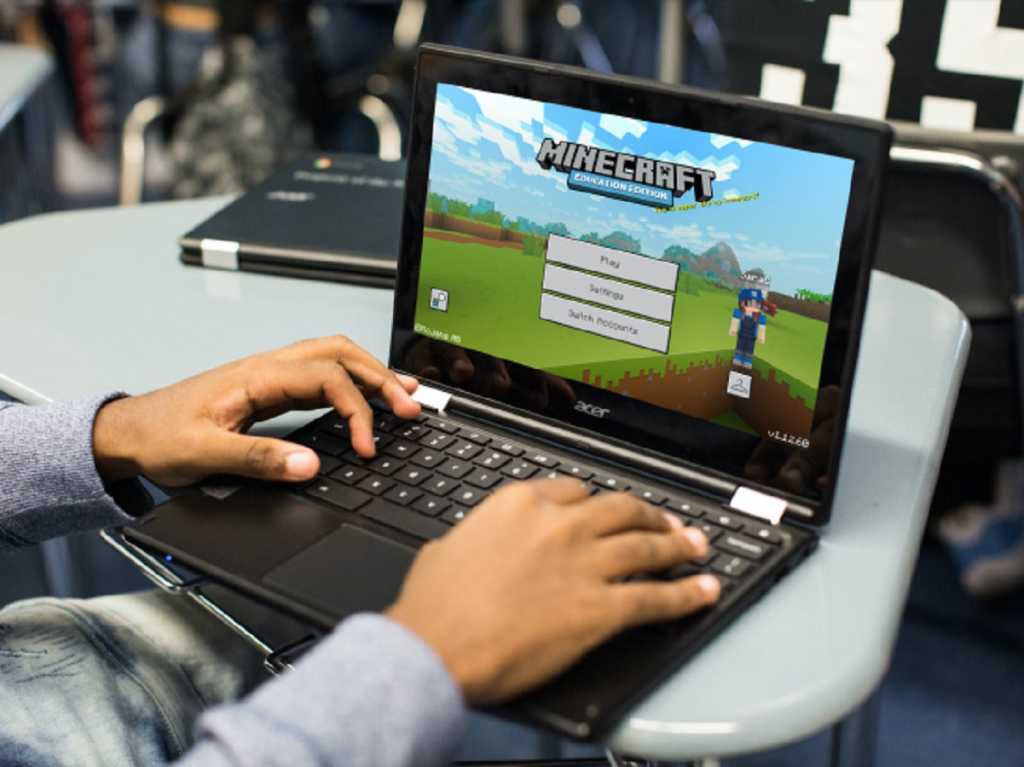 Kids going back to school will probably be happy to learn that Minecraft: Education Edition isn’t just for PCs any more. Now they’ll be able to run it on their Google-powered Chromebooks, too.

Originally released in 2016, Minecraft: Education Edition is essentially a version of Minecraft that’s been optimized for the classroom, with the ability for teachers and students to use the platform to learn how to code and perform other education-related tasks. Google began telling teachers about the Chromebook port late last week, though a Minecraft blog post indicates that support for the Chromebooks began on August 6.

Minecraft: Education Edition won’t run on just any Chromebook, however; you’ll need a fairly up-to-date device that can run Android apps, including Minecraft: Education Edition. In fact, Microsoft recommends that Chromebook users log out of all other apps to dedicate the entire CPU’s resources to the game, which requires 4GB of RAM, too. You’ll need to plan for the game to install about 350-500MB per user on the device, and account for how the Chromebooks are used: Minecraft worlds are saved locally on the device, a problem if Chromebooks are shared or exchanged within the classroom.

There are two ways in which Chromebook users can install Minecraft: Education Edition. As an unmanaged user with a Gmail account, all you’ll need to do is to log into the Google Play Store. Most students, however, will have managed Chromebooks, and they’ll need an administrator to install the app remotely, while following Google’s instructions for doing so.

There are some differences between the Chromebook version of Minecraft: Education Edition and the other Minecraft editions. The Code Connection and Classroom Mode companion apps aren’t available. Otherwise, the Chromebook edition includes everything from the “Bedrock” (R13 and R14) releases, with foxes, bees, beehives, and honey blocks, Microsoft says.