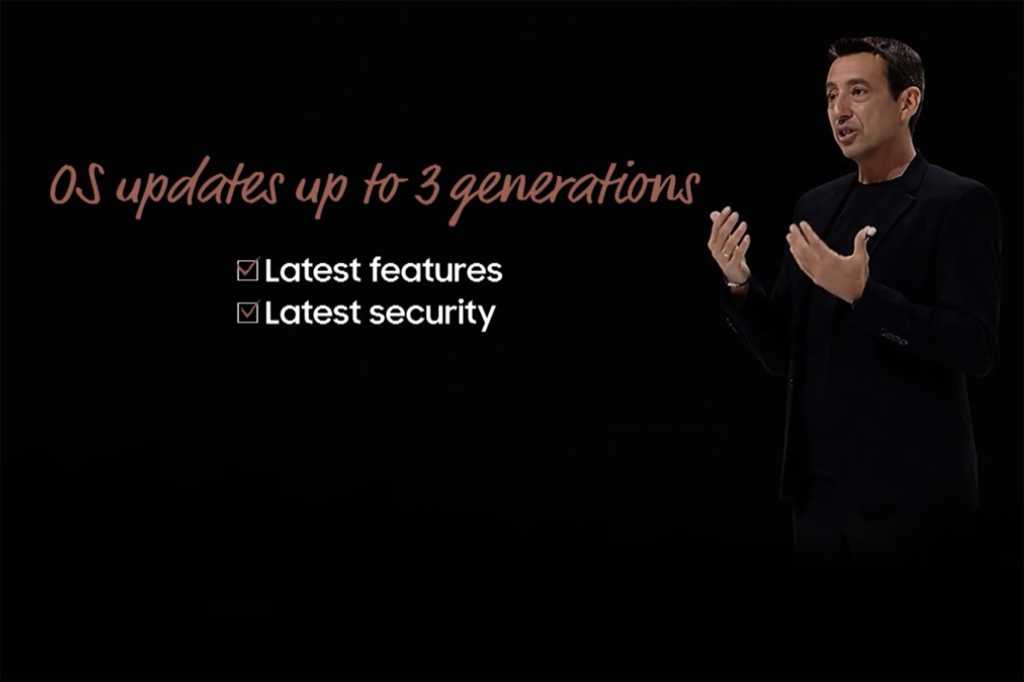 If steady updates are your priority when choosing which Android phone to buy, you basically have one option: the Google Pixel. Google famously promises three years of Android version and security updates with all Pixel purchases, which is at least a year more than any other Android phone maker. Now Samsung is stepping up to change that.

As part of its Unpacked announcements Wednesday that brought the Galaxy Note 20 and Galaxy Note 20 Ultra, Samsung announced that its new phones will receive OS updates for “up to three generations” including the “latest features” and “latest security.” That’s a huge commitment over the two generations it previously promises and excellent peace of mind for anyone buying a new Galaxy phone.

Samsung said that the guarantee applies to all “(Galaxy) S, N(ote), and Z series devices starting with the S10.” That unfortunately means its biggest sellers, the mid-range and budget Galaxy A phones, which recently hit the U.S. with affordable 5G models, won’t get the same promise due to their slower processors. Samsung promises to support those phones “until hardware allows.”

Samsung clarified to PCWorld that its use of the term “generations” applies to “generations of Android–i.e. Android 10, 11, 12” and not Samsung’s One UI schedule. So that guarantee could actually be better than an annual promise since it isn’t dependent on when you buy the phone. Whether you buy a Galaxy Note 20 today or next June, you’ll still get Android 13 in when it arrives, whenever that may be.

With the pandemic messing with development schedules, it’s possible that Android gets pushed back by weeks or months, which could cause issues with Google’s three-year guarantee. The Android 11 preview period has already been delayed by a month, though it’s unclear whether that will affect the public release this fall.

For example, if Android 13 releases in December 2022, someone who bought a Pixel 4 in March 2020 might not get it, but a Galaxy S20 owner will, even if they buy their phone today. That’s an excellent way to handle a world that’s very much in flux, giving Galaxy buyers confidence that their phones will stay fresh for years to come—or at least until they’re ready to trade it in for a new one.

Samsung didn’t say whether they will be pushing those updates quicker, but all signs point to yes, they will. Security updates for the Galaxy S20 have arrived incredibly quickly—in some cases arriving before the Pixel 4—and just today it launched a beta for One UI 3 based on Android 11. So if you’re thinking of buying a new Galaxy Note 20, there’s one less thing to worry about.