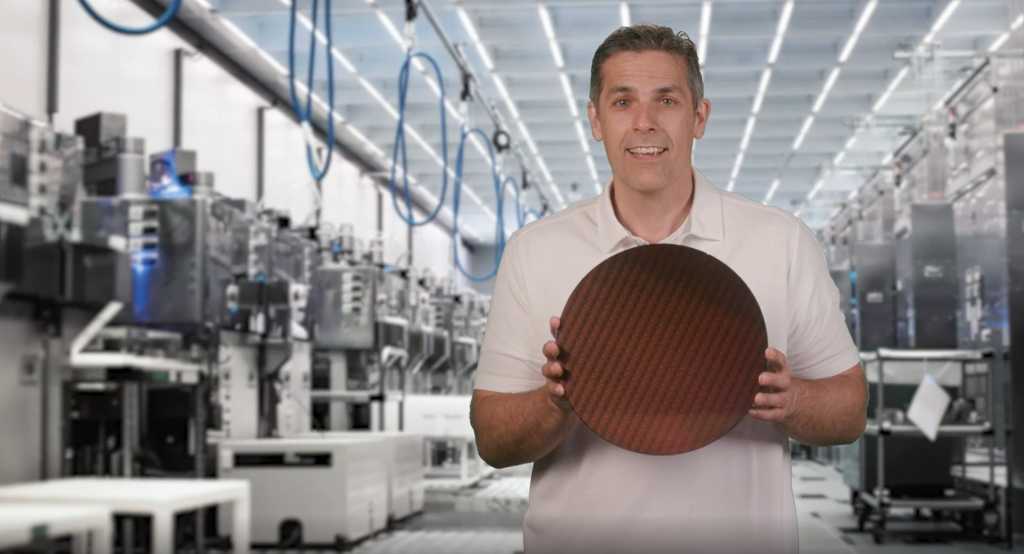 Intel has revealed more details of what’s under the hood of its upcoming Tiger Lake chip—including its new Willow Cove CPU architecture and integrated Xe GPU, as well as the promise of a dramatic frequency increase over Intel’s current-generation chips.

Intel is claiming that Tiger Lake will offer a “greater than generational improvement in CPU” performance, helped by updating the transistor—you can’t get more fundamental than that. Intel’s also disclosing some of the basic features of the platform—PCI Express Gen 4! Thunderbolt 4!—as it did while setting the stage for the current Ice Lake generation.

Intel’s Tiger Lake comes as no secret. Last year, Intel went public with its plans for Tiger Lake, adding it to the company’s public roadmap. At the time, the company promised Tiger Lake would include a new architecture, the first integration with its Xe core, the latest display technology, and next-gen I/O technology. Intel has also promised “something big” would arrive on September 2, which its investor relations site indicated would be a Tiger Lake launch. Intel representatives confirmed this as well.

One of the few things we do know is that Intel has promised over 50 Tiger Lake notebooks would ship by the holidays. The company is actually holding back more Tiger Lake processors than it originally intended to prevent shortages.

A new transistor steps in to save Tiger Lake

Fundamental improvements in processor performance usually come from two sources: successive advancements in manufacturing technology, and better overall designs. For the last several years, Intel has been stuck in a rut, forced to make incremental improvements on each of its 14nm processors: Skylake, Kaby Lake, Cooper Lake, and so on. Eventually it made the leap to 10nm with Ice Lake and Comet Lake.

Intel’s slow pace allowed AMD to tweak its Ryzen processor to become competitive. AMD’s shift to 7nm arguably allowed AMD to leap ahead. When Intel said recently that it would experience delays moving to 7nm, most thought the trend would continue.

Surprisingly, it might not. Ruth Brain, an Intel fellow specializing in technology development and interconnects, said the sum total of all of the intranode improvements made in the 14nm generation would be equaled by one intranode performance increase from Ice Lake to Tiger Lake. “That’s nearly the equivalent of a full-node transition,” Brain said, in effect arguing that Intel was closer to AMD in manufacturing than once thought.

Underlying all of this is the tiny transistor, one of the building blocks of processors like Tiger Lake. A decade ago, Intel rearchitected the transistor to push it upward, which it called FinFET. Now, Intel said it’s tweaked the transistor to create enhanced FinFET transistors with “super metal insulator metal capacitors,” part of the metal stack. Luckily, “SuperFIN” transistors have arrived at the right time to help offset Intel’s manufacturing shortcomings.

There’s more good news: All the confusing “14nm++” nomenclature that accompanied discussions of Skylake’s process technology (and was expected for Tiger Lake) is apparently going away, replaced with just SuperFIN. “There were so many pluses that we internally would mix up the actual plus count,” said Raja Koduri, the senior vice president, chief architect, and general manager of Architecture, Graphics, and Software at Intel.

What will Tiger Lake offer PCs?

With Tiger Lake, Intel set out to achieve a number of goals, not the least of which was to provide a “greater than generational performance [increase] in CPU, and “disruptive performance in integrated graphics,” all without consuming more power than the prior Ice Lake/Coffee Lake generation. Boyd Phelps, vice president of Intel’s Client Engineering Group and general manager of its Client and Core Development Group, said that Tiger Lake chips will be available in a number of different configurations, ranging from devices consuming less than 10 watts to 65 watts.

Here’s a quick summary of what we know about the Tiger Lake platform itself, according to Intel:

According to Phelps, Intel implemented the new SuperFIN transistors for greater performance. Intel also redirected some of the power used by peripheral logic by redesigning them, then reallocating the power saved there to allow the CPU to clock higher without overheating. The results “greatly exceeded our expectations,” Phelps said.

Tiger Lake is built around the Willow Cove CPU core, similar to the existing Sunny Cove CPUs in Ice Lake and Comet Lake. There’s a larger 1.25MB cache inside to improve performance, as well as control flow enforcement, a security technology Intel discussed in June to help against jump-oriented attacks.

Put another way, Intel designed Willow Cove to be optimized for the entire range of the power-frequency curve. It may be faster than Sunny Cove at a given power level, or it will operate at a lower voltage at a given frequency, consuming less power. In the video illustrating the differences, it appears that Intel sees Willow Cove topping out at something close to 5GHz, while Sunny Cove comes closer to 4GHz. “This is substantial uplift,” Phelps said.

Intel was able to tap the same ability to reallocate power and thermal headroom to increase the size of the integrated GPU. This is the first time that Intel has been able to feature its new Xe architecture, which it announced several years ago. Xe will serve as the foundation for a new, standalone GPU aimed at gamers. The Xe LP derivative found within Tiger Lake includes 96 EUs, up from 64, which run at a faster (though undisclosed) speed than their Ice Lake predecessor, Phelps said. (The Xe architecture is discussed more in our separate story.) Intel also improved its Gaussian Neural Accelerator for AI-driven activities, reducing CPU utilization by 20 percent.

All this means is that Tiger Lake as a whole will need to be supported by a wider, faster memory subsystem. Intel increased the I/O fabric bandwidth by a factor of two, and included support for faster memory: LP4x-4267 and DDR4-3200 DRAM to begin with, with a path toward LP5-5400 eventually, Phelps said. Intel’s Total Memory Encryption is in place to help protect against attacks.

A big improvement is PCI Express 4.0 (or PCie Gen4), a capability that only AMD has been able to offer until now. Tiger Lake changes this, adding an undisclosed number of PCIe 4.0 lanes directly from the CPU itself, not the intermediary PCH I/O hub. (Intel said this would allow 8GBps of memory bandwidth to devices like SSDs, implying that there are four lanes.) Phelps said that connecting PCIe 4.0 directly to the CPU shaved 100ns of latency off of the exchange—ideal, he said, for something like an external (Xe?) GPU. The number of PCIe lanes will ultimately depend on the processor core count, he said.

There will be some decided improvements to the Tiger Lake platform, though Intel’s not revealing as much (yet)as it did in its early Ice Lake disclosures. While Ice Lake included Thunderbolt 3 ports, Tiger Lake will be the first to adopt the powerful Thunderbolt 4 spec and USB4.

The USB-C ports attached to a Tiger Lake PC will also be more powerful, Phelps said. In addition to DisplayPort Alt Mode and tunneling support, there will be improved capabilities for inputting and multiplexing external discrete graphics card output over USB-C.

Intel’s also revealing Thursday that Tiger Lake contains a dedicated isochronous data path to the display, which presumably the company will detail later. There’s still no real explanation of why Tiger Lake’s imaging pipeline is so powerful (4K/30 video, with a roadmap to 4K/90, plus 27MP images on up to 42MP) on a PC platform that often includes 1MP user-facing cameras.

All told, this is the “tick” to the “tock” that will sound on September 2, when Intel actually launches Tiger Lake as a product. Revealing the unexpected performance increases and the Xe GPU certainly sounds like Intel’s determined to stave off AMD’s bid for the PC crown.

This story was updated at 8:51 AM with a gameplay video of the Intel XeLP integrated graphics in Tiger Lake.