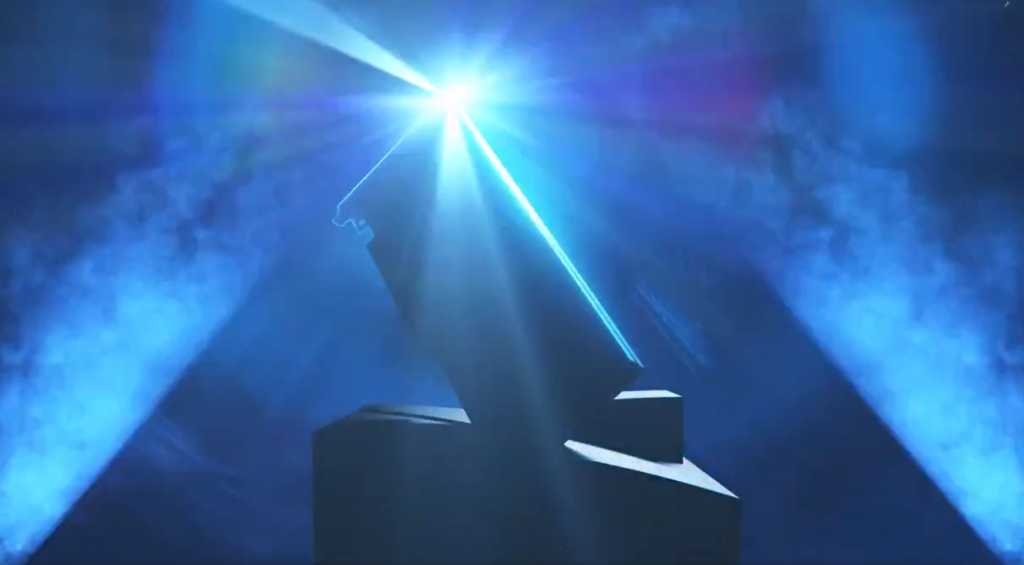 Intel’s upcoming Xe HPG discrete graphics card will indeed have hardware ray tracing, the company confirmed on Wednesday. The catch? That new discrete GPU for gamers won’t actually show up until 2021, while laptops will get Xe LP first.

Still, Intel’s Raja Koduri (senior vice president, chief architect, and general manager of Architecture, Graphics and Software) was visibly giddy to announce that Intel would soon have a GPU targeted to one of the loudest crowds on the Internet: enthusiast PC gamers. “We know enthusiast gamers are the hardest bunch to impress. They love products that have the best performance, best performance per watt, performance per dollar and latest, greatest features all at the same time,” Koduri said. “I’m excited to share with you that this GPU is now in our labs as we speak, and I can’t wait to get my hands on it soon.”

For dramatic effect, Koduri finally added: “And yes, this GPU will have support for hardware accelerated ray tracing along with several exciting features you expect for a GPU.”

Details of the new Xe HPG weren’t disclosed, but we do know it uses design cues from Intel’s Xe HPC for high-performance deep learning computing, the Xe HP that’s designed for intensive tasks such as real-time media encoding, and the Xe LP that’s going into laptops.

Koduri also said Xe HPG will use a completely new GDDR6 memory controller, unlike the Xe HP and Xe HPC, which use high-bandwidth memory (HBM). Koduri said that’s a good thing: “I still have the scars on my back trying to bring expensive memory subsystems like HBM to gaming, at least twice,” he said. Koduri is referring to his previous stint at AMD, and the company’s long and tortured relationship with HBM in consumer GPUs.

Intel also said the Xe HPG won’t be manufactured by Intel, instead saying it would be “external.” Naturally this leads to speculation as to which fab will get the work done.

The last bit of info on Intel’s long-awaited discrete GPU came in a Q&A with media after the presentation. Koduri said Intel plans to compete from the top to the bottom of the GPU market, but it’s sticking with its previously stated goal of getting Xe graphics first into the area with the greatest demand: Laptops.

That’s right: What will come first for consumers is Xe LP, which will be used in laptops featuring the upcoming Tiger Lake CPU.

Intel’s David Blythe said the goal was to offer 2X the performance over the 10th-gen Ice Lake’s Gen 11 graphics, while not growing the die space and also not increasing the power consumption. “So effectively this means…increasing performance per millimeter squared, performance per watt and performance per flop simultaneously,” Blythe said. Blythe described it as a “daunting” task that required a ground-up redesign, with the architecture, micro-architecture, and process teams all working together to achieve their goals.

Blythe said to hit the target, they decided to grow the engine by 1.5X, resulting in 96 execution units vs. the 64 execution units of the Gen 11 graphics in the 10th-gen Ice Lake CPUs. This took Xe LP most of the way toward its goal of 2X the performance over Gen 11 Ice Lake graphics. The rest mostly comes from the improved transistors and metal stack Intel used to build the cores, as well as bottlenecks removed from the previous design.

For example, a greater dynamic range means Xe LP EU’s will hit much higher clock speeds across the entire band. The current Iris Plus graphics in a Core i7-1065G7 has a base clock of 300MHz with a boost clock of 1.1GHz. Intel didn’t say exactly what clocks the new Xe LP EUs will run at, but it’s clear it’ll exceed 1.7GHz on boost. That boost clock will also consume more power, but the efficiency of the design means the new Xe LP EUs will run at about 1.6GHz while consuming the same power as the 10th-gen Ice Lake running at its max boost of 1.1GHz. That would be roughly a 45-percent higher clock boost.

What it all means: Faster integrated graphics gaming

What Intel’s Xe LP adds up to is a fairly beefy increase in performance over Intel’s integrated graphics formula, which has long been the butt of jokes among gamers.

In demonstrations the company showed Xe LP playing popular games such as PUBG and AAA games such as Battlefield V. Intel was sand-bagging, too: The performance of Xe LP was with the chip limited to a 15-watt TDP, while the 10th-gen, Gen 11 graphics Ice Lake laptop was set for a 25-watt TDP. That obviously implies that if a laptop can offer 25 watts of cooling, it should offer even more gaming performance.

Intel was very coy about the performance of the Xe LP, but in a voiceover during Battlefield V, the Intel narrator says: “With Xe you can expect outstanding performance across a breadth of games including previously unachievable game play on some AAA titles in this form factor.”

Because tech companies can’t make performance claims without lawyers parachuting in through the window armed with lawsuits, that statement  seems to imply that Xe LP will offer performance beyond both 10th-gen Ice Lake laptops as well as AMD’s current Ryzen 4000 chips. But note the phrase “form factor:” Is Intel referring to a 13-inch laptop or a 14-inch laptop? There can be a world of difference between those two sizes.

One other X factor in Intel’s demo is what memory technology the Xe LP used. Intel has added support for LPDDR5-5400 RAM, while the Ice Lake and Ryzen 4000 laptops are limited to LPDDR4.

No ray tracing in integrated graphics laptops (yet)

One last detail that should be said: Hardware-accelerated ray tracing will be in the discrete GPU due next year, but it won’t be in Tiger Lake/Xe LP-based laptops when they are unveiled in September. There’s hope: When asked whether hardware ray tracing could be done in an integrated chip, Intel’s Blythe responded, “it’s not that it can’t do it, it’s more about when is the right time.”

This story was updated at 8:57 AM with Intel-supplied video of XeLP gameplay.