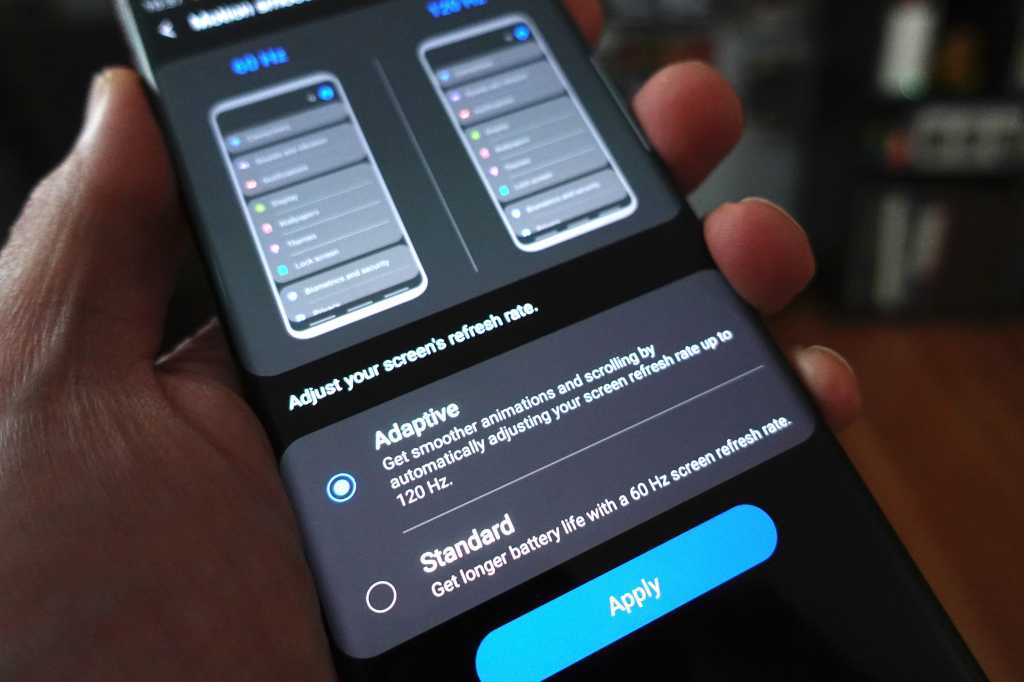 The Samsung Galaxy Note 20 only just hit shelves this week, but many of its features are already coming to the Galaxy S20. Samsung has announced that One UI 2.5, which debuted on the new Note, has already begun rolling out to S20 phones and should arrive in the U.S. soon.

Among the new features outlined below are enhancements to video recording, Samsung Notes, and DeX, but it appears the S20 won’t be getting the Note 20 Ultra’s best feature: adaptive refresh. On Samsung’s newest Note, in order to conserve battery life the display will automatically lower to 60Hz when the phone is at rest or when using an app that doesn’t benefit from the higher refresh rate. We reached out to Samsung for clarification, but they pointed us back to the blog post for the new features, which doesn’t list the adaptive refresh as coming to the S20.

Here are the new features that we know are coming:

Pro Video: A new option in the camera settings lets you select 8K recording in either 16:9 or 12:9 aspect ratios or 120fps HD recording, and there are advanced audio options for controlling the mic direction.

Samsung Notes: With audio bookmarks, you’ll be able to sync notes with recordings so you can easily jump to sections of audio notes. You’ll also be able to import and annotate PDFs, and documents will automatically save and sync to all of your devices while you work.

DeX: You won’t need a wire to use DeX anymore. By tapping the DeX icon in the notification shade, you’ll be able to connect your S20 to any smart TV that supports Miracast. You’ll also be able to use your S20 as a trackpad with multitouch gestures while you work on the larger screen.

Wi-Fi: The S20 will now be able to quickly share Wi-Fi passwords with other nearby Galaxy devices and show the speed of connections that show up in your available networks list.