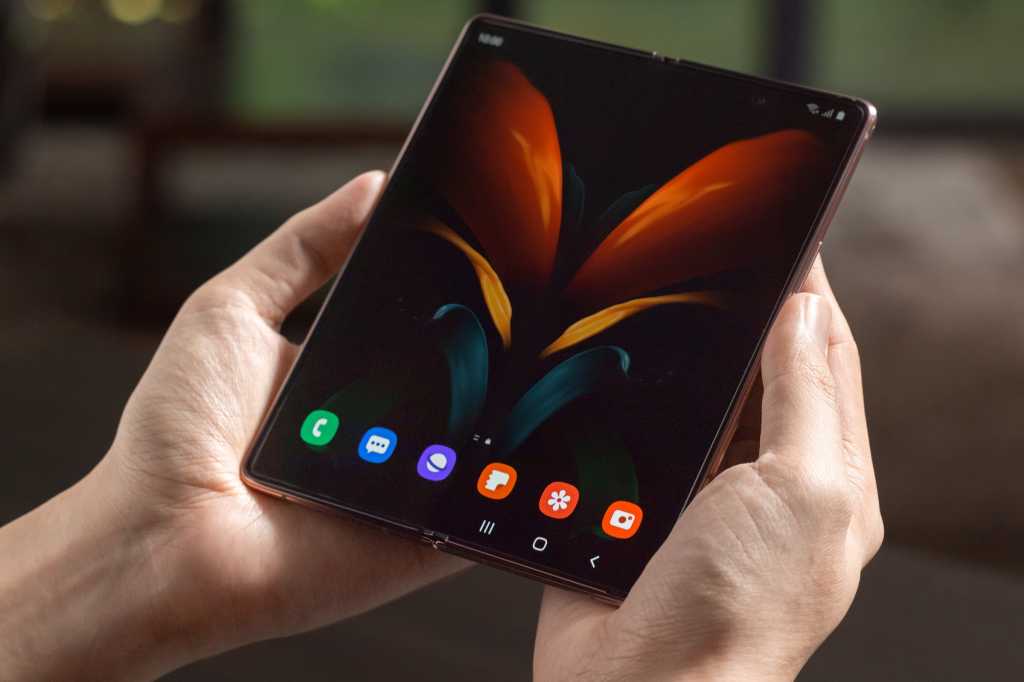 The original Samsung Galaxy Fold never really got a chance to make a name for itself. While it launched to a ton of fanfare, by the time it landed on shelves following a months-long delay due to design and manufacturing deficiencies, the Galaxy Note 10+ and iPhone 11 Pro were stealing the limelight and the wow factor had long faded. But Samsung persisted and now the follow-up has arrived with a new name (Galaxy Z Fold 2), a new price, and a new lease on life.

Unsurprisingly, Samsung is sticking with a very similar form factor as the one introduced with the original Fold, but every aspect of the Galaxy Z Fold 2 has gotten an upgrade, from the outside cover display to the inside screen ratio. But while the hardware is certainly improved, it’s still missing a compelling reason to spend $2,000 on a folding device.

First, let’s take a look at the specs:

That’s not quite on the level of a flagship like the Galaxy Note 20 Ultra, but it’s close. You get the same processor, RAM, battery, 5G support, and base storage, and a very good triple-camera system that comes with a new trick that automatically frames your subject and zooms while recording video. That’s a nice upgrade over the original Fold’s dual-camera system.

The biggest improvements over the Fold 2’s predecessor are with the displays. The outside display gets the biggest boost, jumping to 6.2 inches from the prior-gen’s barely useable 4.6-inch display. The Galaxy Z Fold 2’s resolution is only HD quality, but you can use it just as comfortably as you would a regular phone. Plus it looks a lot better than the odd small screen floating in the center on the outside of the original Fold.

When you open the Samsung Galaxy Z Fold 2, you’ll be met with a slightly larger 7.6-inch display with a squarer 3.74-3 ratio (versus 4.2:3 on the first Fold) that’s got a 120Hz adaptable refresh rate and a hole punch camera that looks way better than the ugly notch on the original model. The Fold 2 also borrows Flex Mode from the Galaxy Z Flip with a redesigned “hideaway hinge” that lets the Fold be used at any angle.

It still doesn’t quite close as flush as the Z Flip, but all in all, the Galaxy Z Fold 2 looks every bit as premium as its $2,000 price tag. The outside screen takes away the awkwardness of the original, and the move to a hole-punch camera on the inside screen does wonders for its appearance as do the thinner bezels. And the new Mystic Bronze color looks as good as it does on the Note no matter which of the new customizable hinge colors you choose (silver, gold, red, or blue).

All dressed up with no place to go

However, while the Galaxy Z Fold 2 is a very compelling device, it still lacks a compelling reason to exist. While Samsung touted optimized apps from Google (Duo, YouTube) and its own apps (Camera, Gallery, Clock) as well as the ability to launch three apps at once, drag-and-drop, and stream to a larger display via wireless DeX, it’s harder than ever to justify the Galaxy Fold’s existence, especially with a higher price tag (that doesn’t include Galaxy Buds or a case this time around). Multitasking is still more for short tasks than serious work, and there isn’t much you can do that you can’t already do on other large-screened phones.

That’s compounded by what Samsung dubbed “the new normal” at its last Unpacked event. With more people working at home than ever before and millions still unemployed, a luxury phone that doubles as a tablet seems less likely to appeal to people with a couple thousand bucks to spend on a phone. In my briefing, Samsung touted the Galaxy Z Fold 2’s versatility as an entertainment and productivity device, which is definitely true, but it’s decidedly less compelling when you’re traveling from the kitchen to the living room rather than to and from the office.

Even the Surface Duo, which has an equally high price tag and uphill fight to lure customers, has a better selling point. Microsoft makes no attempt to hide the fact that the Duo is a phone second and a productivity device first. For better or worse, it’s embraced its flaws—like the lack of a cover display and gigantic bezels—to deliver a device that gives on-the-go Office users something they can’t get on other Android phones.

That might be the biggest obstacle the Galaxy Z Fold 2 faces, even more than the luxury smartphone slump: a lack of identity. It’s as if the first Galaxy Note didn’t have an S Pen or the iPhone 3G didn’t introduce the App Store. High-end specs are great, but ultimately it needs something to convince people that a $2,000 folding phone with a 7.6-inch folding screen is more valuable than a $1,300 one with a 6.9-inch screen that doesn’t fold.

Even if Samsung has adequately fixed the first-gen problems as it claims, the Fold 2 needs to do more than just not break. Foldable phones are no longer the novel, trailblazing devices they were just 18 months ago, and while the Galaxy Z Fold 2 is definitely a major improvement over the first model, it still doesn’t have a unique use-case. Maybe by the third-gen, Samsung will figure out what to do with it.