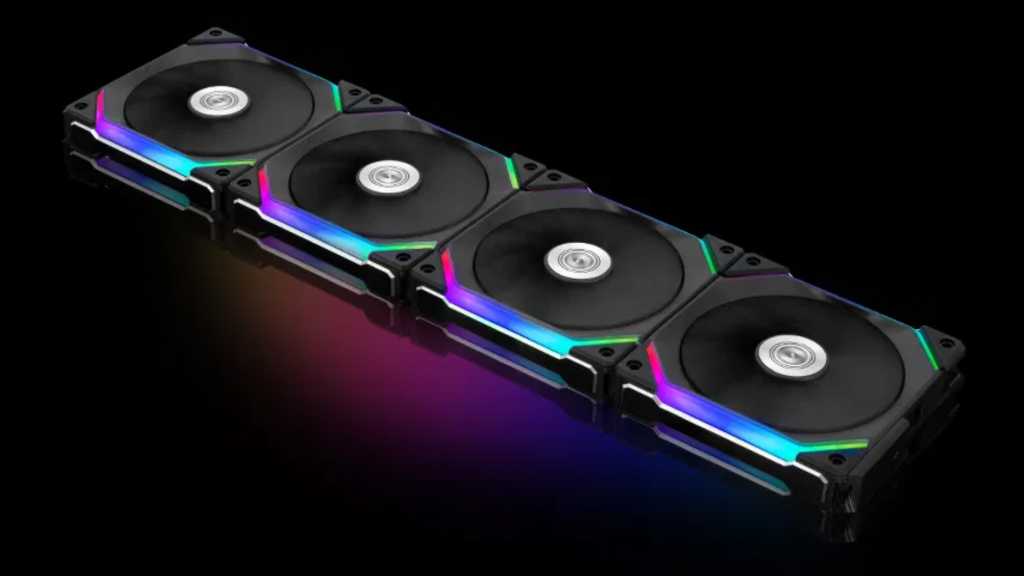 With all the upheaval this year, product announcements have been plentiful and scattershot as companies fire off news at all different times. It’s a lot to take in—so we’ve pulled out the best of the bunch with an eye to PC components, PC accessories, and software. We’ve also included items that launched this month so you don’t miss out, since shortages are a real thing these days.

Last fall, SK Hynix waded into the retail market after years of being the SSD OEM for large computer vendors, releasing a set of excellent 2.5-inch SATA solid-state drives. Now the company has further expanded its reach with the launch of the SK Hynix Gold P31, a line of M.2 NVMe SSDs that boast 128-layer TLC NAND—and industry first. Like its SATA counterpart, performance is excellent, with our 1TB test model almost hitting the advertised read and write speeds of 3.5GBps. Pricing is affordable, too: $135 for the 1TB version and $75 for the 500GB.

Fitbit’s next slew of wearables are coming, and its newest model, the Fitbit Sense, will sport the addition of sensors that detail your heart rhythm, stress levels, and even temperature. The data will provide more nuanced analysis of your health, though it won’t come free. Accessing breakdowns of your stress score or seeing your average breaths per minute is only possible if you pay for Fitbit’s $10/month premium subscription.

The company also unveiled updated versions of its Versa and Inspire—along with price increases for those two lines. (The Inspire 2 does come with a complimentary year of Fitbit Premium if you pre-order through Fitbit.) Along with the Fitbit Sense, the Versa 3 and Inspire 2 will begin to ship in late September.

Lenovo’s bendy line of convertible laptops has five new variations for fall. Alongside the usual updates to Intel chips is the addition of Ryzen 4000 processors as options—either the mainstream U-series or beefy H-series depending on the model. Given what we’ve seen already in an existing Lenovo laptop with Ryzen 4000, we’re damned excited, especially since the Ryzen notebooks undercut their Intel counterparts in price.

First shown at CES 2020, Lian Li’s Uni Fan simplifies cable management for RGB fans by allowing you to interlock up to four of them at once, leaving just one of set of cables to connect. No extra short cables to interconnect them—they simply slide together to create a clean, unbroken set. (Watch our video from CES to see them in action.) As with other RGB fan makers, Lian Li will sell these 120mm fans in individual packs or as sets of three, with the latter including the requisite fan controller that makes it all work.

Pre-orders are available now at Newegg, but shipping won’t begin until mid-September.

The successor to the budget A320 chipset landed this month, with major motherboard vendors pushing out an array of brand-new A520 chipset motherboards to retailers like Newegg. The launch comes just in time for holiday season sales—and the arrival of AMD’s Zen 3 (Ryzen 4000 series) processors later this year. With no support for Zen 3 processors and spotty Zen 2 compatibility, A320 was a dead-end for budget builders who wanted to keep the door open for later upgrades. The A520 chipset picks up where A320 dropped off, while also improving on it with an upgrade to PCIe 3.0 lanes and support for a USB 10Gbps port.

Why settle for a traditional tower case when you could instead have an a glass pyramid instead? The Azza Pyramid Mini 806 takes its striking look directly from the existing Azza Pyramid 804, but shrunk down to a rather endearing mini-ITX size. With dedicated space for an SFX power supply, clearance for GPUs up to 280mm in length, and even limited water cooling support, we’d much rather have the Mini 806 sitting next to our living room TV than a PlayStation 5. (At least, when it comes to aesthetics.) No price has been announced yet, but given the 804’s high cost, this looker won’t be cheap when it becomes available later this year.

The newest Samsung Galaxy Note phones are as large as ever—and so are their price tags. Starting at $1,000 for the Note 20 and $1,300 for the Note 20 Ultra, fans of this smartphone line won’t blink twice to get their hands on a giant, gorgeous screen, fast processor, and great battery life. For the less devoted, these behemoths may be too large, too warm during heavy loads, and too expensive to justify.

Either way, we’d like to see more phones in that mystic bronze color.

Last year, Corsair launched its Hydro X line of water cooling parts to simplify the process of finding and buying all the necessary elements—and even followed up with a pre-configured hardline tubing starter kit. Now the company has released two new hardline RGB Custom Cooling Kits, the $480 XH303i and $550 XH305i, with each offering both the gear and the tools needed to build a custom loop for your CPU. (You will need your own heat source for making bends in the hardline tubing, though.) We like the expanding amount of choices for these one-click buys, which make an intimidating aspect of PC building so much more accessible.

Plenty of PC enthusiasts love micro-towers and small form factor cases as much as they do performance-slaying hardware. Problem is, compact cases sometimes don’t always leave much room for power supply cables. More power supply vendors are addressing the issue with PSUs shaved down couple of centimeters lengthwise—which sometimes can make all the difference.

Fresh on the market this month are a handful of new options from Gigabyte and EVGA, with 450W and 550W Bronze plus 750W, 1300W and 1600W Gold offerings. For performance-minded builders, EVGA’s high-wattage G+ models should be an especially welcome addition that help minimize sacrifices.

Sometimes a laptop just doesn’t cut it for working in the field—nor lugging around a full desktop with a monitor. Enter the a-XP Portable Threadripper Workstation PC, which all but fuses the two form factors together.

As a hybrid, it has enough room to handle configurations with up to 64 cores, 256GB RAM, your choice of RTX, Quadro, or Tesla GPUs, and nearly all the storage your heart desires, yet is small enough to qualify as piece of airline carry-on luggage. You will pay a premium for the portability, of course: Prices start at $8,000K for a Threadripper 3960X system and stretch past $30,000 for a fully loaded 3990X rig.

This year’s extraordinary circumstances has resulted in unpredictable delays between previous announcements and actual release. So in case you missed them, here are the most buzzworthy items that finally hit shelves this month.

Retail prices may be higher than the MSRPs listed below, due to demand and U.S. tariffs.

First shown at CES 2020, Netgear’s new Orbi mesh router comes with a 4G LTE modem built in, enabling use of LTE sim cards as the backbone of your home Wi-Fi setup—thus allowing residents of areas without reliable broadband to more easily break free of pokey connections.