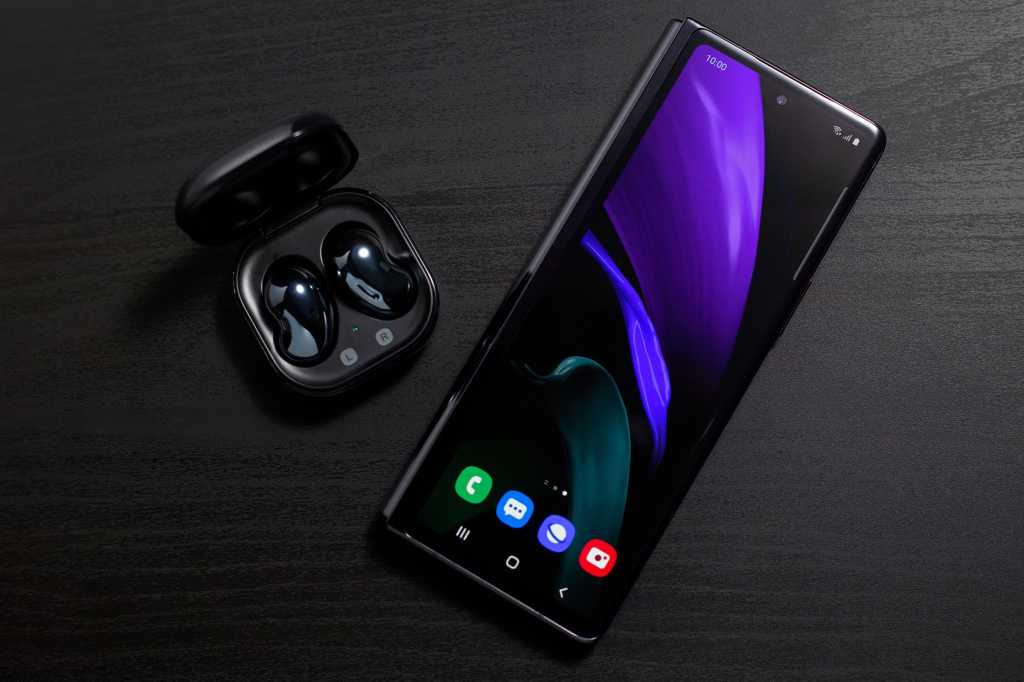 It’s no surprise that the Samsung Galaxy Z Fold 2 is a very expensive device. But with 5G, a much bigger outside screen, a refined design, and an upgraded camera system, it’s a little surprising that it costs just $20 more than the original model. After all, the Galaxy Note 20 Ultra added $200 to its price compared to the Note 10+.

But if you look a little harder you’ll see where Samsung cut corners to keep the price low: the box. Or rather, what’s not in it. With the original Fold, Samsung included two enticing extras to sweeten the $1,980 price tag: a pair of true wireless Galaxy Buds and a Slim Cover with Aramid Fiber. That’s roughly $150 in goodies that you’re not getting with the Galaxy Z Fold 2.

In fact, you won’t even get the USB-C AKG earbuds that come with the Galaxy Z Flip. Rather, if you want a pair of earbuds for your new $2,000 phone, you’ll need to either bring your own or call Samsung Customer Care to request a pair of wired ones just like with the Galaxy Note 20 Ultra.

While the loss of wired buds can be excused, ditching the wireless earbuds is less forgivable. Including the Galaxy Buds in the original Fold’s box made the phone feel like a premium device unlike any other and made the price tag much more palatable. Now you’re going to feel every one of the two thousand dollars you’re shelling out for the Z Fold 2.

Samsung is including its Z Premier Service with all Fold 2 purchases, which includes a one-time screen replacement for $149 and access to an exclusive 24/7 support line. You also get a membership to Founders Card, and access to a prepared meal from a Michelin star restaurant and a complimentary round of golf at a private country club program through ClubLife, as well as LinkedIn, GlamSquad, and Obe discounts and freebies. You know, the kind of perks people willing to drop $2,000 on a phone without earbuds need.

But if you’re not going to take advantage of a pricey meal or a round of golf, the Galaxy Z Fold 2’s box might seem a little empty. And the price a little steeper than it seems at first glance.