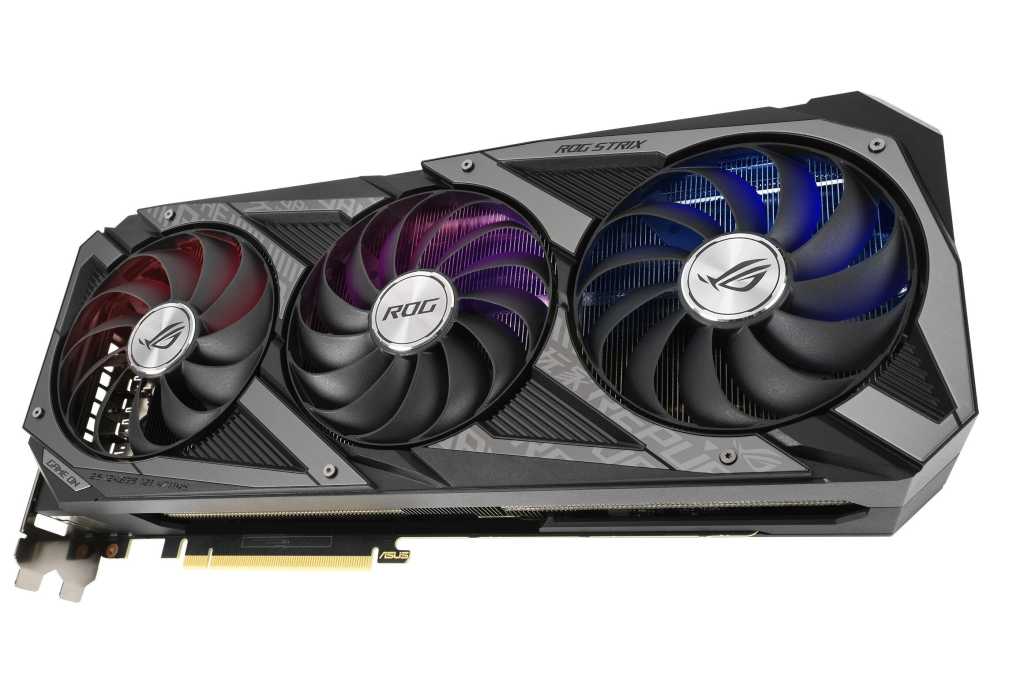 Nvidia’s new GeForce RTX 3080 and RTX 3090 may hit performance out of the ballpark without breaking your power supply. Other companies, however, are warning that you need to mind your PSU quality and power rating if you really want to push these new cards.

Announced shortly after Nvidia unwrapped its new Ampere-based RTX 30-series cards, the Asus spin bakes in more headroom for power. While showing off the company’s new ROG Strix, Romeo Wu of Asus even warned, “as a result of increased power demands, users may need to re-evaluate the power rating of their PSUs.”

The company said a modern GPU can go from using nearly no power to suddenly spiking to hundreds of watts. That’s something a borderline PSU, or one that’s been driven hard, might not be up to, Asus said. “And even if they have a high-power PSU, if it has been run hard for a number of years, its voltage regulation may no longer be adequate to cope with the fast load changes,” the company added.

A faltering PSU can experience power droops, which cause a game or the system to crash. Interestingly, while Nvidia’s top-end Founders Edition 3090 features two 8-pin connectors (using an included dongle), Asus’ ROG Strix 3080 and 3090 cards use three 8-pin connectors. Asus said it took this approach because it believes relying on just two 8-pin connectors puts too much pressure on the motherboard to supply a stable and clean 75 watts through the slot itself.

“This approach is perfectly within spec, but it may create additional power-delivery and thermal demands that some motherboards might not be built for,” Asus said. The situation is especially borderline for those who want to overclock their shiny new Ampere cards. By using three 8-pin connectors, the majority of the power comes directly from the power supply.

Asus aligns with Nvidia in recommending 750-watt power supplies for both the RTX 3090 and RTX 3080. Asus said, however, that its card has a total of 400 watts to play with, which is about 25 watts more than a card would have if using two 8-pin plugs and the PCIe slot.

“We deliver power using a massive custom VRM array comprising 22 power stages across all of the major voltage rails. Strong and efficient 70A power stages on the main rails ensure the cleanest and most reliable power delivery,” the company said.