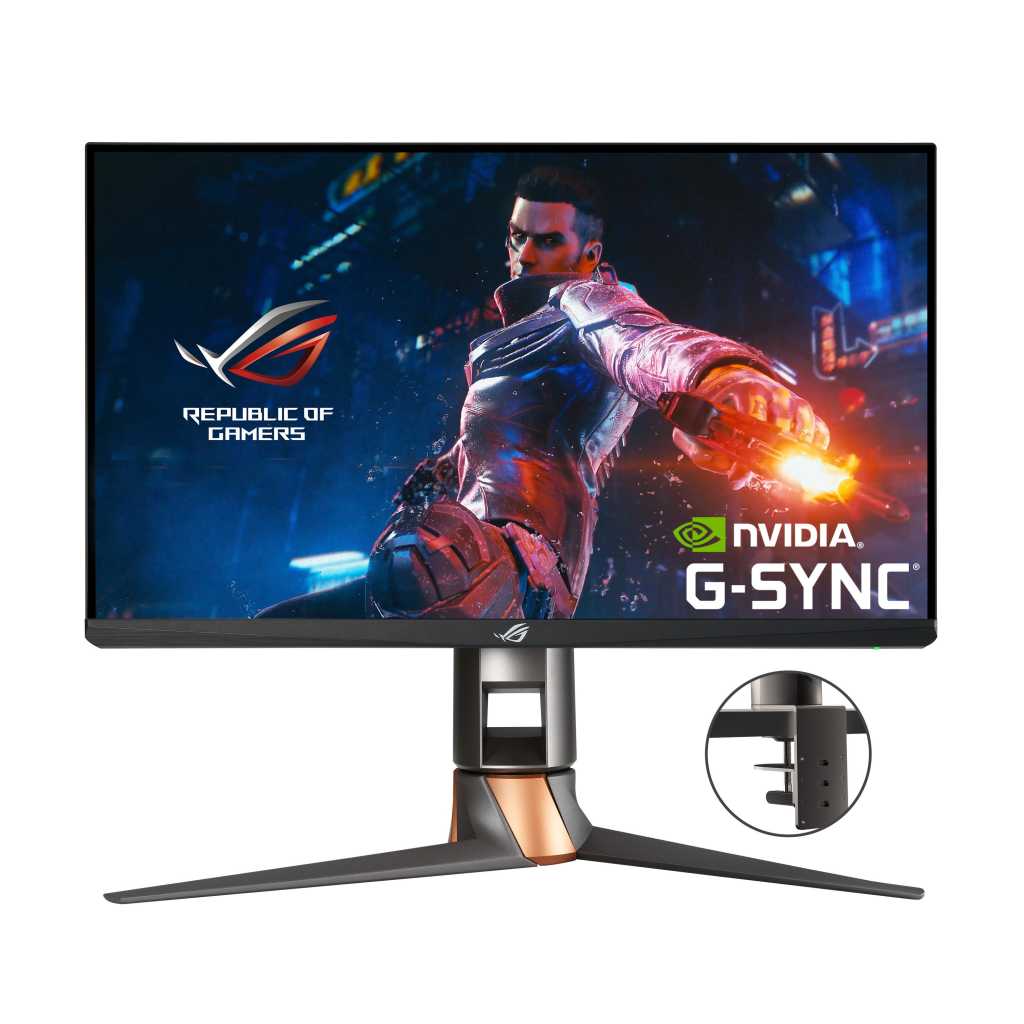 Measuring the time lag (latency) between a mouse click and the muzzle flash in a video game has been an expensive, lab-only capability. But now, Asus and Nvidia say, you can do it with your PC.

That is, you can do it with a PC with Nvidia’s new GeForce RTX 30-series graphics cards. You’ll also need a certified mouse from Logitech, Razer, or Asus, and a monitor such as the new Asus ROG Swift PG259QNR.

That last letter ‘R’ stands for the Reflex Latency Analyzer capability of the G-Sync monitor. Such capability would cost more than $7,000 in high-speed cameras and equipment. The latency will be displayed in real-time on the monitor’s OSD. It’ll even break down where that latency is occurring—whether it’s the mouse, the CPU, the GPU, or the display.

The ROG Swift PG259QNR itself is a 360Hz panel with a resolution of 1920×1080. It’s built on Fast IPS, with a rated 1ms gray-to-gray response. The panel offers 50 percent higher refresh rates than today’s 240Hz gaming panels.

Besides the high refresh, though, it’s the Reflex Latency Analyzer capability that’s the most eye-catching feature of the monitor. It’s especially likely to resonate with professional eSports players, who have the skill levels that could benefit from finding latency issues in the gaming pipeline.

The Reflex Latency Analyzer works by plugging a certified mouse directly into the ROG Swift PG259QNR. Other 360Hz panels with Reflex support from MSI, Dell, and Acer will also support the feature.

While running a special latency test, the player aims around the screen, shooting objects. The monitor can detect when the mouse button is pressed and when the muzzle flash occurs on the screen itself. Nvidia said 360Hz G-sync panels should hit about 15ms of latency, while a 144Hz panel might be about 40ms to 50ms.

The analyzer is something that requires special hardware, but Nvidia said its Reflex SDK will deliver results for games on older hardware as well. GPUs newer than the GeForce GTX 900 and up will also benefit in games that supports its Reflex SDK. The GeForce GTX 1660 Super, the company said, will offer a 33-percent improvement in latency.

Of course, the company said buying faster hardware is another great way to reduce latency.