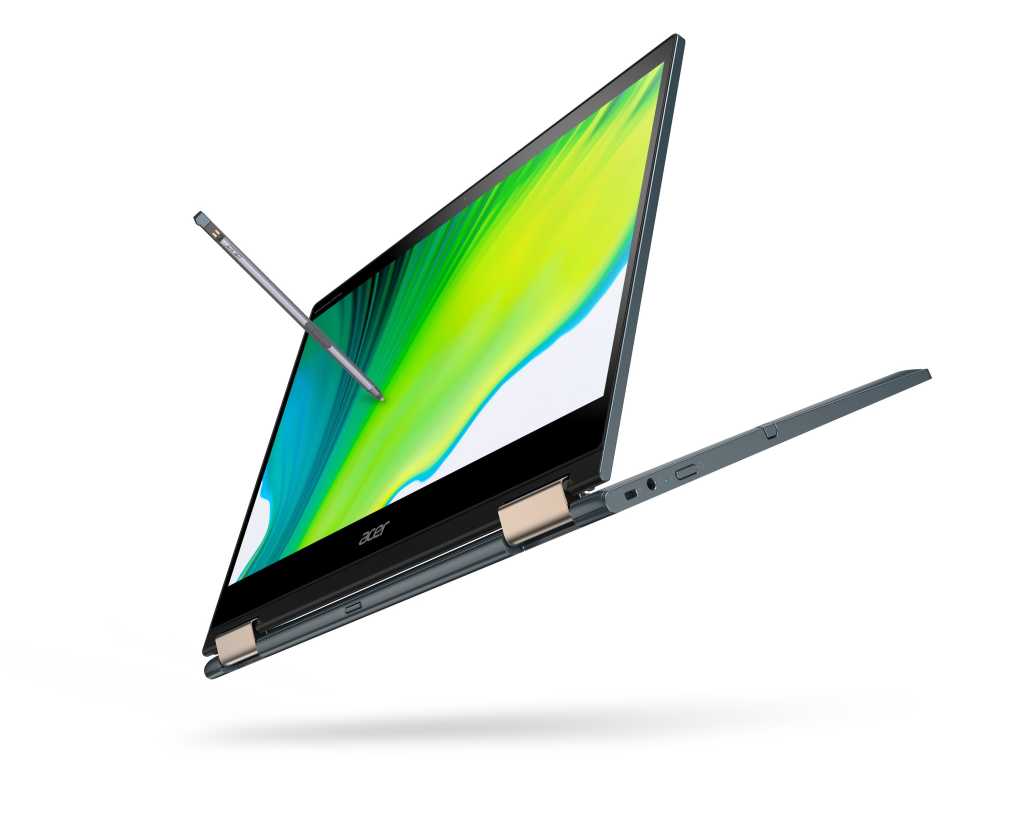 Acer has signed on to use Qualcomm’s Snapdragon 8cx Gen 2 5G, a next-generation Arm processor promising multi-day battery life and 5G connectivity, inside its new Spin 7 2-in-1 laptop.

The magnesium-aluminum alloy chassis of Acer’s 14-inch Spin 7 convertible weighs 3.09 pounds and measures 15.9mm thick. It’s a device designed for the always-connected, mobile world, which hopefully will be a reality again in the not too-distant future.

Keep in mind, however, that the Spin 7’s Snapdragon 8cx Gen 2 5G chip (what a mouthful!) runs on Arm instead of x86. Arm chips have had some issues keeping up with Intel’s Core and AMD’s Ryzen processors in performance, and suffered from some compatibility issues, too.

Acer didn’t release a full list of Spin 7 features, though what we know of the laptop sounds promising. There’s a 14-inch full HD IPS display, covering 100 percent of the sRGB gamut, which itself is covered by antimicrobial Gorilla Glass. A fingerprint sensor unlocks it all. A BPR & EPA compliant silver-ion antimicrobial agent has also been added to the coating on the keyboard, touchpad and surrounding surface, which “is proven to show a consistently high microbial reduction rate against a broad range of bacteria” under the JIS Z 2801 & ISO 22196 test protocols for testing the antimicrobial properties of plastics.

Acer announced the Spin 7 at IFA, the Berlin technology trade show that surprisingly is still being held in the real world. Unfortunately, Acer hasn’t released either a price or a shipping date, however, so we’ll have to wait to see if we can get our hands on one.