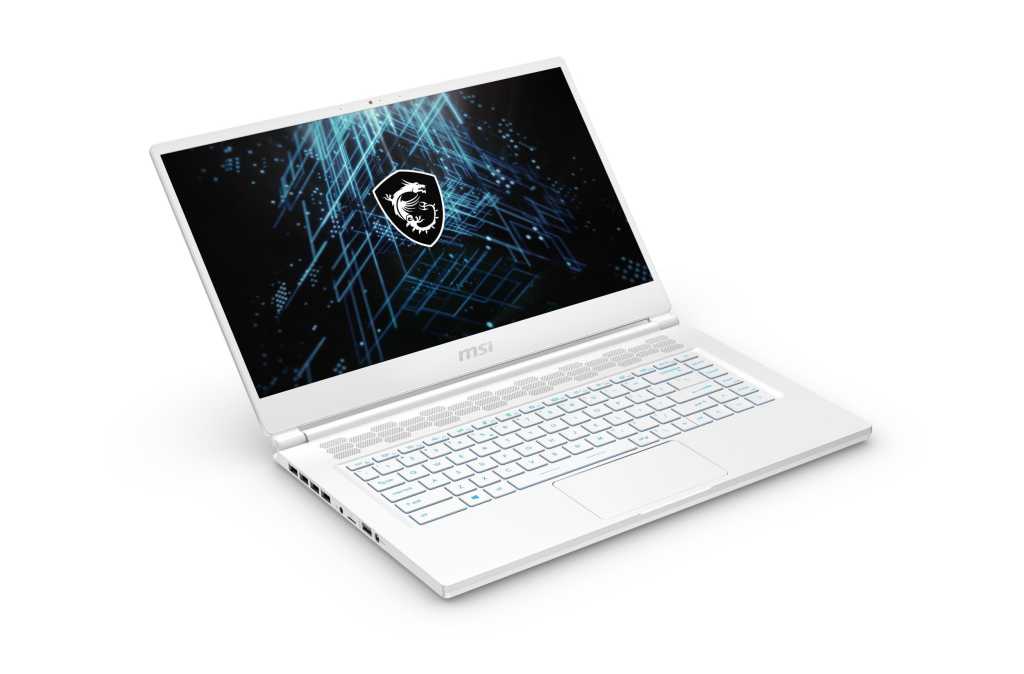 In a slew of 11th-gen Tiger Lake laptops introduced this week, MSI’s Stealth 15M Tiger Lake gaming laptop just might be the most interesting of them all.

The reason that’s so unusual, of course, is Tiger Lake has mostly been seen in thin and light laptops using Iris Xe integrated graphics. Gaming laptops, on the other hand, almost universally feature “H-class” CPUs that feature more cores and run hotter.

Only quad-core in a gaming laptop!?!

The sticky part in all this is the core count. Gaming laptops currently top out with 8-core Core i7 and Core i9 chips or 8-core Ryzen CPUs. Isn’t it a major downgrade stepping down to a quad-core Tiger Lake chip? To be frank, no.

Despite what you hear, the vast majority of games people play run just fine with a quad-core CPU with Hyper-Threading or SMT turned on. In fact, many budget gaming laptops are still sold with Intel’s quad-core 9th-gen Core i5-9300H CPU.

Still, why use a Tiger Lake chip in a gaming laptop? While it will indeed be at a core count deficit vs. an H-class Core i7 or Core i9, the CPU is likely to be much, much cooler, running as it’s built on Intel’s new 10nm process. With fewer cores and the beefier cooling of a gaming laptop, it might just sit all day at 4.8GHz boost clocks, which a traditional H-class CPU wouldn’t maintain.

There are other reasons to use a Tiger Lake CPU too, and MSI takes advantage of a big one: PCIe 4.0. As the first mobile CPU with PCI 4.0 support (Ryzen 4000 skips it for power consumption reasons), MSI pairs the Tiger Lake CPU with a blazing-fast x4 PCIe 4.0 SSD..