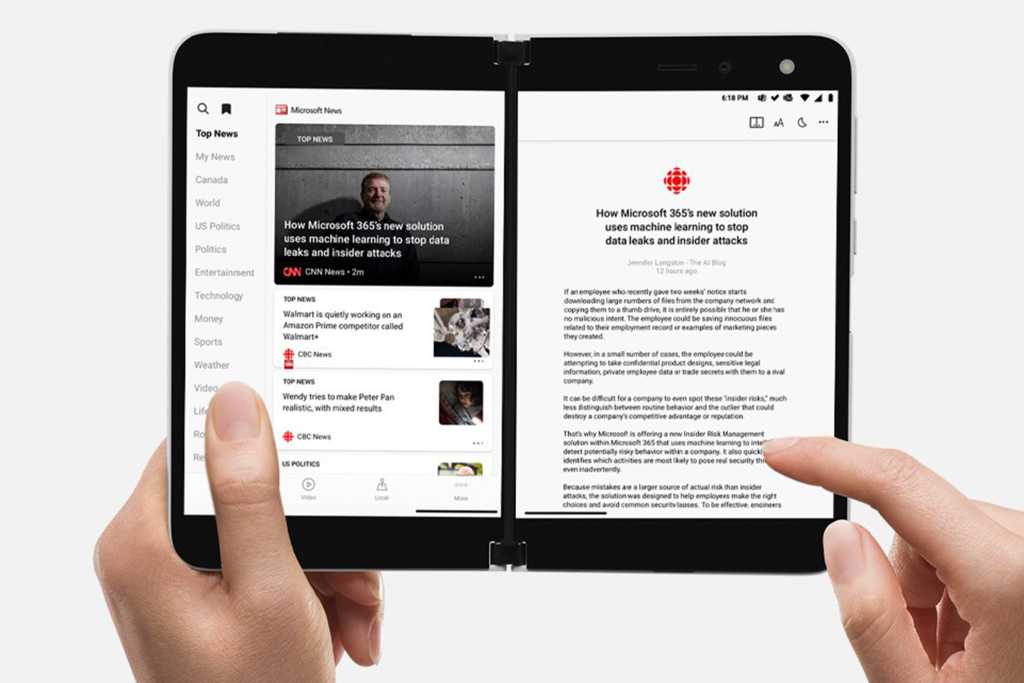 Microsoft Surface Duo officially goes on sale today, but before you drop $1,400 on one, you might want to read a few of the reviews. Because the first impressions of the unique device aren’t great.

The overall feeling is best summed up by Joanna Stern of the Wall Street Journal who says the device isn’t ready unless “you want an Android device that repeatedly ignores your taps on its screens, randomly slows down, struggles to figure out its own up, down and sideways positioning, and abruptly rearranges parts of its own interface.” That’s pretty scathing, but unfortunately, Stern’s conclusions aren’t out of the ordinary.

In addition to saying the “lovely, well-designed” Surface Duo “is absolutely not worth” its $1,400 price tag, Dieter Bohn at The Verge criticizes the device’s complicated multitasking, confusing navigation, and buggy interface, but praises the “comprehensive, unified, and coherent ecosystem of apps and services.” He says the ecosystem is “all miles better than whatever Samsung or LG equivalent you’ll find on their phones,” and even found “moments of feeling like I could get more done on the Duo than I could on other phones.”

However, if you want to use the Surface Duo for anything other than working in Microsoft’s apps, the experience won’t be so great. Nearly every reviewer found the Android experience lacking, with apps that didn’t support the Duo’s multitasking, wonky navigation, and a poorer experience than you get on any other phone. Bohn also succinctly says the camera is “trash,” while Daniel Howley at Yahoo was somewhat less scathing but still not pleased with the results: “The Duo was simply unable to capture as much detail, and, as a result, images looked blurred and out of focus.”

When it comes to Android apps, the experience is just as bad, with Scott Stein of CNET saying the “persistent lagginess and problem with screen orientation (threw) off the whole experience.” And while Daniel Rubino of Windows Central had one of the better experiences, he still admits that the Surface Duo “is buggier than I would like,” though he’s optimistic that “software tweaks and optimizations” will help.

Where the Duo shines is with its hardware. Reviewers universally praised its build and hinge, with Axios reporter Ina Fried calling the Duo “elegant, useful and seemingly hearty” and Corbin Davenport of Android Police calling out its impressive thinness and “mostly-flat design.” Reviewers also were universally content with its battery life but not blown away, but were bummed by the lack of Wi-Fi 6 and NFC, especially in a post-COVID contactless world.

Ultimately, the Surface Duo doesn’t seem to be worth the monetary investment, but it’s an intriguing, exciting, and interesting device for people who live on the cutting edge. As Adam Ismail at Tom’s Guide concludes: “While too rough around the edges to finish as one of 2020’s best phones, our Microsoft Surface Duo review reveals what makes one of the year’s most curious handsets so exciting and maddening all at once.”