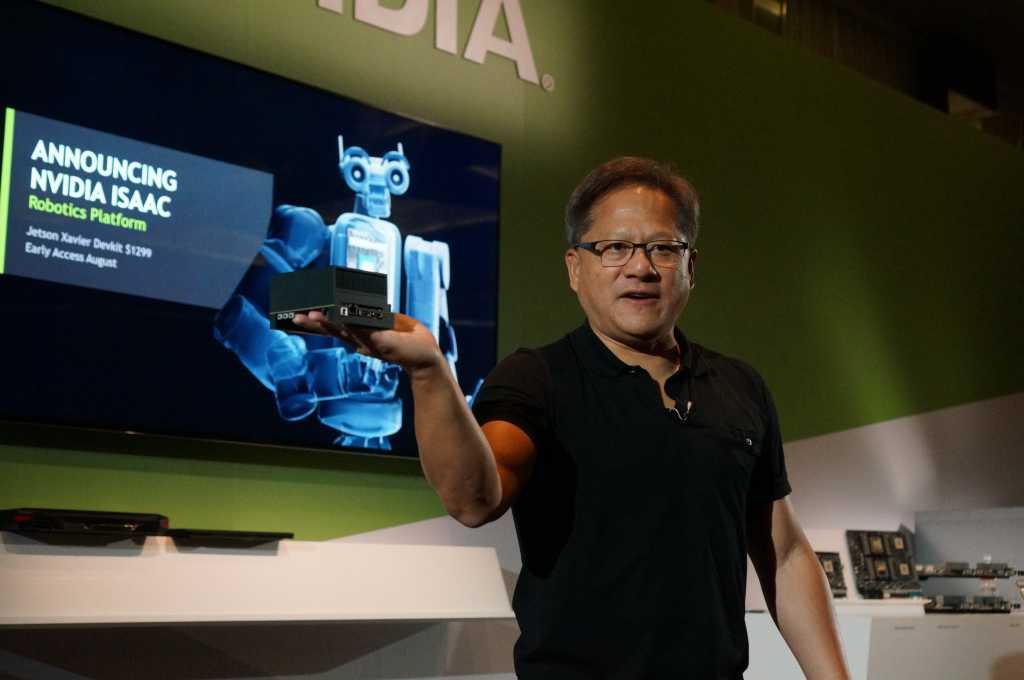 Nvidia’s chief executive said he’s interested in using Arm’s network of partners to license its GPU technology—and that it might be in your smartphone someday.

In a conference call early Monday morning, Nvidia chief executive Jensen Huang said he wants to use Arm’s relationships as a distribution channel to license a broad set of Nvidia technology, including graphics. “The first obvious thing for us to make available through ARM’s vast network is our GPU and our accelerated computing architecture,” Huang said in a conference call on Sunday evening.

Nvidia said Sunday that it had agreed to acquire Arm for up to $40 billion in cash and stock, in a deal that still has to pass regulatory approval. Huang described the deal as complementary, as the Arm technology will be used to bolster Nvidia’s AI efforts and its push into the data center. But Nvidia’s role as a GPU provider and Arm’s dominance of the smartphone industry means that regulatory agencies may look hard at the proposed deal.

Nvidia, however, may have bought more than Arm’s smartphone CPU cores; it may be leveraging its relationships, too.

”I’d like to take Nvidia’s technology and offer it to all the companies that are building with Arm,” Huang said.

”SOCs [system-on-chips] really don’t have the benefit of the amazing GPUs that we make, and Nvidia is well known around the world for for the energy efficiency and advanced capabilities of our GPUs,” Huang added.

But what GPUs? Huang didn’t say, and it’s not clear if the GeForce brand will be coming to smartphones if this deal passes. Huang talked about the pervasiveness of the existing Mali core within Arm’s CPUs, and implied that Nvidia could add its GPU technology to the mix. It seems likely that Nvidia would also be interested in designing its GPU cores into data center chips, as well, though the company’s hardware already has a strong foothold there.

What the deal implies, then, is that if Nvidia begins making its GPU technology through Arm’s distribution channel, it will likely end up as part of Arm’s cores. And since Arm dominates the smartphone market, it’s very possible that a future Mali logic block within Arm’s Cortex CPU cores could be powered by Nvidia. How soon will that happen? Well, Huang said he thinks the Nvidia-Arm deal could take a year or more to close, and that the two companies will operate independently until then, as defined by law. Only after the acquisition is completed can design work start.

So… eighteen months? Three years? Who knows. But one thing is sure: Huang wants to start selling Nvidia GPUs into more than just your PC. Your next (next-next?) smartphone is a likely target.