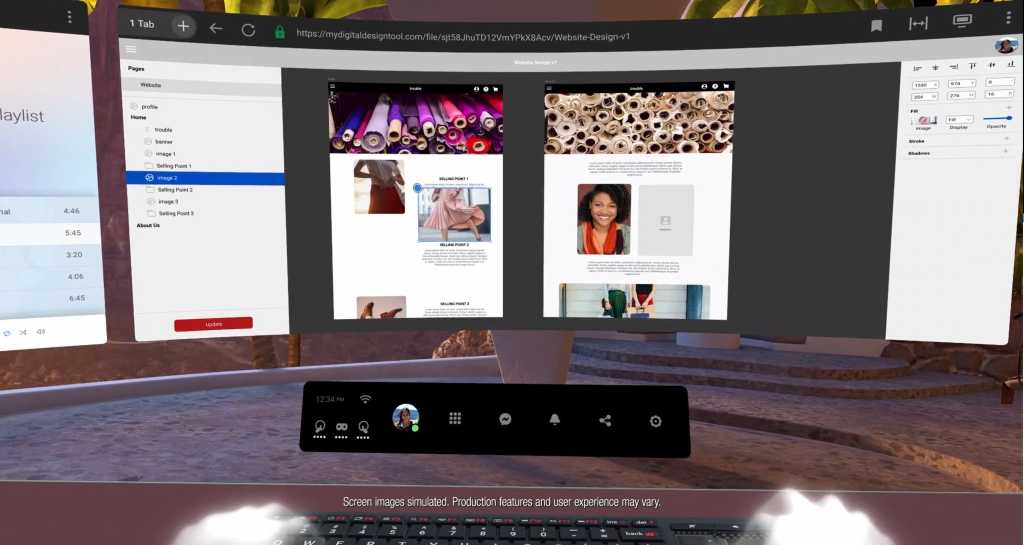 The new Facebook Oculus Quest 2 isn’t just about playing games. Facebook also debuted a concept called “Infinite Office,” a Facebook “experiment” that will move the concept of multiple displays into virtual reality when it debuts this winter.

Facebook will even get around the problem of typing in VR—when, otherwise, you wouldn’t be able to see your hands—by partnering with Logitech on a keyboard. The Infinite Office keyboard will exist in the real world and be seen by the Oculus Quest 2 hardware as well.

Facebook’s idea is that productivity should exist in the virtual space, as well as in the real world. With so many people working from home, they may not have a large physical workspace upon which they can mount many monitors—which improves productivity for most people. By placing those monitors in a virtual space, Infinite Office allows users to surround themselves with screens, and thus accomplish more during their workday.

Key to the Facebook Infinite Office experience will be the Oculus Quest 2, the new $299 Oculus standalone VR headset that’s both lighter and more comfortable, and with higher resolution—close to 2K—on each eye. Facebook hopes that the combination of the two will result in a less fatiguing virtual environment. It’s not clear, however, how Facebook will accommodate the Quest 2’s 2.5-hour battery life—perhaps with the new battery-pack accessory the company announced as well.

The Quest 2 operates using either a controller or, now, with limited hand detection. We can hope that the partnership with Logitech is using actual key presses to input data, rather than trying to interpret quick taps of ten fingers. Oculus also disclosed that it will be using its own Oculus browser as a web interface for users, rather than the more traditional Microsoft Edge or Chrome.

Facebook isn’t saying much about what it’s calling an “experiment.” The company plans to roll it out in what appears to be a limited beta this winter, and it disclosed a partnership with Spatial, a collaborative AR platform. Eventually, we may see whether virtual monitors are as effective as physical displays.