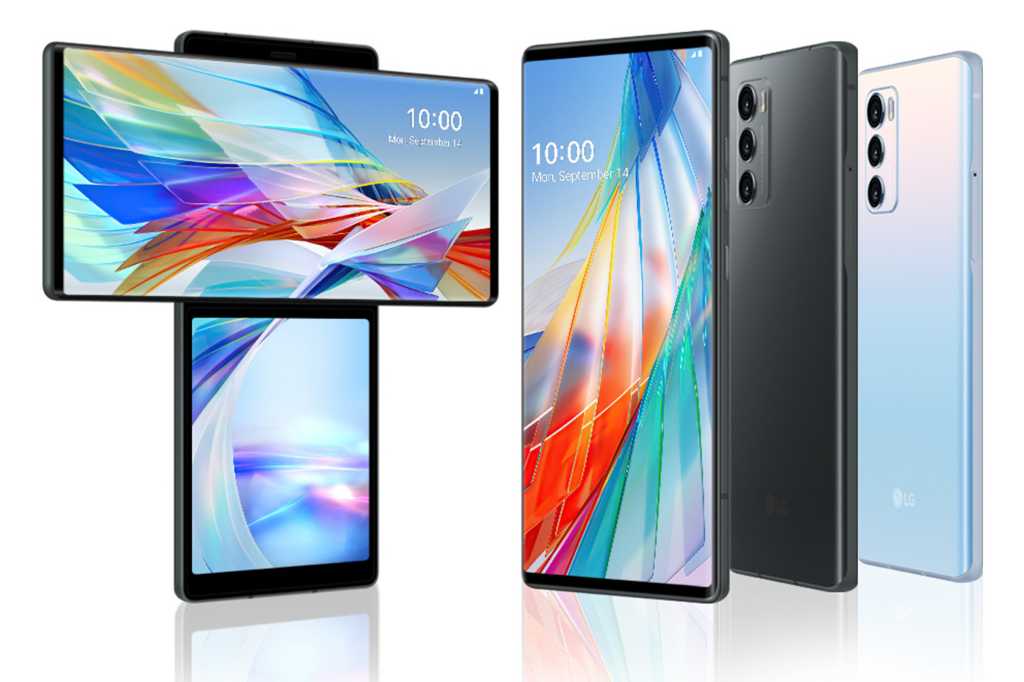 If you thought LG’s gesture-based ThinQ phones, water droplet-inspired Velvet, and DualScreen cases were brilliant moves by a smartphone maker way ahead of its time, wait until you get a load of the Wing, a gotta-see-it concept phone that’s straight out of an episode of Westworld.

The Wing naming is quite literal: it’s the world’s first 5G swivel smartphone, as LG claims. When the second screen is rotated, it kind of looks like the phone has wings, with one horizontal screen on top of a smaller squarish one. It’s definitely unique, but looking at the photos LG has provided, it’s hard to see how using it will be comfortable or natural. The primary use seems to be watching movies or displaying pictures on the landscape and getting work done on the smaller one, as LG explains in its developer notes:

The best use of the Wing seems to be upside down, with the landscape screen acting as a full-sized keyboard and the screen showing an email or text, but oddly none of LG’s marketing images show that combination. Rather, LG wants people to use the two screens independently, touting the device for “users who value portability and love multitasking.”

But it’s not for people who want the latest and greatest in speed and power. Like the Velvet, the Wing isn’t a flagship device when it comes to what’s inside it:

You can still use the Wing as a regular phone, but at nearly 11mm, it’s a little thick (though not nearly as thick as the 16.8 mm Samsung Galaxy Z Fold 2), and you’re not getting Quad HD resolution or a 120Hz refresh rate like Samsung’s newest phones. And with Android 10 onboard rather than the newly released Android 11, it’s already a bit behind the times.

But the Wing’s form factor does have its benefits. Swiveling the screen turns the phone into a camera gimbal of sorts, providing “the stability needed to capture clearer shots and smooth video footage in horizontal mode with one hand.” Additionally, the Wing brings features provided by an actual gimbal, including a virtual joystick for controlling the camera angle, a lock to reduce shakes and blurring, a “follow” mode for smoother videos, and “first-person view mode for capturing rhythmic and dynamic movements.” There’s also a pop-up selfie cam that’s smart enough to retract when dropped.

All said, LG’s is asking customers to put a lot of faith in the Wing. While it says it’s been rated to be “to be perfectly reliable even after 200,000 swivels,” extra moving parts on a smartphone generally aren’t ideal. Pop-up selfie cams have gone out of style as quickly as they arrived and never made it to flagships from Samsung and Apple likely due to the inherent breakability factor. And now there’s a whole other mechanism behind the screen to worry about.

We also don’t know how much it costs. While the 5G Velvet is competitively priced at $700 and less, the Wing might be much higher due to its design. We’ll find out when it officially launches “at a later date,” but even if it’s priced right, it’s still going to be a tough sell in the face of new iPhones, folding Galaxies, and the upcoming $499 Pixel 4a 5G.

The Wing seems like little more than a desperate attempt by LG to gain back some of the attention it’s lost over the years and maybe it’ll work. But it’s hard to imagine that it’s going to transfer into relevance.