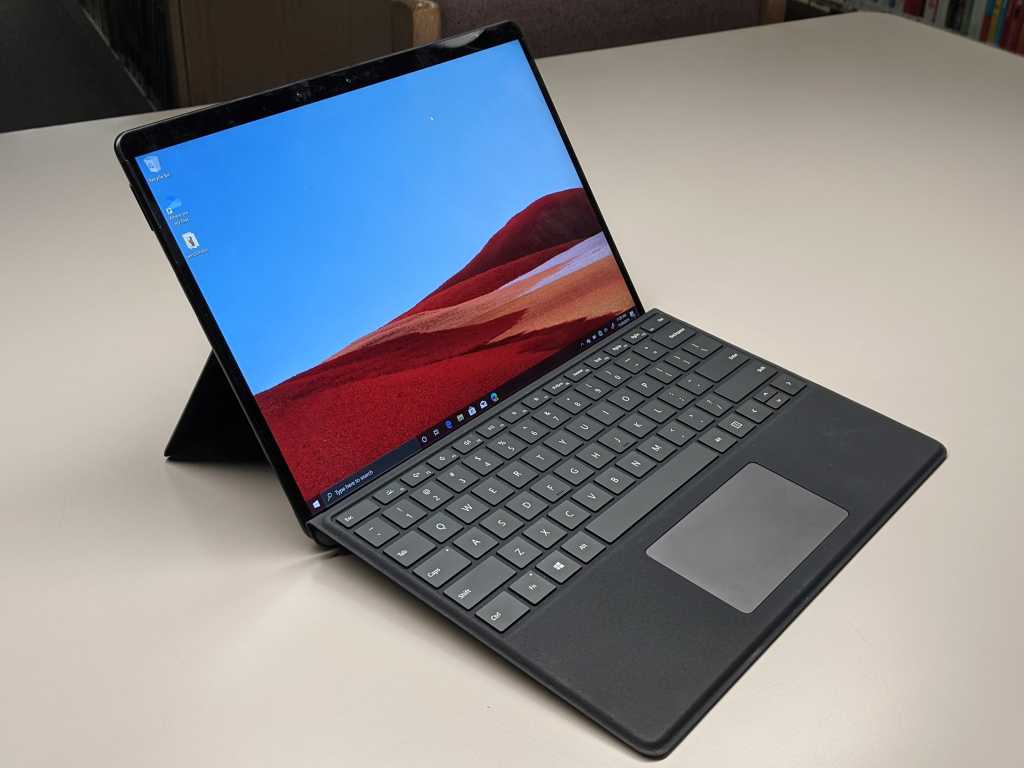 Microsoft may announce support for emulating 64-bit Windows apps alongside a refresh of the Surface Pro X this fall, according to a report.

The name for the new Surface Pro X is unknown, though “Surface Pro X 2” is a possibility. Windows Central reports that the design will remain unchanged, but with a platinum color option.

Though the Surface Pro X was Microsoft’s attempt at modernizing the relatively fixed Surface Pro tablet design, it suffered from three major flaws, according to our Surface Pro X review: It was underpowered, compared to the competition; it suffered from compatibility issues, dating to its inability to run 64-bit X86 apps; and the battery life was far from what you’d expect from an ARM-powered machine. Microsoft’s tablet was unable to get through a day of ordinary use, inconceivable for a productivity device, let alone one marketed as a “Pro” tablet.

The first two shortcomings are more forgiveable. For the last several years, the Snapdragon ARM architecture has been able to run apps specifically coded for the ARM architecture natively, either as 32-bit or 64-bit binaries. Apps coded for the X86 architecture used by Intel’s Core or AMD’s Ryzen, though, must be interpreted and emulated through a combination of the Windows OS and ARM processor architecture. Performance has suffered as a result—though there’s an argument to be made that certain apps run well enough differences may be waved off.

There’s one exception: The Snapdragon architecture can’t run 64-bit X86 apps, period. Because 64-bit apps are common in the Windows world, that means anyone who’s used a Surface Pro X or Galaxy Book S has either run into an app that the processor can’t run, or has constructed a careful list of web apps and other workarounds that will.

If Microsoft is readying a 64-bit X86 app emulator, all that nonsense could go away. A Snapdragon PC can win. Laptops like the Dell Latitude 9510 win awards because they load up on battery, delivering all-day usage and performance. But Microsoft is going to have to enable the Snapdragon architecture to be able to run everything that users expect. Those table stakes will allow Snapdragon to begin competing—and if Microsoft has that capability waiting in the wings, that’s great news.