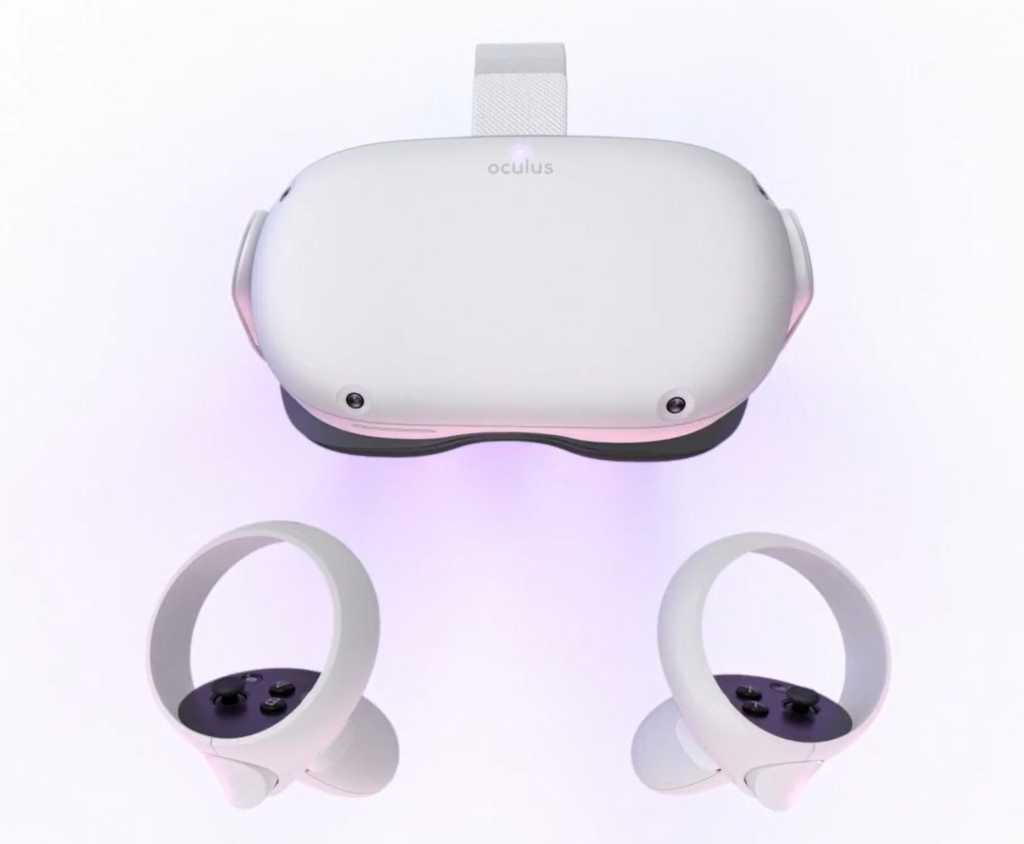 While many details of Facebook’s new Oculus Quest 2 headset leaked out early, what we didn’t know was the price: $299, a significantly cheaper option versus the $399 Oculus charged for the Facebook Quest. Mark Zuckerberg, the chief executive of Facebook, introduced the Quest 2 by identifying the $299 price point. But there will apparently be two models:  the $299 model with 64GB of storage, and a more expensive $399, 256GB model, according to Road2VR.com, which received a briefing on the Quest 2 news. Preorders will begin October 13.

The original Quest supported full position-tracking and room-scale VR, all tracked by four cameras at each edge of the original headset. With the Quest 2, Oculus has taken that a step further: Those cameras can now track your hand, so that you’ll theoretically be able to ditch the controllers in certain games.

The Quest platform defines its play space using its Guardian technology, which allows you to “draw” a rectangle on the floor to define the boundaries of the space. The original Quest defined up to five boundaries, which it remembered using objects as landmarks in your house. One of the original Quest’s limitations was that it had some trouble differentiating objects from the shadows they cast, which led to some odd anomalies. Nothing appears to have changed here.

The original Oculus Quest was based on Qualcomm’s Snapdragon 835 chipset, which delivered 2560×1440 resolution (compared to the original Quest’s 2160×1200 output), at 72 frames per second. At the time, Qualcomm was using the 835 in phones as well.

Last December, however, Qualcomm debuted the Snapdragon XR2 platform specifically for mixed reality. The Quest 2 takes advantage, with two “nearly 2K” displays that run at 1,832×1,920 per eye at 90Hz, according to Road2VR.com. According to Zuckerberg, the Quest 2 uses a single LCD display. (Qualcomm said earlier that the XR2 could deliver 3,000×3,000 per eye, at 90 fps, or 2.5K x 2.5K at 120Hz. HDR10+ was also supported.) For those interested in the performance of the tethered Oculus Rift (without actually buying one), Oculus has included an Oculus Link cable to pipe content over from a gaming PC.

Facebook has also addressed some of the biggest complaints from our original Oculus Quest review. For one thing, the original Quest offered a paltry 100GB or so of available storage for games and the like, after the OS was taken into account. With the Quest 2, the storage has been boosted to a maximum of 256GB. Likewise, the available memory has been upgraded from 4GB to 6GB in the Oculus Quest 2.

With all of the performance upgrades, how will the Quest 2 feel? We won’t know until we test it, but Oculus is also suggesting that the Quest 2 will be more comfortable to wear, with an upgraded strap. It’s also 10 percent lighter, at 503 grams. Oculus has left battery life unchanged at about 2.5 hours for the Quest 2 itself. You’ll apparently still need AA batteries to power the two standalone controllers.

A number of games will be optimized for use with the Quest 2, including multiplayer versions of Beat Saber; Population One, a VR battle-royale game, and Jurassic World: Aftermath, and two out-of-the-blue surprises: VR-specific versions of Assassins’ Creed and Splinter Cell.

With millions of Americans working and studying from home, the Oculus Quest 2 should find a receptive market. Still, Facebook’s new VR headset will have to convince players to ignore the upcoming launches of the Microsoft Series S/X consoles as well as the Sony PlayStation 5. At least the Quest 2 will have a few years before Facebook begins mandating a Facebook account to use it.

This story was updated at 2:05 PM with additional screenshots.