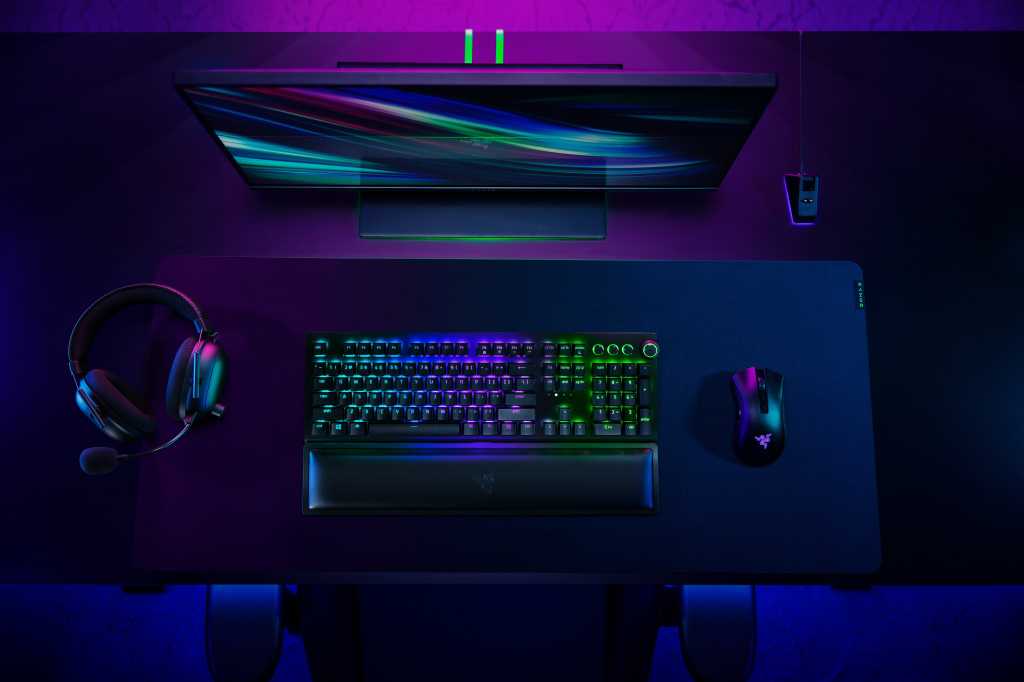 Razer said Tuesday that the company has launched wireless versions of its latest BlackWidow gaming keyboard, DeathAdder mouse, and BlackShark gaming headset, all connected by its HyperSpeed Wireless technology that offers up to 195 microseconds of latency.

Specifically, Razer launched the $180 Razer BlackShark V2 Pro, the $130 DeathAdder V2 Pro and the $230 BlackWidow V3 Pro, all of which will be available from Razer and authorized resellers starting Tuesday. Essentially, they’re all wireless versions of the existing BlackShark V2, the DeathAdder V2, and the BlackWidow V3, with some improvements under the hood.

The key to the upgrades is Razer’s HyperSpeed wireless technology, which has already been implemented inside Razer’s Baskilisk Ultimate and Viper Ultimate wireless mice lineups, and has now been extended to the other two peripherals, plus the DeathAdder. HyperSpeed uses adaptive frequency hopping to avoid interference, and it also tries to minimize the time-to-click delays via a combination of optimized data protocols and wireless bandwidth. The wireless connection is enabled through a 2.4GHz wireless dongle.

The DeathAdder V2 Pro can work in any of three modes: in Bluetooth for general office work, in HyperSpeed mode to minimize latency, or as a “wired” mouse, connected via its 6-foot charging cord. Battery life is up to 120 hours while in Bluetooth, and up to 70 hours in HyperSpeed mode. As with most mice, it’s available only in a right-handed design.

The 7-button mouse weighs 88 grams, and features Rzer’s 20,000DPI Focus+ sensor. (By default, the sensitivity can be adjusted to 400/800/1600/3200/6400 levels.) Naturally, the mouse includes support for Razer’s Chroma RGB lighting software, all controlled by the Synapse 3 software.

You can refer back to our hands-on of the BlackShark V2 for some of the finer details of the wired version, a quite comfortable 262g wired headset. Adding the battery increases the weight slightly, to 320 grams in total for the V2 Pro.  The battery life is approximately 24 hours, and you can recharge via a 4.3-foot cable.

Otherwise, the V2 and V2 Pro look basically identical, with the same THX-tuned 50mm driver—but with an extra speaker chamber—and 65 x 40-mm inner-ear cup diameter. The headset ships with Razer Synapse 3 controls, for adjusting the mic equalizer, ambient noise reduction and the like. The mic itself is what Razer calls the all-new 9.9mm Razer HyperClear Supercardioid Mic.

Razer’s first wireless keyboard offers a battery life of up to 200 hours with RGB off. It can be connected via Bluetooth, the HyperSpeed low-latency wireless technology, or its USB-C cable. Those connectivity functions are all controlled by a slide switch. There’s a general media knob for controlling volume, alongside four dedicated media keys. You won’t have to buy a wrist rest, either, as the BlackWidow V3 comes with one.

The keys themselves use Razer Yellow mechanical switches, with a new transparent switch housing for—what else?—RGB, all controlled by the Synapse 3 software. Finally, the BlackWidow V3 Pro can connect to up to three devices via Bluetooth.