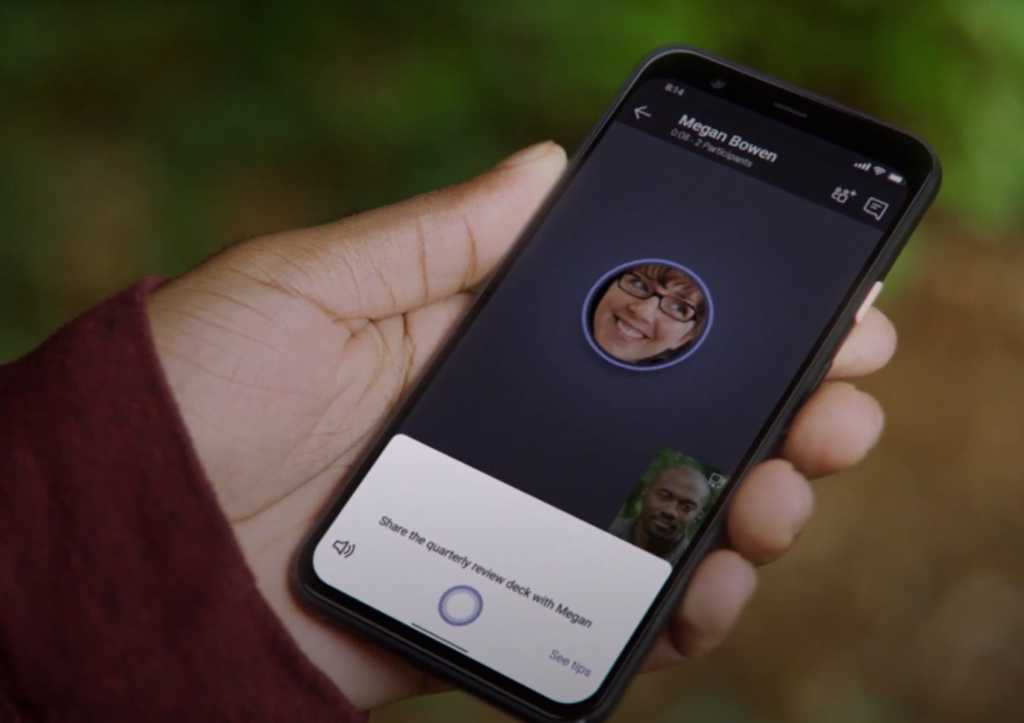 Two intriguing functions in Microsoft Outlook, Play My Emails and the Daily Briefing, are scheduled to receive updates that add new Cortana-powered AI to functions that go far beyond just email.

Microsoft’s AI assistant, Cortana, has moved from being an integral part of Windows to more of an assistive technology. Outlook has been the main beneficiary, however, new Cortana-powered intelligence is coming to Teams, and to the Cortana app within Windows 10 as well.

One of the problems with Microsoft’s parade of new features is simply keeping track of the timeline. The Daily Briefing functionality debuted in preview mode a year ago, but at the Microsoft Ignite conference it’s now becoming officially available for Microsoft 365 users with Exchange Online mailboxes. Play My Emails is already out for iOS and Android for U.S. subscribers, but it’s rolling out in Australia, Canada, the United Kingdom, and India during the coming months.

Microsoft summed up its improvements in Cortana and AI across its various apps via a lengthy explanatory video, which we’ve summed up below.

What is Outlook’s Daily Briefing?

The Daily Briefing is a personalized email that Office constructs for you, based upon what Microsoft 365 (or Office) knows about you and your day. It’s an improved, email-based version of what Windows 10’s Cortana function used to do, providing you a pop-up view of your day. It’s also entirely dependent upon your administrator, who must decide whether to enable it—and, in my employer’s case, apparently allow it through the spam filter as well. You can turn the Daily Briefing on and off via Cortana.office.com.

The Briefing email outlines your meeting schedule for the day,  and then it supplies preparatory tasks and relevant documents to help you prepare for each. If you view the Briefing in Outlook (either for the web, the desktop app, or on Android or iOS) each of these tasks will be intelligently prised from email that Outlook “reads,” looking for relevant budget spreadsheets, say, or your commitment to deliver a presentation—plus your draft of the PowerPoint in question.

Some of the reminders the Briefing highlights will be available as To-Do tasks, or possibly a Teams link. These are available now. In the coming months, Microsoft says, the Briefing email will add a weekly card to set aside time in the coming week, whether it’s for 1:1 time with manager or “me” time to take a breather. Managers will also get a complementary card with similar tasks, but from their viewpoint.

Play My Emails improving, too

Play My Emails is a mobile-first feature for a world that many don’t live in right now. It starts as an audio digest of your Outlook inbox, and after Outlook reads each email, you can take action orally: archive it, respond to the sender, and more.

Microsoft also says you’ll be now be able to play emails from a specific person, time, or topic, or just read email from your favorite people.  And if you have a car that’s set up for it—the back-end logistics aren’t quite clear—you’ll be able to navigate the experience using your car’s own buttons.

Cortana is now in (mobile) Teams

Cortana has now been added to the mobile Teams app in iOS and Android, specifically within the United States.

If you click the microphone button in the upper right of the Teams app, you can begin speaking to Cortana. The AI will help you perform the following tasks: join a meeting, facilitate a call to a contact, launch a chat, share files, give you a rundown of your files, and navigate from channel to channel. You don’t have to be too precise, as you can say “Join my next meeting” and be joined to it.

Advanced functions include things like “present the quarterly review deck” and “go to the appendix slide.” You can send a message to the attendees of your next meeting, as Microsoft’s suggestions page lists.

It seems somewhat heretical to leave the new Windows-specific Cortana features until the end, but the truth is that Cortana isn’t as powerful in Windows as she once was. For one, she’s now an app, rather than an integrated part of Windows—a new feature in the Windows 10 May 2020 Update. Cortana originally didn’t respond to a wake word (“Cortana”) at all, but she now does so via an August update for users in the United States and United Kingdom.

Some of that productivity assistance focus assigned to Cortana in Teams and Outlook is being brought to Cortana within Windows, too, though for a very specific audience:  Microsoft 365 users with Exchange Online mailboxes in English in the United States.

For example, Cortana will intelligently search documents across your local and shared drives, turning a search for “show me the recent sales presentation” into a list of the relevant documents. You’ll be able to dictate quick emails via Cortana. The Cortana app will give you a quick heads-up of an upcoming meeting, complete with a link to join it and the prepratory materials. You’ll also be able to ask work-specific queries about colleagues (“Who is Eliza Smith?”) and your schedule (“Is my afternoon free?”), which will tap Microsoft Search and Outlook, respectively.

Not all these features are technically new. The ability to compose short emails orally via Cortana was a feature that Microsoft added to Cortana within Windows 10 years ago, then eliminated when Cortana turned into an app. Adding it back feels a little anticlimactic.

Microsoft may have ceded the general assistant market to Amazon Alexa and especially Google Assistant. But it’s also fair to say that it’s shifted gears to make Cortana the best business assistant she can be.