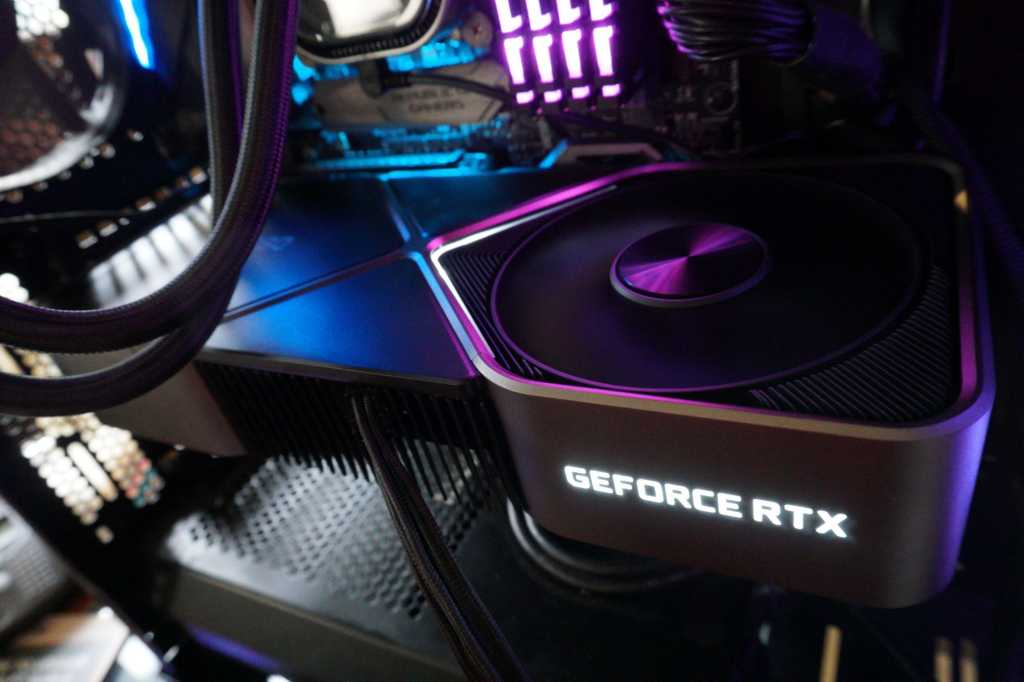 Nvidia’s GeForce RTX 3090 delivers exhilarating graphics prowess–the fastest possible gaming frame rates at extreme resolutions, and outstanding performance in professional applications. But it’s not for everyone. At $1,500, it’s either a hard pass or a no-brainer, depending on how you plan to use it.

You can read every nitty-gritty detail in our comprehensive review of Nvidia’s GeForce RTX 3090 Founders Edition. But if you don’t feel like sifting through thousands of words of technical and testing details, here are the five key things you need to know.

1. Most gamers shouldn’t buy it

Yes, the GeForce RTX 3090 offers the “ultimate gaming experience” that Nvidia promised. Most gamers shouldn’t buy it, though.

Gamers: Buy this instead

The GeForce RTX 3080 is an outstanding 4K and 1440p graphics card in its own right, toppling its RTX 2080 predecessor by up to 80 percent in games, and the former $1,200 RTX 2080 Ti flagship by about 30 percent. It smokes. If you’re a pure gamer with deep pockets and a thirst for the best possible performance, cost be damned, then sure—buy an RTX 3090 if you want. Most gamers shouldn’t, though.

Nvidia claims the GeForce RTX 3090 is the world’s first graphics card capable of 8K gaming. That’s only kind of true.

Yes, you can definitely hit the hallowed 60 frames per second barrier at 8K resolution in some games, if you don’t mind bumping graphics settings down from Ultra to High. But you can only do so in less-strenuous games—mostly esports-class titles like Destiny 2, Grand Theft Auto V, Rocket League, and Rainbow Six Siege.

You can also hit 60 fps in games that support Nvidia’s Deep Learning Super Sampling (DLSS) 2.1 technology. DLSS adds an “ultra performance mode” that runs the game at 2560×1440 on your graphics card’s shaders, then uses its AI tensor cores to intelligently upscale the image 9X, to 8K. DLSS works fantastically, but it’s available in only a handful of games, including Death Stranding, Wolfenstein: Youngblood, and Control. Those work just fine, too.

Most of the triple-A games in our testing suite, however, struggle to hit 30 fps at 8K resolution, much less clear 60 fps. If you’re the kind of gamer that likes to pick up hot new games when they’re released, 8K will probably be a pipe dream more often than not, even with the RTX 3090. Is it the world’s first 8K gaming GPU? Sure. Sometimes. But nowhere near universally. Temper your expectations.

HDMI 2.1 and AV1 decoding support are nice extra features for people with 8K displays, but they’re also available with the cheaper RTX 3080.

3. A steal for professionals

Who should buy this card? Prosumers. If you can put the RTX 3090 to work and take the outstanding gaming performance as a compelling cherry on top, it’s an absolute monster—and a killer value.

No, seriously. Last generation, the RTX Titan cost $2,500 for slightly more performance than the $1,200 GeForce RTX 2080 Ti, but with a massive 24GB of memory capacity. The new GeForce RTX 3090 blows away the RTX Titan in raw performance and comes with 24GB of (even faster) GDDR6X memory. But it costs a whopping $1,000 less than the Titan did. We put the card through its paces in a variety of rendering workloads that use OpenCL, CUDA, and Nvidia’s RTX-accelerated OptiX API alike in our main review, as professional performance tends to be highly workload-dependent, unlike games. (Spoiler: Nvidia’s CUDA and OptiX live up to the hype.)

If your professional workloads need a lot of GPU power and your tasks demand more memory than typical consumer graphics cards offer—editing 8K media, say—then the GeForce RTX 3090 is an outstanding purchase. Other nice productivity perks include an NVLink connection missing on other RTX 30-series GPUs, upgraded RT cores that speed up the process of rendering motion blur in ray traced scenes, and faster AI tensor cores that can now be used to help accelerate viewport and final render performance in select applications.

The raw performance of the beastly GA102 “Ampere” GPU and that 24GB VRAM buffer are the key draws, though, followed by NVLink support. You already know if you need it. Just be aware that the RTX 3090 doesn’t offer access to the professionally optimized drivers created for Quadro GPUs, though dedicated Nvidia Studio drivers revolve around creative applications.

That level of power doesn’t come from nowhere. The GeForce RTX 3090 demands much more energy than the RTX Titan. The last-gen Titan had a thermal design power of 280 watts, and Nvidia recommended pairing it with a 650W power supply. The total board power of the RX 3090 is 350W, and you’ll want at least a 750W power supply to run it. Upgrading your PSU is very worthwhile if you need the RTX 3090’s fearsome performance, though.

Taming that power takes heavy metal too, it seems. While the RTX 3080 Founders Edition stuck to a standard 2-slot design, the GeForce RTX 3090 Founders Edition expands to take up three full slots. It’s an inch longer too. Most of the custom cards we’ve seen are just as gargantuan. You can only squeeze two into a standard midtower PC case.

If you’re a prosumer who wants to cram several GeForce RTX 3090 cards into your system, it could take a specialized motherboard and case, liquid-cooling, or both to make it work, depending on your setup. Options are definitely available if you need them. It’s worth noting that we’ve spotted a Gigabyte RTX 3090 with a standard 2-slot, blower-style cooler design that fully exhausts heat from your case. That could make it compelling for stuffing three or four RTX 3090s into a typical PC case, but it remains to be seen how restricting the cooling solution so much potentially affects performance.

That said, unless you’ve got specialized setup needs, you might want a third-party custom version of the RTX 3090. The larger 3-slot Founders Edition cooler delivers spectacular results. It maxes out at an impressively chill 68 degrees Celsius under full extended load. That’s a whopping 11 degrees cooler than the RTX 3080 Founders Edition, and on a par with the best custom air coolers we’ve ever seen—and its rivals were plopped atop much less potent GPUs.

Better yet, you’ll never hear it make a noise. Some graphics cards are loud. Some are whisper-quiet. The Nvidia GeForce RTX 3090 Founders Edition is utterly silent. It’s a black hole for sound.

Nvidia’s full-fat Founders Edition cooler is so exceptional, it’s hard to envision custom solutions by third-party companies outperforming it in thermals and acoustics without some serious effort, unlike with the RTX 3080. We’re testing a custom RTX 3090 sporting a typical gamer-centric 3-slot cooler, and it’s not as impressive. Between the killer design and its adherence to Nvidia’s $1,499 MSRP, the Founders Edition just might wind up being the RTX 3090 to get—if stocks hold up, that is.

That’s all you need to know for a high-level overview of Nvidia’s GeForce RTX 3090. Succinctly put: Pure gamers should probably look at the GeForce RTX 3080, but the 3090 is a killer value for prosumers with massive memory needs. If you’re still itching for more info, be sure to check out our comprehensive review of Nvidia’s GeForce RTX 3090 Founders Edition, where we dig into deep detail on every aspect we breezed through above—and more. We’ve tested the card with our usual array of gaming benchmarks, poked and prodded the 8K gaming claims, and benchmarked an array of content creation workloads.

We’ve also published plenty of other information about Nvidia’s RTX 30-series GPUs. Hit any of the links below to check them out: