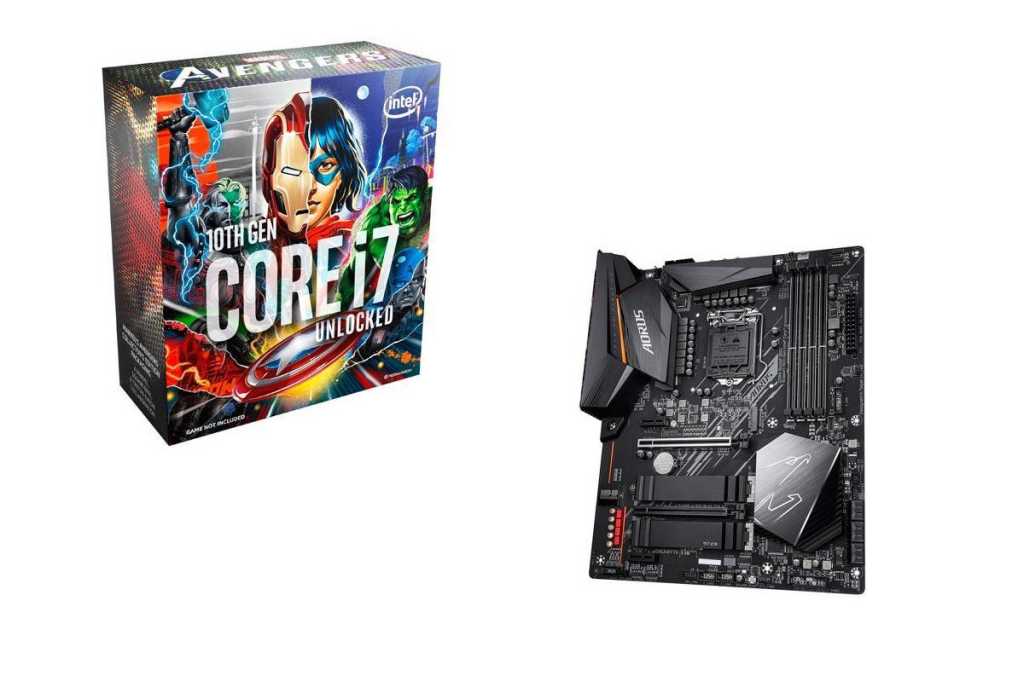 CD Projekt Red recently released the minimum and recommended specs for Cyberpunk 2077. They’re pretty modest, but if you’re still getting by on that Ivy or Sandy Bridge CPU and really want to crank up the eye candy, then now is the time to upgrade. Newegg has a solid deal on an Intel Core i7-10700K and a Gigabyte Aorus Elite Z490 motherboard for $490Remove non-product link. That’s about $100 cheaper than what you’d pay for the same gear elsewhere.

The Core i7-10700K is a Comet Lake-S CPU with eight cores and sixteen threads. It has a base clock of 3.8GHz and a boost all the way up to 5.10GHz. We mentioned the 10700K in our best gaming CPUs for 2020 as a bargain for an optimal gaming experience without going overboard on the core count—it doesn’t leave much on the table compared to the significantly more expensive 10-core Core i9-10900K. The 10700K will be more than enough to tear up the streets of Night City. This is the KA variant of the 10700K, meaning it comes with a snazzy Marvel-themed box and a “commemorative card” in the box. You can also overclock it in a compatible Z490 motherboard.

This is an all around great deal, and timed perfectly to help you get ready for the most anticipated game of the year.