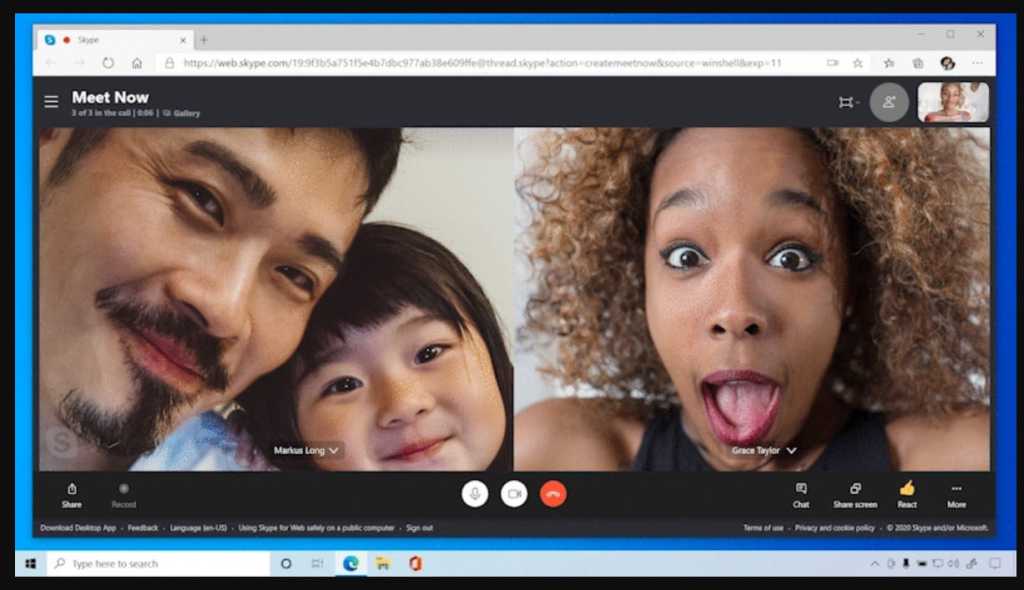 Skype Meet Now was Microsoft’s reaction to Zoom just as the pandemic was taking hold: a quick invitation to a video call, no app needed. Now Microsoft is making Skype Meet Now even simpler, by adding it to Windows 10’s taskbar.

Well, sort of. Meet Now is the flagship feature of Windows 10 Insider build 20221, part of the Dev Channel of Microsoft’s Insider builds. This means it’s part of Microsoft’s code base that may never see the light of day, or may emerge in a future build. In any event. Microsoft is rolling the new feature to just a subset of the Dev Channel for now, paring down its audience further.

To launch Skype Meet Now within Windows 10, you click the little camera icon that’s been added to the Taskbar. You’ll need to find the appropriate contact and extend and invitation, but Skype Meet Now is free, and there’s no limit to how much you can talk.

Skype Meet Now will then launch the Skype web app if you don’t already have it installed. You can invite up to 50 participants. Because the meeting link doesn’t expire, you can reuse it, according to Microsoft. Calls can be optionally recorded and stored up to 30 days, Microsoft says. Shared media will be held “even longer,” according to the company.

Microsoft used the new Windows 10 release to fix a number of bugs, but it added another new feature, this time to the Your Phone app. Within Your Phone, you’ll now be able to pin notifications to the the top of the Notifications column, giving a Windows-like feel to the list of notifications your Android phone provides.