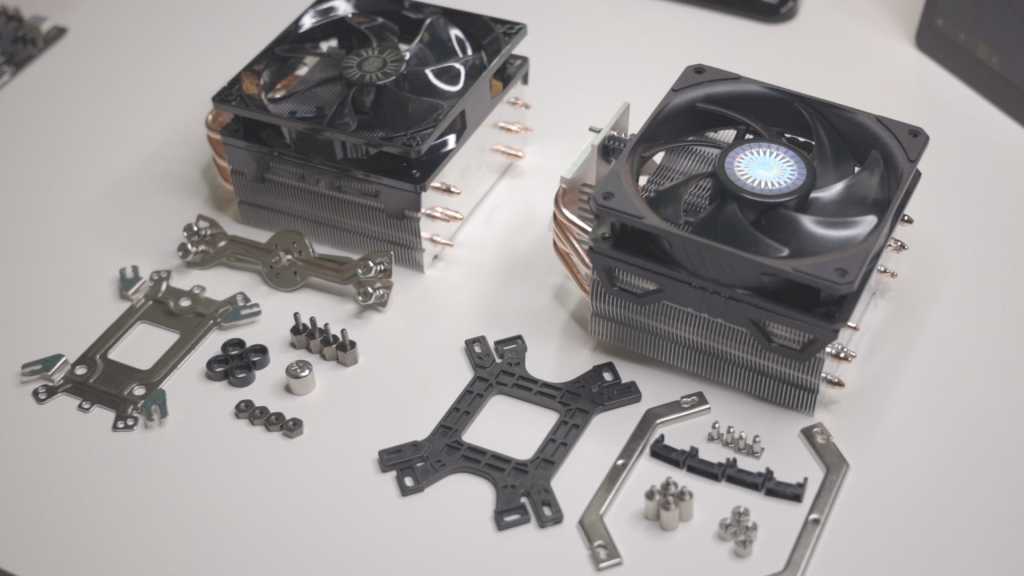 After months of waiting, version two of the Hyper 212 Evo will finally hit the streets in just a few weeks. With it comes all of Cooler Master’s promised design improvements to its ever-popular budget CPU cooler.

These updates have been a very long time coming. Despite nearly a decade of feedback from users, Cooler Master left the Hyper 212 Evo relatively untouched since its launch in 2011, instead releasing variants of the vanilla Hyper 212 that adressed installation headaches.The fiddliness of the popular Evo lingered on until this year’s CES, where Cooler Master showed off the revamped version.

Now, as you’ll see in our video below, you no longer have to deal with the Evo V1’s maddening X-shaped bracket. Nor will you need to meticulously calculate the height of your RAM. New installation brackets make mounting the cooler onto the motherboard a breeze, and an equally new asymmetrical design offsets the heatsink, allowing the included fan to sit clear of the RAM slots. With the Hyper 212 Evo V1, installation could take a newbie as much as 30 minutes—with the Evo V2, we finished in less than 10 minutes. Our video includes a full walkthrough of the installation process, so you can see how simple it is for yourself.

On the whole, the new Evo provides a much better user experience—almost a night-and-day difference compared to the original. In fairness to Cooler Master, the Evo V1 was not fussier to install than its contemporaries at the time, but vendors have come a long way in simplifying the process of PC building. These improvements address that yawning gap between 2011’s build sensibilities and today’s streamlined processes, the latter of which is far friendlier toward newbies.

You will pay a little bit more for the simplicity—the Hyper 212 Evo V2 comes with a small price bump over its predecessor. The official MSRP will be $40 when the Evo V2 launches on October 15, just a few bucks more than V1’s $37. However, this product may be one of the few where that extra cash is well worth the time (and aggravation) saved.