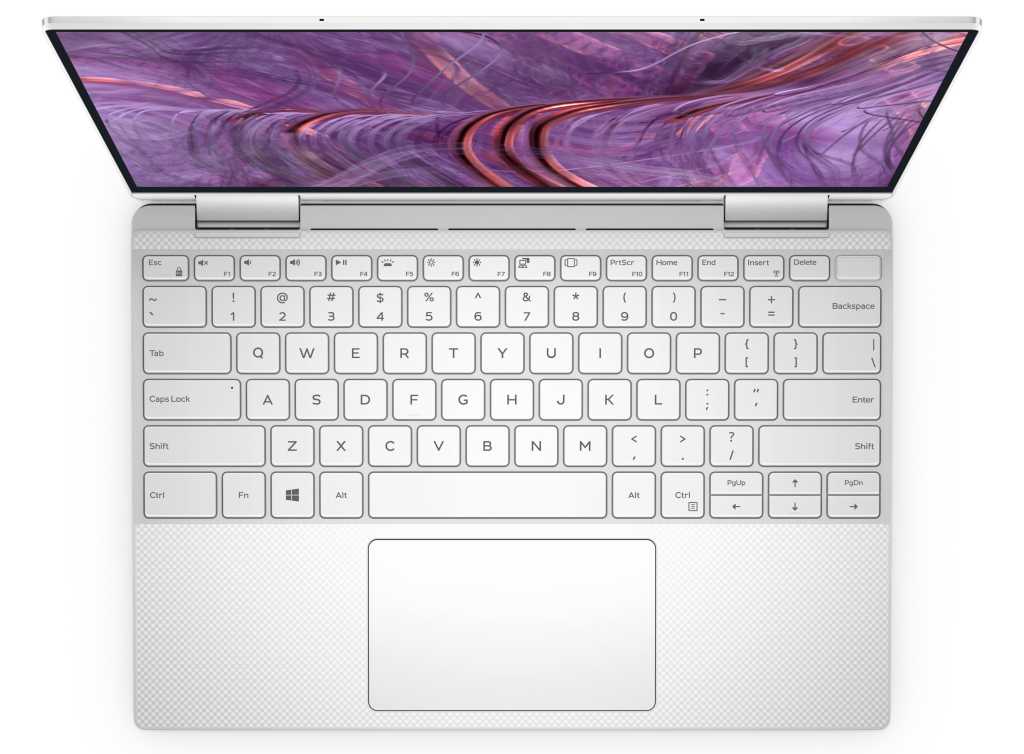 For ports, the XPS offers two Thunderbolt 4, microSD and analog combo audio jack. You also get an IR-based Windows Hello biometric camera, along with a fingerprint reader in the power button.

For RAM, Dell will offer configurations from 8GB to 32GB of LPDDR4X/4267. This is a nice step up from the XPS 13 9300’s LPDDR4X/3733 RAM. All configurations are dual-channel for increased memory bandwidth, which helps graphics performance.

Storage options rang from 256GB to 2TB of PCIe SSD. Interestingly, Dell opts to use PCIe Gen 3 SSDs rather than take advantage of Tiger Lake’s use of PCIe Gen 4 support. The SSD in the XPS 13 9310, at least, is a standard M.2 drive.

The XPS 13 2-in-1 has long been a showcase laptop for Dell. With this Tiger Lake upgrade, Dell also keeps the outside mostly the same, and offers two of the same display options—perhaps obviously, skipping the non-touch display.

Cooling on the XPS 13 2-in-1 continues to an advanced copper vapor chamber design, which also helps Dell slim down the laptop.

Like the XPS 13 9310, the XPS 13 2-in-1 931’s memory ranges from 8GB to 32GB LPDDR4X/4267 in dual-channel mode. Unlike the clamshell XPS 13 though, Dell’s 2-in-1 stick to a permanently soldered-in-place SSD (with capacities from 256GB to 1TB). That will annoy users who envision eventually replacing the SSD. Because Dell aims to make the XPS 13 2-in-1 as small as possible, however. the soldered SSD stays.

The XPS 13s are just two of the small army of laptops we expect to debut soon with Intel’s new Tiger Lake CPUs. From higher clock speeds to better graphics and more, there is much to look forward to in the upcoming generation.