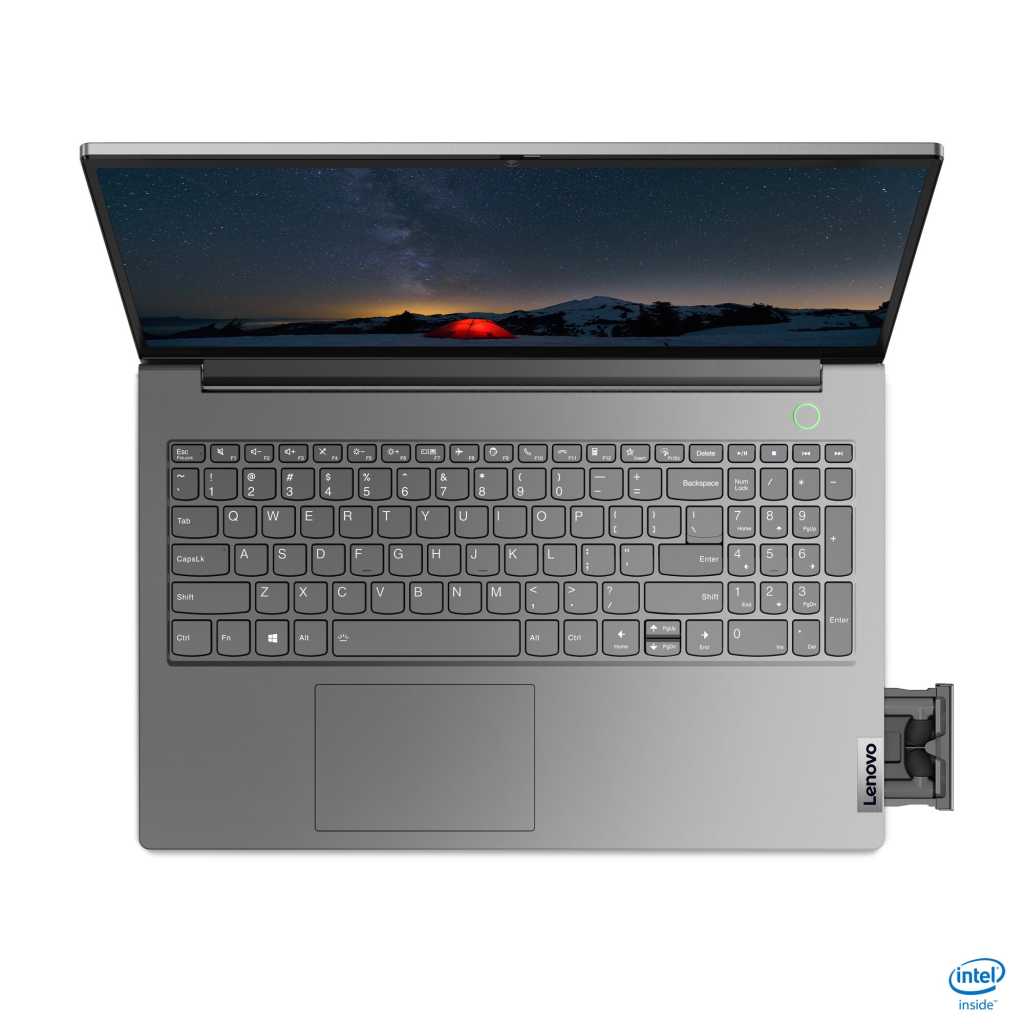 ThinkBook may be Lenovo’s lower-cost option for small and medium-sized businesses, but the line is nevertheless keeping right in step with the times by offering the latest Intel Tiger Lake and AMD Ryzen 4000 CPUs. Announced Tuesday, all models are due to ship over October and November, with prices ranging from $549 to $939. For this story we’re focusing on the ThinkBook 15 Gen 2 i, which offers a unique and handy new feature.

Buy Lenovo’s ThinkBook 15 Gen 2 i and you’ll probably never lose your Bluetooth headset again. Lenovo has cleverly created an optional drawer in the 15-inch laptop that lets you store and charge wireless earbuds. Not any earbuds—just Lenovo’s own, which you have to buy—but it’s still a nifty idea.

The laptop uses older, more power-hungry DDR4 memory rather than the newer, more efficient LPDDR4X memory. On the brighter side, it offers a high, if strange, maximum capacity of 40GB of RAM.

Lenovo offers plentiful storage options for the ThinkBook 15 Gen 2 i. You may choose  up to a 1TB SSD in the new PCIe Gen 4 interface, or up to 1TB of M.2 storage in Gen 3 speed. Lenovo also offers both 1TB 7,200rpm and 1TB 5,400rpm hard drives. The laptop will also take dual PCIe SSDs or a combination of SSD and hard drive.

If you’re wondering how Lenovo jammed all these hardware options inside, it’s likely at the cost of battery capacity. The company specs out a larger 60-watt-hour battery or a 45-watt-hour battery. The latter is probably what you get if you choose a hard drive option. Because its screen option maxes out at Full HD (1920×1080), however, battery life should be reasonable. Lenovo claims 6 hours on the smaller battery and 8 hours on the larger tank.

Elsewhere in the ThinkBook 15, you get a single Thunderbolt 4 port, a USB-C port, two USB-A, HDMI, SD card reader, Gigabit ethernet and analog headset jack. The laptop “starts” at 3.75 pounds, which is probably the weight with integrated graphics and without a hard drive option.

Your choice of Intel or AMD

The choices keep coming: If you’re over Intel, you could choose an AMD Ryzen 4000 CPUs for the ThinkBook 15 Gen 2. We don’t have any specs on those models yet, but we can bet you won’t get Intel’s Thunderbolt 4 on it.

Lenovo will offer a performance version of it the the laptop dubbed the ThinkBook 15p. The ThinkBook 15p will offer up to a GeForce GTX 1650 Ti along with an X-RFite Pantone-certified display for those who need dead-accurate color.

If the ThinkBook 15 is too big, Lenovo announced the 13-inch ThinkBook 13s, and the 14-inch ThinkBook 14. Those smaller laptops will also offer a choice of Intel’s 11th-gen Tiger Lake CPU with Iris Xe or AMD’s Ryzen 4000 with Radeon graphics.