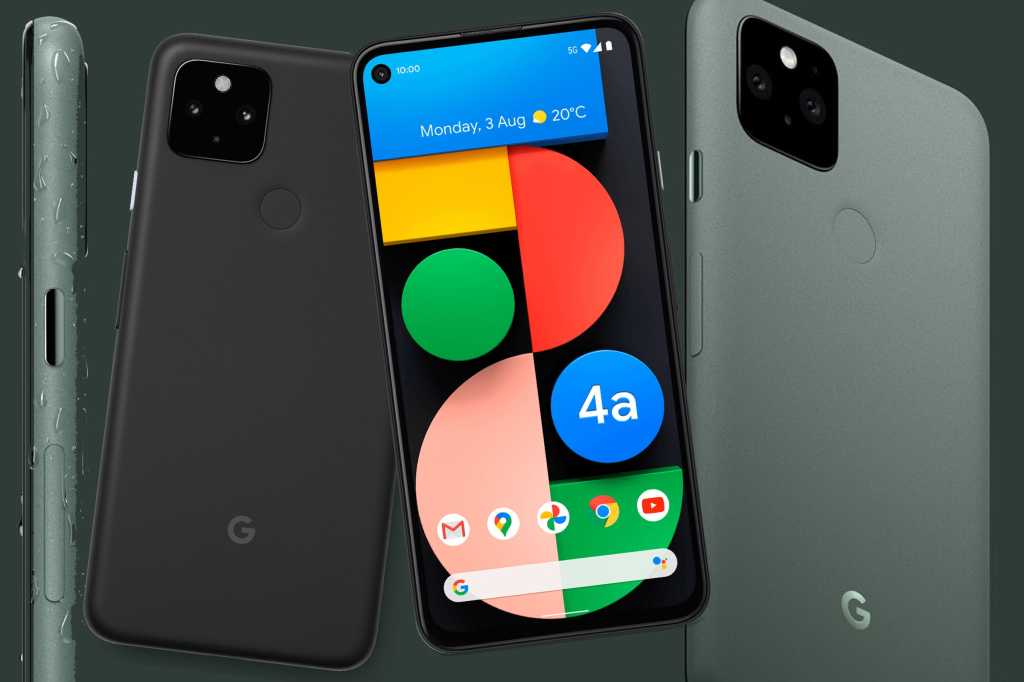 The Pixel 5 arrived Wednesday at Google’s Launch Night In event, actually a few weeks earlier than expected in a year when the pandemic is delaying smartphone launches left and right. But the September launch isn’t the only thing that’s different. With the Pixel 5, Google is redefining what it means to be a flagship phone. This latest iteration isn’t the most premium and definitely not the most expensive. But it is the most Google-y, and perhaps that’s exactly what Google intended.

A flagship that’s not premium

The Pixel 5 goes against the ‘flagship phone’ trend in some fundamental ways. It’s cheaper than the Pixel 4. It’s even missing some of the next-gen features that made the Pixel 4 interesting.

It has the same Snapdragon 765G processor that’s in the LG Velvet and OnePlus Nord—not to mention, the Pixel 4a 5G, which was also announced during the Launch Night In event. It still has only two cameras. And its display is smaller and less dense than those from most of its competitors.

SImply looking at the specs, too, you’re getting a decidedly mid-range phone:

With a single hole-punch camera in the display, you’re also not getting the gesture-control Motion Sense radar that Google launched with the Pixel 4. It was admittedly hit-or-miss and kind of gimmicky, but its other use, 3D face unlock and authentication, wasn’t. The Pixel 4 is one of the few Android phones that uses the more-secure 3D face unlock for security rather than a fingerprint sensor, and it works very well. Even third-party app support, which was extremely spotty when it launched, has gotten better.

But rather than expand the best part of the Pixel 4, Google has completely dumped it. The Pixel 5 marks a return to the rather antiquated rear fingerprint sensor, giving it a decidedly budget feel. Gone, too, is the luscious frosted-glass back, though I’m not mad at the aluminum enclosure. It looks good and it won’t shatter when dropped.

Of course, the Pixel 5 has some other things going for it.

It definitely looks the premium part, for starters. Where previous Pixel phones have always been heavy on the bezels and distractingly asymmetrical, the Pixel 5 is perfectly uniform all around. By using a flexible OLED display like the iPhone’s, Google is able to tuck the bottom edge under itself to get rid of the 2 or 3 millimeters of bezel that usually stick up from the bottom. It makes the Pixel 5 look much better than the Pixel 4 or even the Pixel 4a, which I loved.

The Pixel 5 is guaranteed to support Android 14 in 2023. It has IP68 water resistance. It retains the Pixel 4’s 90Hz Smooth Display and wireless charging, and it’s added reverse wireless charging. That means you can use it to charge another Qi-enabled phone or wireless earbuds. Samsung has had this feature for a couple of generations, and while it’s pretty gimmicky, it can occasionally come in handy.

The Pixel 5 also dumps the telephoto lens for an ultra-wide one. That might be a direct contradiction of Professor Mark Levoy from Google Research, who said during the Pixel 4 launch event, “While wide-angle can be fun, we think telephoto is more important.”

The new lens will be exponentially more useful, though. The Pixel’s AI engine and image signal processor are already doing impressive things to enhance optical zoom, but even Google can’t add more of a scene that the lens can’t see. An ultra-wide lens opens up the Pixel 5 to an array of future “Pixel feature drop” enhancements, and it puts the Pixel 5 on an even footing with the Galaxies and iPhones of the world.

Taken in all, you’re not getting the same level of premium as before, but you are getting the same level of Google. As we saw with Android 11, Google is committed to bringing Android features to the Pixel before any other phone, and the Pixel 5 already has a few onboard. A new Extreme Battery Saver mode can help your phone last “up to 48 hours” by turning off features you don’t need. Hold For Me taps Google Assistant to listen to annoying hold music for you and alert you when someone has picked up. Personal Safety can detect if you’ve been in a car crash an automatically call 911.

Which brings us to the Pixel 5’s biggest change: the price. Where the Pixel 3 and 4 started at $799 with 64GB of storage and went up from there, the Pixel 5 is $699 for 128GB of storage, essentially $200 less than the Pixel 4. As more companies move to make phones that blur the line between mid-range and premium, the Pixel 5’s price drop is definitely welcome.

The Pixel 5 is available for preorder now and will begin shipping later in October.