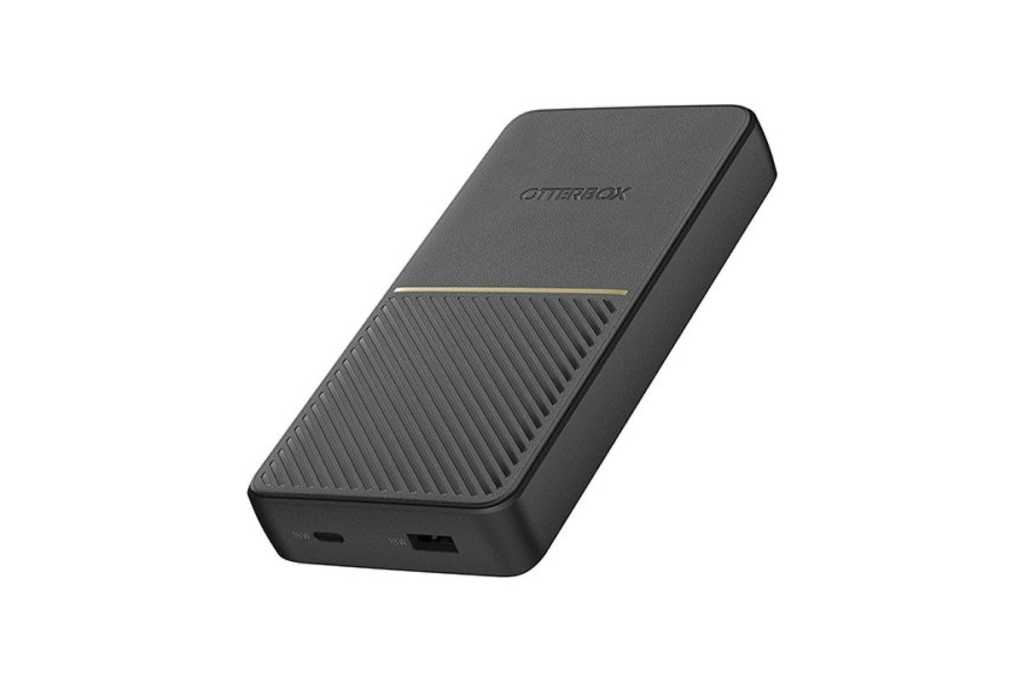 Otterbox proves it does more than just rugged cases with this handsome battery pack. It has top-notch efficiency, and is an easy recommendation for on-the-go power.

You probably know Otterbox as the maker of rugged cases for phones and tablets. But the company also has a line of power accessories, ranging from wireless chargers to wall adapters to power banks such as the Otterbox Fast Charge 20.000mAh.

For the last month or so I’ve been using and testing the Otterbox Fast Charge. The portable battery pack comes in 10K, 15K, or 20K mAh options. I’ve been testing the biggest of the three, which retails for $54.99.

The overall design of the battery pack, and for that matter, the company’s accessory lineup, feels very much like an Otterbox product. Sleek yet rugged, the Otterbox Fast Charge is clad in faux-leather on top and bottom, with a textured area that aids grip.

On the right side is a power button and four indicator lights, each one representing 25 percent of the battery’s 20,000mAh capacity. On the front is a USB-C port with Power Delivery that’s used to charge the pack itself, and charge your devices. You can charge the pack at up to 18W, the same amount of power it can put out. The other port is a USB Type-A port, which also supports an output of up to 18W. You don’t have to turn on the pack to start charging a device—it starts charging as soon as it detects that something is plugged in. However, passthrough charging is not possible.

Using the AVHzY USB Power Meter, I was able to verify that both ports support Apple 2.4a, Quick Charge 3.0, Samsung 9V, and Huawei 9V charging standards.

The same tool measured the time it took to charge the Fast Charge pack using the USB-C port at 9V/2A, its maximum accepted charging rate. The result: four hours and 12 minutes.

A battery pack’s efficiency is determined by how much of the battery’s total capacity is actually used when charging devices. With the Fast Charge 20K that was 92.55 percent of its overall capacity. That makes this power bank second-best among all the USB-C battery packs we’ve tested, beating out our current top-pick, the Mophie Powerstation XXL. If it wasn’t for the XXL’s extra ports, the Fast Charge would likely be our new favorite. Yes, it’s that good.