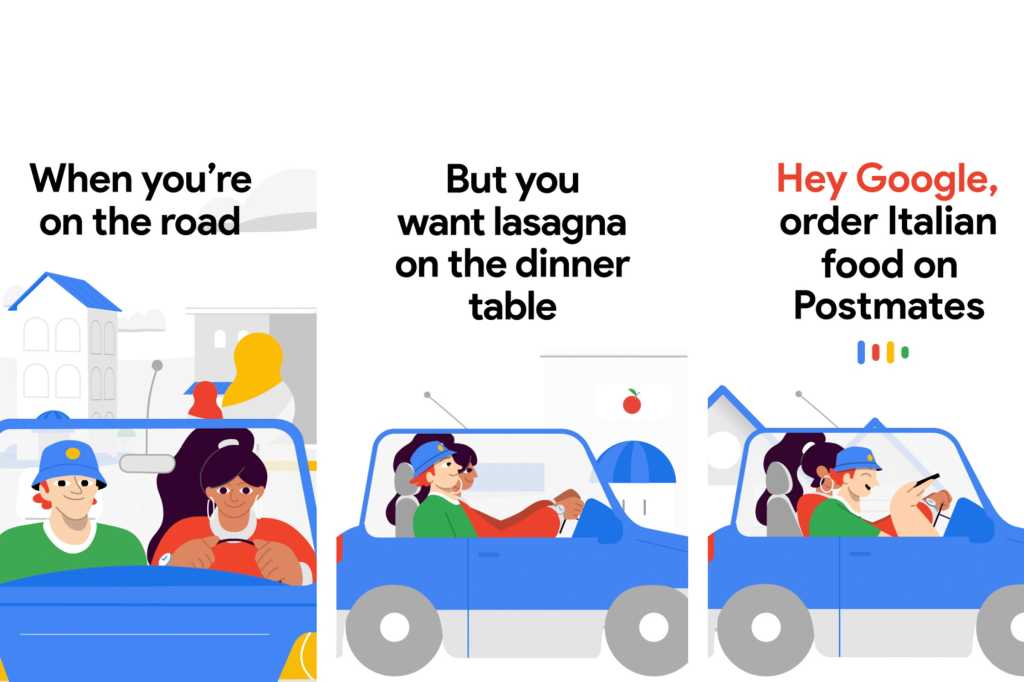 Google Assistant can do a lot of things on our phones, but it’s not so great at interacting with our Android apps. Sure you can ask Spotify to play a song or send a text with Telegram, but for the most part, apps and Assistant are mutually exclusive.

That’s no longer the case. As part of its Google Assistant Developer Day Thursday, Google has announced that a handful of “your favorite Android apps” have begun working with Assistant voice commands, including Discord, Etsy, MyFitnessPal, Mint, Nike Adapt, Postmates, Snapchat, Spotify, Twitter, and Walmart. As long as the corresponding app is set up on your phone, all you need to do is summon Assistant and ask to do something within an app, like ordering pizza on Postmates or checking an order status on Walmart.

Google is calling the new feature App Actions, and they’re similar to Alexa Actions. As Google describes, developers can create “natural and engaging experiences for users by mapping their users’ intents to specific functionality within their apps.” You’ll be able to launch and search within apps, trigger app-specific commands, and create shortcuts for commonly used phrases. So instead of specifically asking Google Assistant to retrieve the news on Twitter, you can change it to respond to, “Hey Google, what’s going on today?” Google says developers should be able to get their apps working with Google Assistant in less than a day and expects more developers to get on board in “the coming weeks.”

Assistant will also begin suggesting relevant Apps Actions even when the user doesn’t ask for the app by name. So if you ask Assistant about Taylor Swift, for example, your phone will “highlight a suggestion chip that will guide the user to open up the search result in Twitter.”