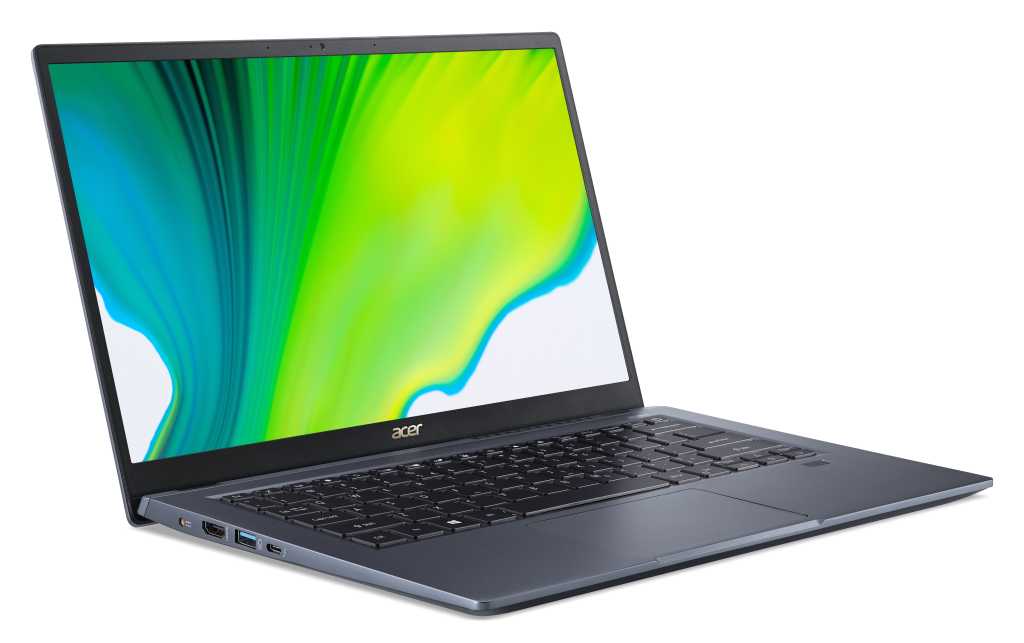 What was known previously as the Intel Xe HPG discrete graphics chip for laptops appears to be officially branded as the Iris Xe Max, and will appear in Acer’s latest Swift 3x laptop. Intel, though, is remaining quiet on the matter.

Acer’s new Swift 3x (SF314-510G), announced Wednesday, lists the laptop’s graphics capabilities as the “Iris Xe Max,” the brand that PCWorld discovered in an Intel sizzle reel in September. The Verge was granted some hands-on time with the new device (but not permission to run any graphics benchmarks) and confirmed that the Iris Xe Max is indeed Intel’s new discrete GPU. It will be paired with Intel’s new Tiger Lake CPUs, specifically the Core i7-1165G7 and Core i5-1135G7 chips.

Unfortunately we don’t know the Swift 3x’s price, or its ship date. Intel also declined to confirm whether the Iris Xe Max is a discrete GPU.

Intel representatives, who had previously promised more details on the Iris Xe Max, did not immediately respond to requests for comment. In August, however, Intel confirmed its first discrete GPU for gamers, referred to then as the Xe HPG, which company executives said would support hardware ray-tracing as well as a new memory controller.

Otherwise, Acer’s Swift 3x looks like a standard Swift 3, a laptop that has traditionally boasted a solid keyboard, a good display, and excellent battery life. Because the Swift 3x uses only a 1080p display, we might be able to expect even better battery performance, up to 17.5 hours, Acer says. Fast-charging for just 30 minutes will power the Swift 3x for up to four hours of use.

The Iris Xe Max is the most innovative news about the Swift 3x, and we’ll be interested to see what it will deliver: performance on a par with Nvidia’s low-end GeForce MX-series chips? Or something better?

Updated at 3:41 PM to note that Intel is not confirming whether the Iris Xe Max is a discrete GPU.