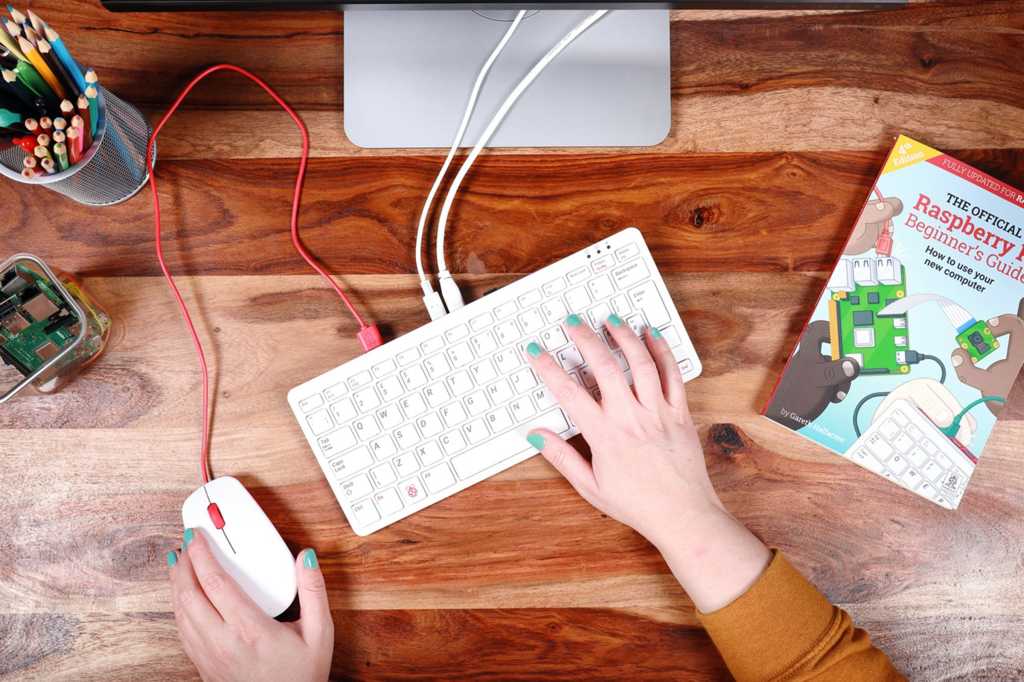 When you hear Raspberry Pi, you probably think of someone sitting in their bedroom with screwdrivers and pliers and a whole bunch of PC-building know-how. The newly announced Raspberry Pi 400 smashes that notion into a million transistors.

The Raspberry Pi 400 looks a lot like the $20 Raspberry Pi Keyboard that launched last year, with a white design and red accents, but it’s actually a full PC, complete with a quad-core 64-bit processor, 4GB of RAM, wireless networking, dual-display output, and 4K video playback. What all that means to you is that you only need to bring a mouse, power supply, and SD card with Raspberry Pi OS to get up and running, which Raspberry Pi sells as a complete package for $100. You can also buy a standalone Raspberry Pi 400 keyboard for $70.

For enthusiasts, the Raspberry Pi 400 also has “specially designed thermals to keep your computer cool and silent” as well as an accessible 40-pin GPIO 9 general-purpose input/output header to connect components. The Raspberry Pi 400 is available in Spanish, French, German, and Italian, with more languages to follow, including Norwegian, Swedish, Danish, Portuguese, and Japanese, according to The Verge.

During a time when more people are working and learning from home, the timing of the Raspberry Pi 400 couldn’t be better. It’s more accessible than any Raspberry Pi ever sold, and at $100 for everything you need to get started, it’s cheaper than most desktop PCs, as well as extremely portable and versatile. It could be a fantastic option for budget-strapped schools and parents, while also still appealing to DIYers who want something that needs a little less of the do-it part.