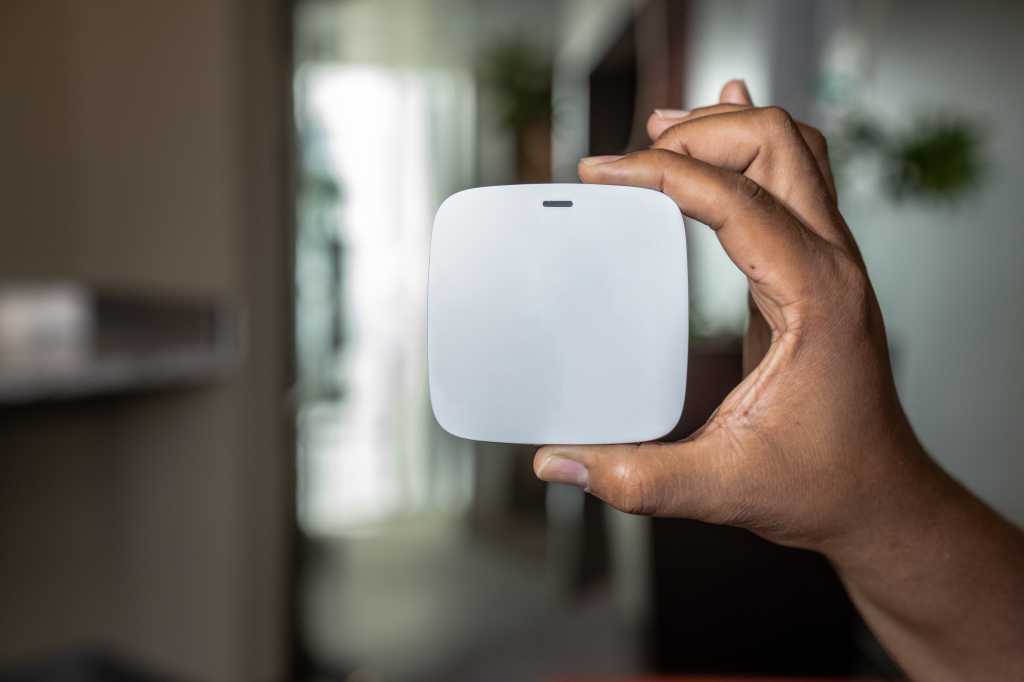 Qualcomm said Tuesday that it will launch a series of four mesh WiFi 6 and WiFi 6E chipsets in time for new products to ship in early 2021. While Qualcomm showed a prototype of the new mesh nodes that are smaller than a smartphone, executives said that they expect users will need more mesh nodes than they did for prior generations.

Here’s a quick summary of the new chipsets, all of which will support 160MHz channels in the 5GHz band:

The latter two are the most significant. In addition to the standard 2.4GHz and 5GHz frequencies, the tri-band 316 and 318 provide a dedicated 6GHz backchannel for the routers to communicate to your home’s gateway without interference. That’s a function of Wi-Fi 6E, which uses the 6GHz frequency spectrum that was freed up last year and has been included in chips from Broadcom and others earlier in 2020.

The 6GHz backhaul matters because it creates a dedicated express lane for a device to communicate directly back to the gateway, A mesh network communicates data wirelessly between your home gateway or router and various devices throughout the home. Legacy Wi-Fi devices use the 2.4GHz band; more modern ones use the 5GHz frequency. Older chipsets—even Qualcomm’s 216 and 218 chipsets, launched today — use the 5GHz frequency band to communicate with high-bandwidth devices like smartphones, game consoles and streaming devices, then use the same channel to send that data back and forth to the home gateway. All the back-and-forth creates interference and lowers throughput. The 6GHz backchannel theoretically improves overall throughput.

Now that Qualcomm has added WiFi 6E to its portfolio, the company is selling the benefits of the new technology—and explaining why a mere 5GHz mesh isn’t as efficient.

“To better understand this, we take a single high-bandwidth application,” Nick Kucharewski, vice president and general manager of wireless infrastructure and networking, said in a prerecorded video. “As it is placed further and further away from the [5GHz] mesh, the speed in which it’s transferring data becomes slower, which means it’s occupying the radio waves and airspace for a longer period of time. This means that there’s less available time on the network for all of the other devices on the network. As a result, this high-bandwidth device placed further away from the mesh not only experiences lower performance itself, but it can have an impact of bringing down the performance of other devices on the network.”

One of the ways in which Qualcomm plans to get around this is what it calls “densification”—in effect, placing more routers inside your home. While Qualcomm’s Kucharewski argued that it puts more high-bandwidth routers closer to high-bandwidth devices, it also allows the interference-sensitive 6GHz backhaul to operate more smoothly. The smaller mesh nodes, however, can be placed unobtrusively around your home, he said, including directly into AC outlets.

We don’t yet know what the total cost of the mesh solution will be, and how this new generation of devices will compare to the current generation, which tends to use one mesh node placed close to the gateway, and another somewhere else around the home. For that, we’ll apparently have to wait for 2021.