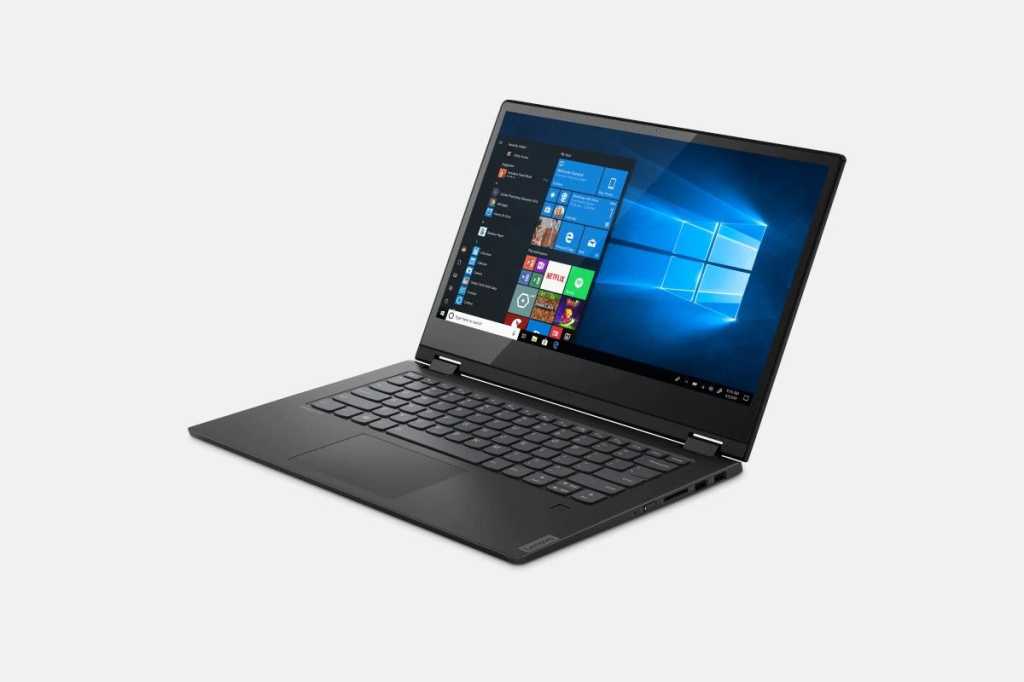 We found a flat-out excellent deal on a convertible laptop today. The Microsoft Store is selling the latest version of the 14-inch Lenovo Flex with an Intel Core i5 processor for $550Remove non-product link. That’s a whopping $220 off the MSRP.

We haven’t reviewed this particular model of the Flex 14, but we did look at an earlier version in late 2019 and found it to be a very good value. This version features 256GB of onboard storage, 8GB of RAM, a 14-inch 1080p display, and the quad core, eight thread Intel Core i5-10210U processor, with a base clock of 1.6GHz and a boost of 4.2GHz.

Beyond that, it’s rocking two USB 3.1 ports, one HDMI, a 4-in-1 SD card reader, and one headphone/microphone jack, as well as 802.11ac Wi-Fi. Lenovo’s convertible also has a 720p webcam with a privacy shutter.

As this is a convertible laptop you can use it as a standard clamshell, or flip the screen over to use it as a tablet. Lenovo says the Flex 14 offers about 10.5 hours of battery life, but in our review of the earlier model the battery life was one of the weaker points.

Still, this Lenovo Flex 14 is a fantastic value at just $550, and it’s all wrapped up in a package that weights less than four pounds.

[Today’s deal: Lenovo Flex 14 with an Intel Core i5 for $550 at the Microsoft Store.Remove non-product link]