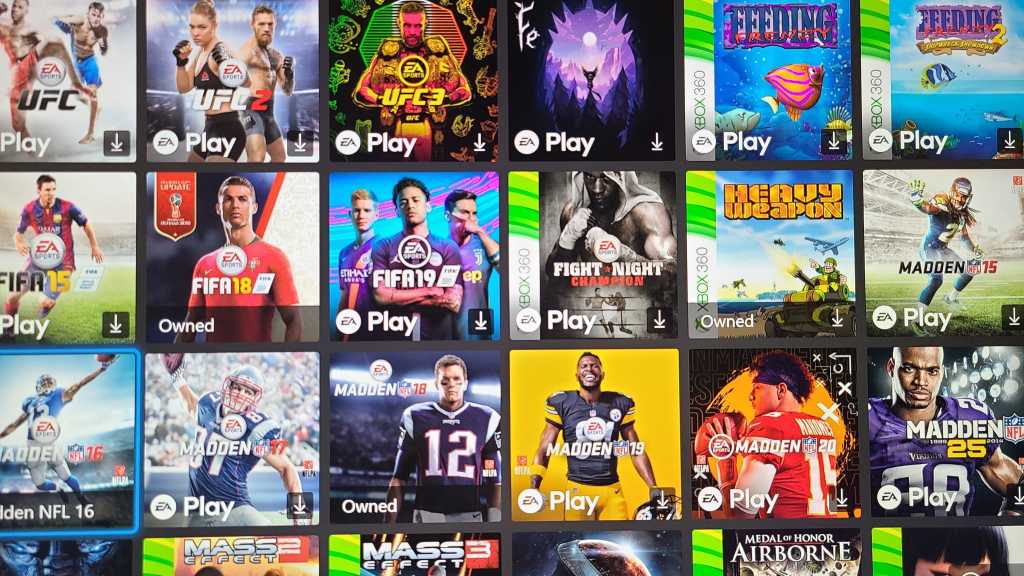 Microsoft’s Game Pass for PC may be the best deal in gaming, and we’ve previously listed five reasons to back that up. Now we can add a sixth: Even more games from EA Play are joining Xbox Game Pass for PC on December 15—or they were supposed to.

“We established this partnership with Electronic Arts because they are as passionate as we are about helping people and communities discover great games, and we knew we could provide a great experience for members by working together,” Microsoft said in a blog post. “In order to deliver on that, we need more time to provide the Xbox Game Pass experience.”

If you’re an Xbox owner, you already know what we’re talking about: Over 60 games from EA Play became available to Xbox owners on November 10, including sports titles like the latest Madden NFL 20, FIFA 19, UFC 2, and Fight Night Champion. Other titles included the Battlefield series, Mass Effect, and more. Now, at least some of them are coming to the PC, too. At press time, there were a whopping 229 titles available for you to play on Game Pass for PC—and that’s before EA adds the new titles.

“This one isn’t a single game but a whole Play List of them for you PC players – coming December 15, Xbox Game Pass Ultimate and Xbox Game Pass for PC members will be able to download and play games from the EA Play library on Windows 10 PCs via the EA Desktop app currently in beta!” said Megan Spurr, the community manager for Xbox Game Pass, in a blog post.

Microsoft has tried to make sure that owners of its new Xbox Series X and Series S consoles have reason to cheer. Though the console’s launch lacks some of the high-profile AAA titles that gamers may have hoped for (sorry, Cyberpunk), Microsoft has done its usual fantastic job of establishing the console as a platform. Virtually its entire catalog can take advantage of its fantastic Quick Resume feature to quickly get you back in games, and most of its library dating back to the original Xbox is playable on the new console. The new additions to Game Pass for PC ensure that PC gamers don’t feel left out.

If that’s not enough, remember that Game Pass Ultimate brings with it the ability to play games via Microsoft’s cloud gaming service, formerly known as Project xCloud. More titles are coming to this service, Microsoft said: Dragon Age: Inquisition, Madden NFL 20, Mass Effect: Andromeda, and The Sims 4, among others.