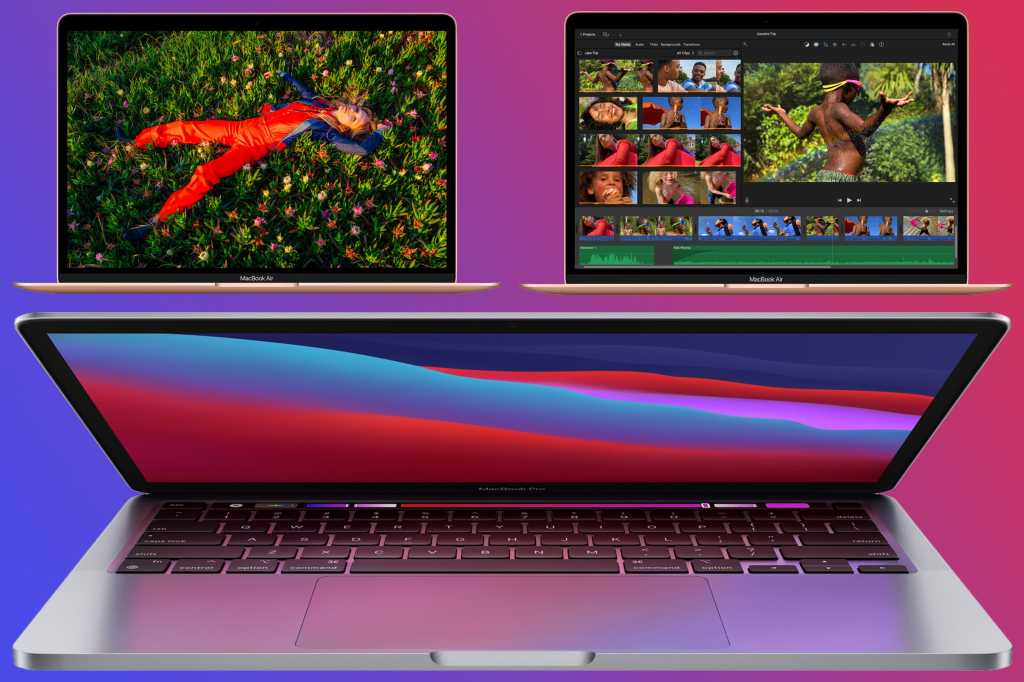 After a 15-year hiatus, the Cold War between PC and Mac began anew when Apple unveiled two new Mac laptops using its Arm-based M1 chip instead of an Intel x86 CPU.

The Mac is therefore no longer a “PC” as classically defined by tracing lineage from the IBM PC 5150 running DOS and its derivative OSes. The new MacBooks are computers you use personally, they are not PCs.

Is that just semantics, or does it really matter? Before you click that “buy now” button, we’ll help you understand just what you’re getting into if you choose a new Mac over a traditional PC.

Why you should buy a PC laptop instead of a MacBook

We had high hopes for the new MacBook—so many hopes that we actually made a list of items Apple needed to copy from Windows laptops. Instead what we got was mostly the same old shell wrapped around some new guts.

Those hopes are still worth spelling out for people who can’t believe you can’t get them on a Mac. Things like…

If you don’t believe in having touch on your laptop, you probably should fish that BlackBerry out of your pocket. If, however, you understand that touchscreens and pens are actually a thing today, then your best choice is to get a PC laptop instead of that MacBook.

While clamshell laptops will always have their place, the 360-degree hinges you’ll see on convertible laptops are far more versatile. You can even spin it into a tablet to sign a document. While the convertible design typically comes with a small performance cost, it’s so versatile, it’s hard to go back to a small clamshell-only laptop afterward.

You can run Windows

Don’t believe the people who say “the Mac is a better a Windows laptop.” It’s a nice idea, but think of it this way: It’s not exactly in Apple’s interests to make Windows 10 run better on a MacBook than MacOS, is it? Sure, the Intel-based Mac can boot into Windows, but that feature is probably gone with the new Arm-based version.

Value is the eye of the beholder, but it’s hard to argue against real competition among a dozen PC vendors with dozens more designs. You typically get more RAM, more storage and more features for your money on the PC side thanks to competition. That’s simply not true for Apple’s laptops, unless you count resale value (see below).

Why you should buy a MacBook instead of a Windows laptop

The sign of not being a hater is to be open-minded to all views, even if you would never, ever consider the other side as an actual option. So let’s be fair about what the MacBook brings to the table.

The MacBook might be faster (in some things maybe?)

While we think Apple overstepped by saying the new MacBook Air is “faster than 98% of Windows Laptops,” the company’s Arm-based, 5nm M1 chip is still worthy of respect.

Apple’s new SoC/CPU appears to have everything it needs to carry MacBook users to a faraway land without an x86 in sight. Just how fast it is, and in what areas, we don’t know yet. But if we had to guess, we think the gravity of tens of billions of dollars of investment creates its own reality. There will indeed be many applications where we suspect the M1 will make a Core i7 or even Ryzen 7 sweat. What we don’t know is where it’ll run slower, but like we said, that’s nothing a few billion dollars can’t fix. So if you’re ready to cash it all in and quit the PC so you can tightly pair with your iPhone, this probably isn’t a bad time to do it, and you’d probably be just fine with it.

You want to look ‘cool’

Some people believe having an Apple logo on a laptop makes them Think Different. We’re not sure how that can be true considering it’s basically one product from one of the richest corporations on the planet, and you really have few options or choices—but we get it. If you pull out a Windows PC at your Pilates class, you’re not cool. To conform with what the cool kids are doing, a MacBook is still the laptop to beat.

One of the strengths Apple has had is in tech support. With a PC, you typically call the support line or sit in a virtual chat trying to figure out why some driver is going bonkers. With a MacBook, you can book an appointment at an Apple Store and meet a ‘Genius’ face-to-face to get something fixed. That human touch really goes a long way for many people.

The dirty secret of most laptop vendors is they don’t actually make a laptop. It’s made by a large factory that makes laptops for other vendors, too. But the value of branding matters. The MacBook is the only brand for which people will pay irrational amounts of money not just for a new model, but an older one, too.