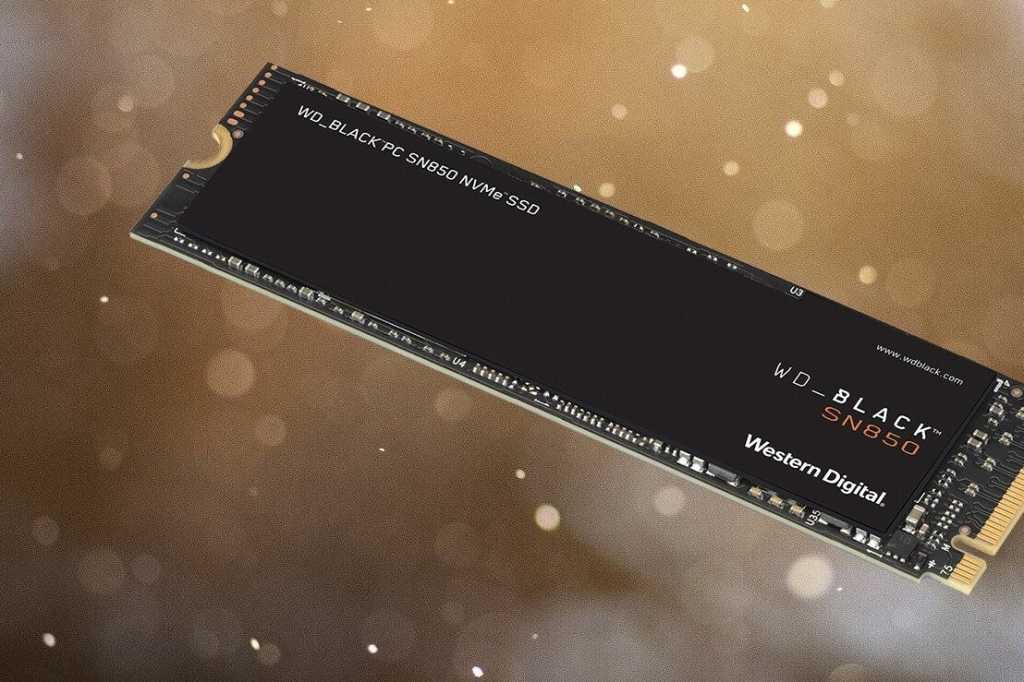 The WD Black SN850 NVMe SSD is one of the very best consumer NVMe SSDs you can buy currently, with outstanding performance, especially on writes. The price is high, but if you have the PCIe 4 interface that unlocks its greatest powers, this drive is worth the investment.

The WD Black SN850 gives you a second great choice when it comes to pick-of-the-litter NVMe SSDs—Samsung’s 980 Pro being the other. This assumes of course, that your motherboard sports a cutting-edge PCIe 4.0 interface. Currently that means late-generation AMD Ryzen with Intel’s next-gen piling on soon. If that’s not you, a PCIe 4 SSD is still a good way to future-proof your performance.

The SN850 is rated for 300TBW (TeraBytes that may be Written over the life of the drive) for every 500GB of capacity, and warrantied for five years. I’ve never heard of a vendor backing off the warranty unless you’re drastically over the TBW limit.

The SN850 is a PCIe 4 drive, which means you get a nice boost in performance in systems that support it (late-Gen Ryzen, upcoming Intel). Most of the SSDs showing up on our door right now are PCIe 4; however, we’ll continue to include legacy PCIe 3 testing, as most users are still using the older version of the high-speed bus.

The SN850 we tested was a 2TB model, while the Samsung 980 Pro to which we compare it was 1TB. While neither drive slowed down during the long write, higher-capacity drives have more NAND to play with, which can help with caching decisions.

The 2TB SN850 that I tested turned in great numbers, trading wins with the 1TB Samsung 980 Pro. The SN850 prevailed in the CrystalDiskMark 6 sequential write test by a small margin, for instance, but it trailed by nearly 1GBps in the CDM sequential read test—a substantial margin. However, the random 4K performance of the drives is nearly identical. That last test is largely what determines how sprightly the drive feels when running an operating system.

The 48GB transfer tests told pretty much the same story as CrystalDiskMark 6. The SN850 is very competitive with the Samsung 980 Pro, but it couldn’t quite pull out the victory.

Then there was this, in our 450GB single-file write test (see below).The SN850 was a monster, shaving a whopping 49 seconds off of the 980 Pro’s time. Only WD’s AN1500 RAID 0, dual SSD card has posted a faster time (194 seconds). Whatever WD’s doing with long writes (the extra NAND available in a 2TB model likely helped), the company should keep doing it.

Both the SN850 and 980 Pro are super-fast SSDs that don’t slow down during long writes, but the WD is special with very large files. You may not perform such a task very often, but the WD still chalks up a win.

The WD Black SN850 is a fantastic NVMe SSD, proving itself a little to a lot faster writing large files than other drives. The Samsung 980 Pro is a faster reader and probably the better all-around performer, but by a rather slim margin. If you’re looking for the ultimate in single SSD PCIe4 storage performance, you won’t go wrong with either. Your choice.