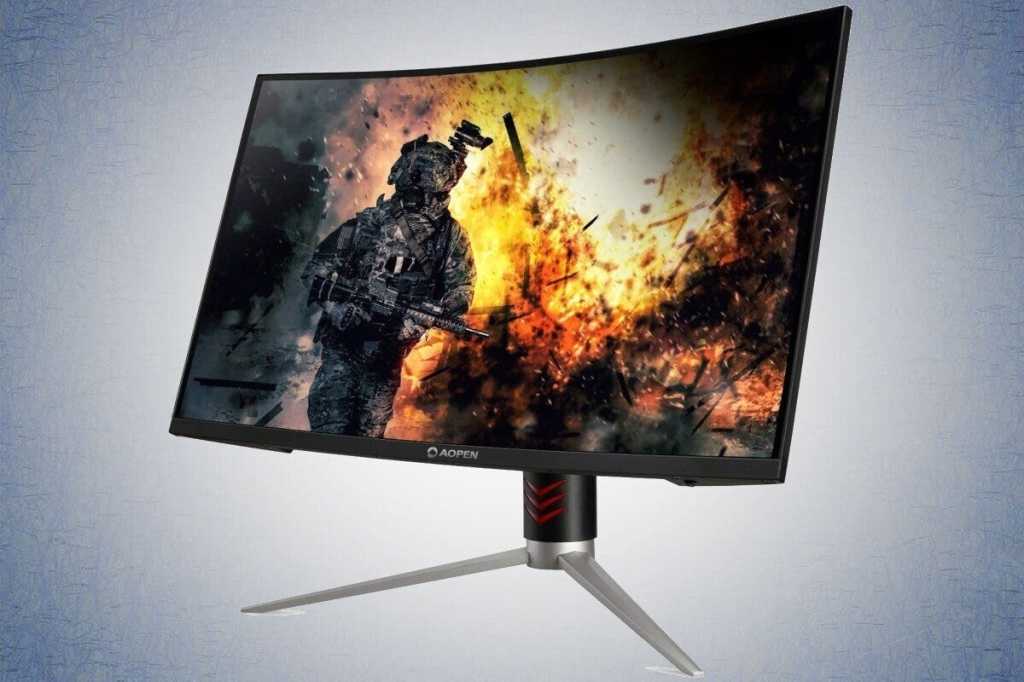 Running a gaming PC is a lot like being a car enthusiast. You want to get the best parts available, tune them to your liking, and then get out onto the open road, so to speak. The funny thing is, even with the best graphics card and CPU, a gaming PC can’t demonstrate its full glory without a solid gaming monitor to bear witness.

But what to look for? Display shelves are packed with myriad choices, and a variety of specs: 1080p, 2160p, 4K, HDR, refresh rate, response time, color gamut, IPS, ultrawide, curved, and so on.

With so many options, where do you begin and how do know what matters most? Choosing the ideal gaming monitor gets easier once you decide on the resolution you want, and understand how different features will affect your experience. Price matters too, of course, but with sale periods like Black Friday, Prime Day, and general deals throughout the year, pricing can be more flexible for the patient shopper.

Here’s a look at the key features you want in a monitor, as well as some recommendations on what to buy.

The first thing to think about is the monitor’s resolution, and this depends entirely on what your graphics card is capable of. There’s no point getting a 4K monitor, for example, if your graphics card can only handle the lower resolution of 1080p. The only caveat to that would be if you plan on upgrading soon and want to “future proof” by getting a higher-resolution monitor before you get the new GPU.

If you’re shopping for a new graphics card to go with your new monitor, read our roundup of the best graphics cards for PC gaming at every resolution (it has budget recommendations too!).

1080P: Standard 1080p monitors have a resolution of 1920×1080 pixels. This is still the most popular resolution for gaming, according to the Steam hardware survey. Graphics cards in this range include the Nvidia GeForce GTX 1650 Super, GeForce GTX 1660 Super (our favorite 1080p GPU), and the AMD Radeon RX 5500 XT.

The benefit of 1080p is that it’s the most affordable kind of monitor you can get and is readily available pretty much anywhere.

1440P: The step up from 1080p is 2560×1440 pixels, a nice middle ground between 1080p and 4K. These 1440p monitors are widely considered PC gaming’s sweet spot, providing a noticeable fidelity boost over 1080p monitors without forcing you to break your budget. Solid choices for graphics card in this range include our favorite 1440p graphics card the GeForce RTX 3070, as well as the Radeon RX 6800.

4K: Finally, there’s 4K, which is also called UHD (ultra-high definition) and has a resolution of 3860×2160 pixels, offering four times the number of pixels of 1080p (double the density in both width and height). It’s the most coveted resolution because of its supreme clarity and, when paired with HDR (high dynamic range), 4K offers an incredible image. To game on a 4K display without visual compromises, you need a high-end graphics card such as the GeForce RTX 3080 or AMD’s Radeon RX 6800XT.

8K: We’re also in the very early days of 8K, which offers four times the pixel count of 4K. But gaming at 8K is expensive, and the gaming industry isn’t there yet. Enthusiasts can, of course, adopt early with the GeForce RTX 3090, but it’s not cheap and you’re likely to get better value from 4K at the moment.

Refresh rate is one of the key features for gaming since it’s so closely tied to frame rates. A monitor’s refresh rate indicates how often it displays a new image measured in hertz. Essentially there’s a 1:1 relationship between the refresh rate produced by the display and the frames per second (fps) pushed out by the graphics card. So a monitor with a refresh rate of 60Hz can display up to 60 frames per second, which is considered the minimum standard frames-per-second for PC gaming. A game at 30fps is still playable, but 60fps is always the goal.

Once you’ve tried a 120Hz or 144Hz, it’s hard to go back to 60Hz, even for productivity tasks. If you’re an e-sports enthusiast, blistering 240Hz and even 360Hz panels are available, but they’re very expensive and limited to 1080p resolution.

In addition to refresh rate, response times are also an important factor. It dictates how fast it takes a monitor at the pixel level to shift from one color to the next. A lower number is better here, as a poor response time can cause ghosting and other visual artifacts to appear. Many monitors have a 5ms or 4ms response time, which is acceptable, although 1ms (or sometimes even lower) is best for gaming.

Adaptive sync comes in two flavors: Nvidia G-Sync and AMD’s royalty-free FreeSync. The latter is by far the most common and the cheapest for manufacturers to add, which is perhaps why Nvidia’s GeForce graphics cards now work with FreeSync. Using FreeSync with a GeForce card is fine, but for the truly best performance it’s still better to use G-Sync with Nvidia cards.

Here are two good monitors to consider, one rocking FreeSync and one with G-Sync:

Display size for computer gaming really comes down to personal preference. The one thing to keep in mind is that screen size, resolution, and pixel density are all related. Generally, the larger the number of pixels per inch (ppi), the better the image. Density correlates with sharpness. There are all kinds of ppi calculators online to figure out what you can expect at each resolution.

In general, any modern monitor that’s between 24 and 32 inches will be just fine for gaming. Obviously, the higher the resolution, the higher the pixel count, which does improve image quality. But if you love the notion of a large display, and can only afford a 1080p display at that size, just go for it.

Anyone in the market for a 4K monitor should seriously consider the addition of high dynamic range if they can afford it—HDR monitors come at a steep premium. HDR allows for a drastically wider range of color variation, which means a better picture overall. The difference between HDR and non-HDR is simply stunning.

The secret, however, is that the quality of HDR is dependent on the display’s brightness level. If an HDR monitor is less than 1,000 nits, you’re really just buying into marketing hype. The picture on an “HDR-ready” monitor may be marginally better than an average 4K monitor, but to get true HDR you need a bright display and that will cost you.

Here are some good choices for monitors with 4K resolution and HDR:

There are two major types of panels used for gaming displays: TN and IPS (short for twisted nematic and in-plane switching, respectively, which describes their different underlying pixel-rendering technology.) Both can be suitable for gaming, so it really comes down to what you prefer. (There’s a third panel type called VA—vertical alignment—which largely splits the difference between TN speeds and IPS color reproduction, with excellent contrast ratios.)

TN panels tend to have lower response times, which means less chance for “ghosting” issues, where visual artifacts briefly remain on the screen. But TN panels have a narrower viewing angle, so if you are viewing from outside the sweet spot—say, your monitor is angled slightly—it might be harder to see details, especially in darkly lit scenes.

TN panels also have a more “washed out” look, where the colors don’t pop the same way they do on an IPS display. Still, some gamers prefer having those lower response times despite the color and viewing angle tradeoffs.

IPS, meanwhile, is a visual treat, but you don’t get those 1 millisecond response times as with TN. At least, not typically. For about a year now, there have been IPS displays with 1ms response times, but they tend to be more expensive.

Color space, meanwhile, is how faithful a monitor is to a defined set of colors such as sRGB or AdobeRGB. Accurate colors are always better, but it’s most important for content creation work.

Here are some good TN panels for gaming:

If you want to go with an IPS display, give these a try:

For the most part, when you look at a standard display, you are looking at a screen with a 16:9 aspect ratio. But when you start looking at curved displays, you’ll come across ultrawide monitors with aspect ratios like 21:9. These types of displays are generally more immersive, but they do look different than what you’re used to, and have a “learning curve” of a few days before they feel natural.

Curved monitors are intriguing since they add depth simply by changing the shape of the screen. The curve of a monitor is displayed as “R,” which stands for radius, or how big the monitor would be if it formed a complete circle. A 1000R monitor would form a circle with a radius of 1,000mm, or 1 meter, for example.

Some people love these types of monitors, especially with games that feature large vistas, such as driving games or flight simulators.

Curved monitors and ultrawides are nice to look at, but they are also 100 percent a “luxury” features. Specs such as adaptive sync, display resolution, and HDR are all things that should take priority before venturing into this territory. Admittedly, many of these important features are common on premium curved and ultrawide monitors.