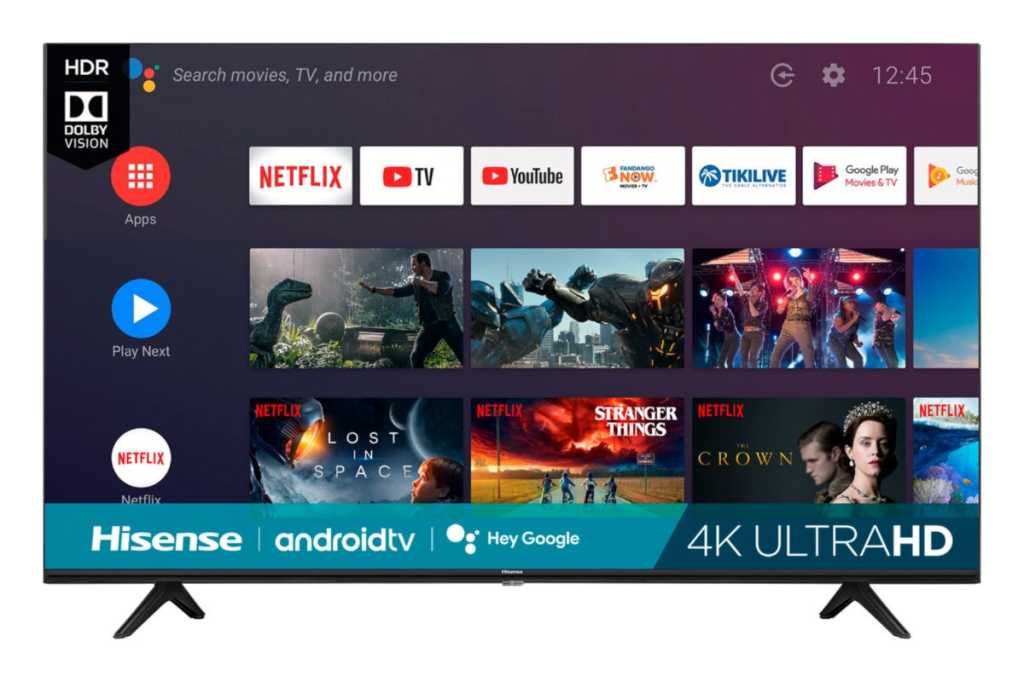 Forget about Black Friday, one of the best TV deals at Best Buy this year comes the day after. On Saturday, November 28 Best Buy is selling a Hisense 65-inch 4K Android TV for $250Remove non-product link as one of its weekend doorbusters. That’s half off the MSRP and an absolutely bonkers price for a 4K TV of this size. Don’t expect it to last long, though Best Buy hasn’t said the exact time that this deal will go live.

This 65-inch TV comes with almost all the trimmings including DTS Virtual:X surround sound, three HDMI inputs, and it works with both Amazon Alexa and Google Assistant for hands-free voice control. For connectivity it includes Wi-Fi and built-in ethernet. The marketing also says it supports Dolby Vision HDR and HDR10, but it appears this set doesn’t have the peak brightness for that true HDR effect. These features will likely improve the image, but it’s not true HDR no matter what the claims say. Still, did we mention this is $250?

With Android TV included you get all the popular streaming apps such as Disney+, HBO Max, Hulu, Netflix, Amazon Prime and more. It also has Bluetooth audio and Chromecast built-in.

Hisense includes a Motion Rate 120 feature that is supposed to make fast-paced action clearer, but these types of motion smoothing features often create an artificial look to video. Thankfully, you can turn this feature off if you don’t like it.

This deal is not likely to last long—Best Buy doorbusters never do—so get in on it while you can.