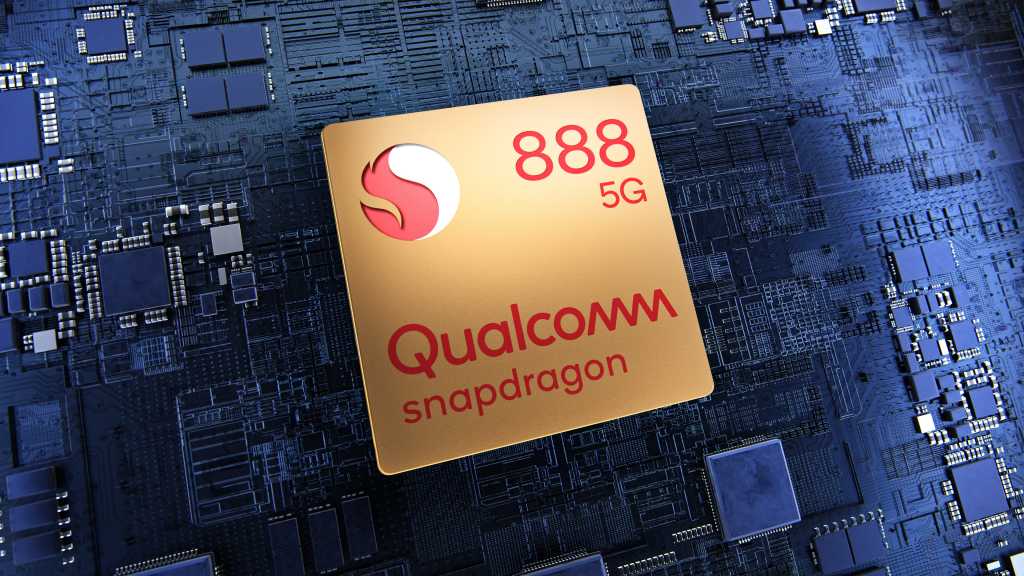 Qualcomm has unveiled its newest flagship processor for the next group of premium Android phones and as always, the Snapdragon 888 brings a slew of enhancements over the 865 as well as a larger-than-expected leap in numbering all the way up to 888. Granted, Qualcomm hasn’t really stuck to a deliberate naming scheme for its chips, but the past few versions (beginning with the 835) have increased by a multiple of 10. Skipping 23 numbers signals that the Snapdragon chipset is entering a new era in its development.

So why 888? The most logical answer is because of China. The culture places significant emphasis on numbers. OnePlus went from the 3T to the 5 because the number for “4” sounds too close to the word for “death” in Chinese, for example—and it doesn’t get any more superstitious than the number 8. Since 888 translates to triple fortune, it’s extremely lucky in Chinese numerology.

But while respecting Chinese superstitions makes sense for OnePlus, Qualcomm is a U.S. company, which makes the choice of 888 for its Snapdragon numbering system a little curious. While there are some excellent Snapdragon-based handsets coming out of China, the Snapdragon 8 Series processors have traditionally powered some of the biggest U.S. phones from Samsung, LG, and Google, and we assumed that would continue with the next generation of chips.

That might not be the case. While Qualcomm’s announcement was filled with the usual rhetoric about how the 888 will “will set the benchmark for flagship smartphones in 2021,” there was a conspicuous lack of companies who sell phones in the U.S. among the list of early adopters, chief among them Samsung. While that could just be for a dramatic entrance, there’s a lot of evidence to suggest Qualcomm is losing its biggest partner.

The Snapdragon 888 is easily the best processor Qualcomm has ever made, at least on paper. Along with a 25-percent performance boost and 35 percent faster graphics rendering compared to the 865, it features an integrated 3rd generation Snapdragon X60 5G Modem-RF System, which will “deliver the world’s fastest commercially available 5G speeds, up to 7.5 Gbps” and do a better job with heat and power demands.

Also on board is “the biggest architectural leap forward in AI” with the sixth-gen Qualcomm AI engine as well as Spectra 580 ISP, the first to feature a triple Image Signal Processor capable of capturing three photos or 4K HDR videos at the same time. And you’ll get security enhancements, gaming boosts, and OLED improvements, Wi-Fi 6e support, and “a new class of crisp, reliable and responsive audio.”

Those are all features and enhancements that would make the Galaxy S21 pretty incredible, but this year Samsung might not be on board. It’s not just that the company wasn’t part of Qualcomm’s announcement. It’s also that Samsung has yet to announce its next-generation Exynos flagship processor, which usually arrives in the fall ahead of Qualcomm’s newest chip.

Rumored to be named the Exynos 2100, Samsung has reportedly re-engineered the chip with a custom AMD Radeon GPU and the same Cortex-X1 CPU that powers the 888. Samsung has traditionally struggled to meet the graphics and power efficiency benchmarks that Qualcomm delivers in its 8 Series chips, but if the company has solved those issues with the 2100, it could be a game-changer. Qualcomm’s terms and pricing were notoriously strict with the 865, leading to some sky-high prices for Samsung’s top-of-the-line handsets, and switching to its own home-grown chips could alleviate those costs.

Those rumored specs would finally bring Samsung’s top-of-the-line Exynos chip, which already powers many of its overseas flagship phones, up to a level playing field with Qualcomm’s latest and greatest processor. And if so, it would finally be ready for the demanding U.S. audience and could push Qualcomm out of the high-end Galaxy lineup for good, which would be a huge blow for the chipmaker.

Squeezed from both ends

Earlier this year, Google made the surprising move to make the Pixel 5 a mid-range phone rather than a premium one, opting for the slower Snapdragon 765G over the 865 to keep costs down. Google will probably stick to that trend in 2021, assuming Qualcomm announces a successor before Google the Pixel 6 launches next fall.

So that could leave LG and OnePlus as the main flag bearers for the 888 in the U.S. with the G9 ThinQ and 9 Pro, respectively. Those are fine phones, but they both will likely be very dependent on carriers. LG stopped offering unlocked models with the Wing, giving the carriers full control over pricing, bloatware, and updates. And OnePlus has an on-again-off-again relationship with U.S. carriers not named T-Mobile, with none of OnePlus’s 2020 phones delivering support for Verizon’s mmWave networks.

And if the next Exynos chip is as good as rumored, it could put even more pressure on Qualcomm going forward. Samsung already licenses its chips for Motorola phones, and there are rumors that Oppo and Xiamoi could be next. While those phones will likely be budget models to start, it shows an increasing rift between Qualcomm and Samsung, which not too long ago were major partners on chip design and fabrication. If Samsung can offer similar speeds at a lower price, Qualcomm’s dominance among middling phone makers like LG and Sony could start to fade.

We’ve already seen what Apple can do with an in-house chip, so Qualcomm has reason to be concerned. Of course, until Samsung announces the Galaxy S21 we won’t know for sure what chip is inside it, but it’s looking like it won’t be the Snapdragon 888. Even if it is, it’s clear that Qualcomm is increasingly looking to China to shore up its premium chip sales. And its fortunes might not rest on the Snapdragon 888’s benchmarks and pricing, but on Samsung.