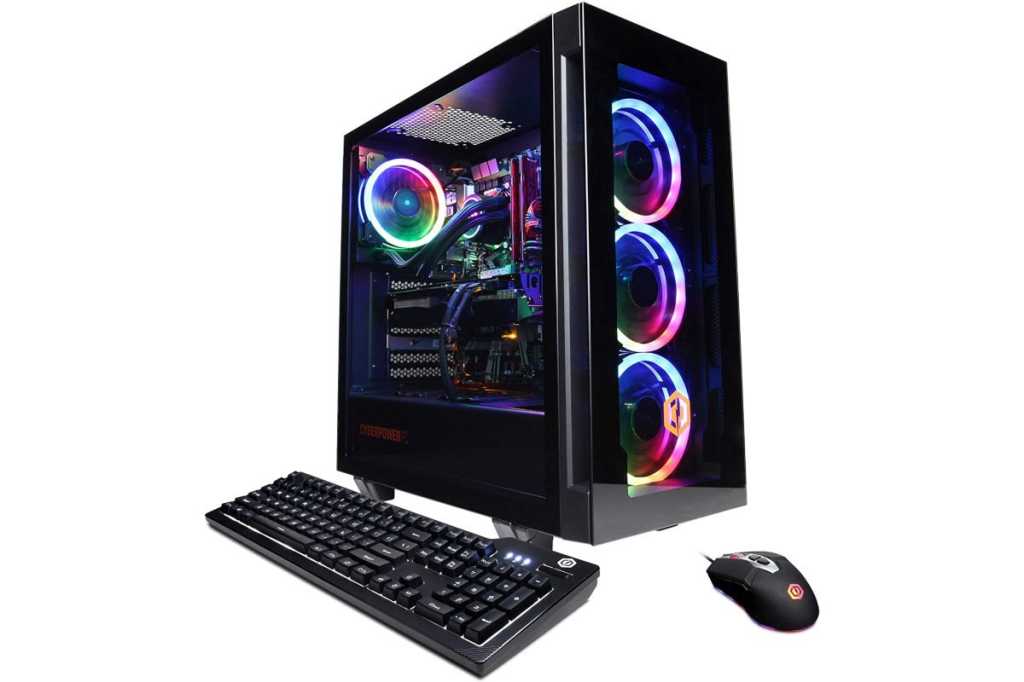 One of the important rites for the clan of PC gaming is to build your own computer, but sometimes it’s just easier to pay someone else to put it together. For people who simply want to grab and game, Amazon is throwing a one-day Cyber Monday sale on desktops, laptops, and monitorsRemove non-product link. Here are our favorite deals from the sale.

First, we found a CyberpowerPC Gamer Supreme desktop for $1020. This PC rocks an eight-core Ryzen 7 3800X processor, 16GB of RAM, a 1TB NVMe SSD, and an AMD Radeon RX 5700 XT graphics card. It also has a liquid CPU cooling system. The Radeon 5700 XT is a solid 1440p graphics card, one terabyte of onboard NVMe storage is great, and the liquid cooling is a nice addition.

If you want a monitor to go with the desktop PC above, the HP X24c 1440p gaming monitor is $190, down from $230. This 24-inch monitor has a 1500R curve, a 4ms response time, FreeSync, and a blistering 144Hz refresh rate. If you’d like to check out a few more monitors today, Amazon is also throwing a Cyber Monday sale on Samsung displaysRemove non-product link.

Finally, for those who want to game on the go, there’s the Acer Nitro 5 gaming laptop for $973, down from $1,150. This 17.3-inch laptop has a 1080p 144Hz display, a Core i7-9750H CPU, an Nvidia GeForce RTX 2060, 16GB of RAM, a 256GB NVMe SSD, and a backlit keyboard. It’s a nice bit of kit for gaming, and while the processor is generation behind, it still chews through games without breaking a sweat as the last-gen flagship. The GeForce RTX 2060 should pump out enough frames to keep the blazing 144Hz screen fed well even in modern games, and as an “RTX” GPU, it lets you activate beautiful real-time raying effects in titles that support it.

There are plenty more laptops, desktops, and monitors where these came from, but act fast if you’re interested, as these Cyber Monday deals will disappear come Tuesday.